http://www.amazon.com/Delta-Machine-Deluxe/dp/B00BU2SIW4/ref=sr_1_2?ie=UTF8&qid=1365449064&sr=8-2&keywords=Delta+Machine
InfoBarrel is a writing platform for non-fiction, reference-based, informative content. Opinions expressed by InfoBarrel writers are their own.
InfoBarrel > Entertainment > Music

Depeche Mode is still rocking after 33 years with the release of their 13th studio album, Delta Machine. One would be amiss to regard Depeche Mode as simply a pop band; Depeche Mode has proven their musical prowess by consistently making enjoyable, catchy songs, drawn from many musical influences such as rock, blues, jazz et al.

Although Depeche Mode still adheres to synthesizers to formulate their songs, they use guitars and drums to build on this synthesized foundation. This is evident in their newest album Delta Machine, released March 22, 2013. Additionally, Delta Machine is a robust album, containing 17 songs (76 minutes of music) on the deluxe version.

When asked of his thoughts on Depeche Mode’s 33 years in the music industry and the making of their newest album Delta Machine, Martin Gore stated, “I look forward to everyday in the studio when we’re working. You know, it’s a joy to get up and go to work. I find it a miracle that we’re, you know, still able to do this, this far into our career.”

A founding member of the band, Andrew Fletcher commented on Depeche Mode’s endearing nature and the appeal of their latest album, “It’s a fairy tale for us in the band, you know? We never dreamed of this. Uh, but one thing we knew is we, you know…we wanted keep it as well once we got it.”

Delta Machine is a joy to listen to from start to finish. From the dark, pulsing rhythms of Welcome To My World through the soulful simplicity of Heaven, to the evocative, introspective Alone, the entire album flows and brings the listener through myriad of emotions, which is what a long time fan of Depeche Mode has come to expect.

The sound and feel of Delta Machine is different from previous albums in the sense that it seems Depeche Mode is turning over new ground and that it has a distinct sense of direction. That is not to say Depeche Mode has lacked direction in the past. The boys from Basildon, England from whence Depeche Mode hails manifest their distinction and determination on Delta Machine more than they have on previous albums, especially after the departure of Alan Wilder, one of Depeche Mode’s technically savvy members. Alan Wilder contributed a distinct sound and direction to Depeche Mode with his keen understanding of music and the technical intricacies of making music using samplers and synthesizers. Seemingly, Depeche Mode struggled with direction after Wilder’s departure in 1995. However, with the release of Delta Machine the band has regained that determination and direction, albeit a different one. With this new found assuredness within the band, the album takes on a life of its own, springing to life in the audio landscape. What ensues is pure listening bliss for the fan.

Of one of the strongest, emotionally charged songs on Delta Machine entitled Heaven, lead singer David Gahan said, “To me, Heaven is one of the reasons why I still make music. Once in a while a song comes along… it’s something that I have to sing; it’s not something I want to sing. It feels like it’s, um, you know, putting on a pair of boots that I’ve worn for years that I love. It fits.” David’s voice truly comes across powerful, full and sentimental in Heaven. Listeners will “slowly lose themselves, over and over,” upon hearing this song, in the sense they will be encapsulated and astounded.

Delta Machine is worth its purchase price and can be listened to again and again without losing its appeal. 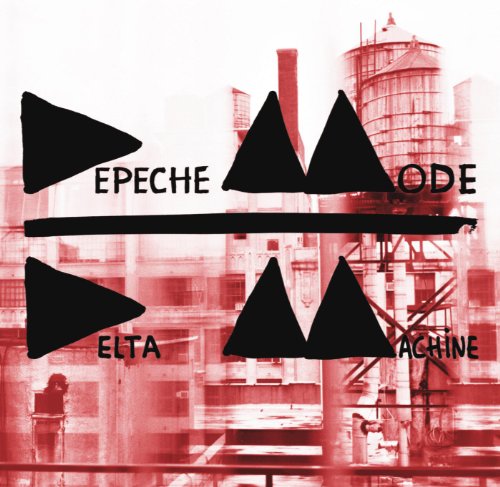 Delta Machine (Deluxe)Amazon Price: $14.99 Buy Now(price as of Jun 15, 2014)
Next >> Learn to Love Classical Music. Find Out What Amazing Songs You May Have Been Missing!