Design & the Decorative Arts Georgian Britain 1714-1837 examines innovations in manufacturing methods, changing tastes and fashion trends in Georgian Britain from tableware to wallpaper and from ceramics to clothing.

The publication is part of a series that includes Britain 1500-1900, Tudor and Stuart Britain 1500-1714 and Victorian Britain 1837-1901. All titles in this range are written and edited by Michael Snodin and John Styles. The publication contextualize items from the V&A's British Galleries and includes many more items than are actually on display.

Design & the Decorative Arts - About the Book

This is a book about design in Georgian Britain. It is not a book about Georgian history although the Introduction and Foreword touch upon it in order to put artists and designers in their correct historical context. The authors define 'Georgian' as "the pinnacle of elegance and refinement" and have included works by Thomas Chippendale, Robert Adams, Thomas Sheraton, William Hogarth, Joseph Wright, Sir Joshua Reynolds and many others.

The publication asks what is uniquely British about British design between 1714 and 1837. Through a wide variety of objects such as furniture, textiles, clothing, metal wares, ceramics and graphic works, as well as a range of products associated with the phrase 'industrial design', it also asks how that 'Britishness' was constructed.

Design & The Decorative Arts is divided into four main sections and poses a number of interesting questions:

John Styles is closely associated with the Royal College of Art and the V&A. He is the author of several publications including The Dress of the People: Everyday Fashion in Eighteenth-Century England and Threads of Feeling: The London Foundling Hospital's Textile Tokens 1740-1770. 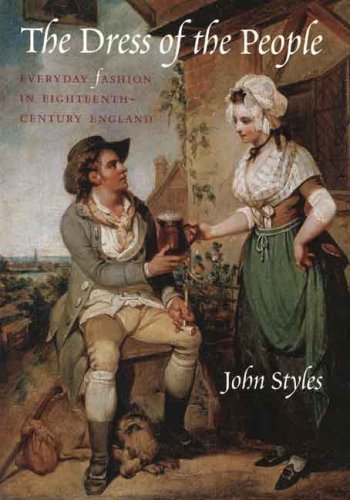 A Fascinating and Informative Publication

This publication is a fascinating and informative read that brings the consumers of Georgian Britain alive through a scholarly, yet easily understood narrative.

More About Georgian Art and History

If you're looking for more about Georgian society, art and history Georgians Revealed - Life, Style and the Making of Modern Britain or Stowe House and Landscape Gardens - Georgian House Restored for the Nation might be of interest.