Lionel is a proto-nerd who enjoys time with his wife, retrogaming, roguelikes, horror and psychological suspense movies.
InfoBarrel is a writing platform for non-fiction, reference-based, informative content. Opinions expressed by InfoBarrel writers are their own.
InfoBarrel > Entertainment > Games

As a child, I was on the end of the psychoactive cultural movement that spawned Wild Wild West, Beyond Midnight, The Prisoner, and Lost in Space.  These shows featured bizarre and surreal situations, clunky 1960s computers, and English accents aplenty.  I never thought a designer would be able to translate this atmosphere into a reasonably enjoyable app, but Simogo has come up with a genre-breaking 60s-style game that brings me back.With cryptic intros and sparse white typeset pages, Device 6 takes the player into a drag- and touch-activated graphics-supported text adventure.

Players take the role of Anna, a young woman on an increasingly strange trip through the English countryside.  Sentence by sentence, the story stretches across several screens, sometimes turning at right angles or branching off.  The text has stranger moments, à la House of Leaves lite.

Each chapter is arranged so that text can be dragged through odd sound clips until clues and puzzles are reached.  While the stop-and-start sound clips sometimes feel forced and border on tacky, they always emphasize the weirdness.  An echoing exchange with a jaunty man in a well exemplifies the saturated madness of the game.  Clue scenes are usually parallaxing images that look like they were taken from some obscure publication of the times.  Puzzles are animated images, sometimes touch-activated, but mostly manipulated through arcane-looking buttons near them.  One security lock resembles a Game Boy puzzle, but otherwise the game induces flashbacks of sixties computers and newspaper word games.

Literate storytelling accompanies the puzzle experience.  It's rich enough not to hammer on game clues every other sentence, so sinking into the atmosphere is not difficult.  Since Device 6's puzzles are choke points, you may find yourself revisiting several locations in an effort to progress.  My only gripe is that sometimes the atmosphere is smudged a bit by references to microwaves and ATMs, both of which divert the game from its 1960s-inspired atmosphere.

The puzzles are subtle, akin to cryptic crosswords where one needs to anagram, reverse, or otherwise transpose words.  So far each puzzle I've done has made sense, but required some serious thought.  Chapter 3, which features a numberless safe, took about a month, off and on, to figure out.  To the game's credit, each clue has been there right in front of me.  Chapter 4 is a breeze, and Chapter 5, though obvious enough with a second look, prompted me to search for hints within the gigantic red herring that is Jonathan Eng's bonus song for the game.When each chapter is completed, a modern-looking survey pops up, first asking relevant questions before descending into psychobabble that takes itself just seriously enough to avoid camp.  The biggest letdown of this segment is that your choices have no effect on anything, like points earned, story branches, endings, and so on.

Device 6 has an ending as bleak as that of Like A Velvet Glove Cast In Iron, by Shia LaBoeuf's extremely reluctant muse Daniel Clowes.

If you like slower-paced symbolic puzzlers, don't mind a progress-contingent soundtrack (there's no way to switch off Jonathan Eng, literally), and miss the trippiness of old school soft sci-fi, Device 6 is waiting to be powered up. 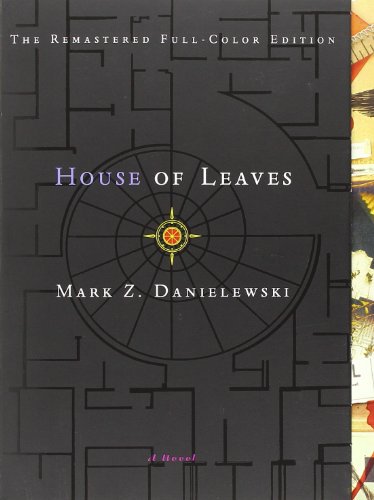 House of Leaves Amazon Price: $21.00 $10.50 Buy Now(price as of Sep 1, 2015)
A mind-bendingly sweet mess of increasingly psychotic typsetting and supernatural concepts. Love it.
Next >> No Man's Sky - How to Efficiently Farm Money