Dewalt Cordless Drills, So Easy To Use

Dewalt carries an entire line of power tools. They manufacture everything from Dewalt cordless drills, impact drivers, and they even make cordless nailers, and saws. I enjoy the functionality of their cordless products. As long as you keep the Dewalt cordless batteries fully charged you can work with a single battery for hours. A battery will come with the product, but you should purchase a second battery when you buy it. The variable speed setting on these makes them perfect to use as a drill, or you can slow them down to be used a power screwdriver.

I always have two Dewalt cordless drills on hand when I do a project such as making a deck. One of them is used to drill pilot holes and the other is used as a screwdriver to power in the deck screws.

The second reason that you should purchase a second battery or even a third is that no matter how high quality of a one that you buy, it will eventually run down and before it dies, it will become very weak. Weak batterys are not capable of turning a screw or drilling through wood. Having a few fresh batteries is always a good idea.

Before you insert the drill bit, run the drill to ensure that your Dewalt cordless drill battery is fully charged. A fully charged battery will run the drill so fast that it will make a high-pitched whine. This sounds good to a carpenter who depends on his drill.

Dewalt cordless drills are awesome tools. I love my 18 V drills because they have enough power to go through even the toughest wood. I use them as drills and as screwdrivers. the variable speed settings makes them an extremely versitile tool.

As always, respect your tools. Don't use them too roughly. If you take care of them, they will take care of you and be there for you when you need them.

When your battery is low, run it until it is completely dead. If you recharge a battery that is half or almost dead, you run the risk of creating what is called a "memory" on the battery. Once you have a memory, the battery will never fully charge again. 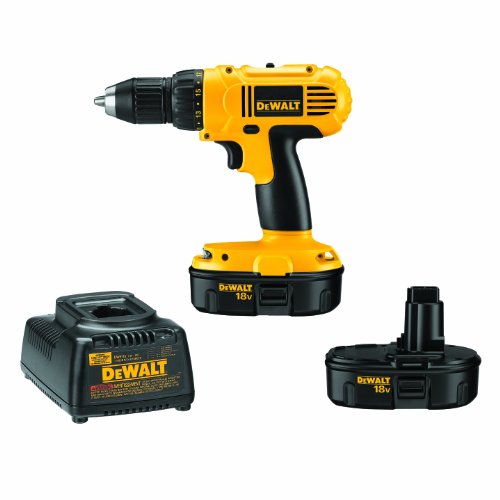