Diablo 3, the long awaited successor to Diablo 2, arguably failed in the eyes of many players.  The reasons for this are two foiled:  real world auction house and end game.  Despite being an action RPG, Diablo 3 was expected to allow players to progress once they achieved the highest rank of level 60.  However, to achieve the rank of level 60 you not only had to beat the game once, but four times.  Once you cap out at level 60 there is little to do except gather paragon levels and grind loot.

Paragon levels allow you to increase your stats, but as of the current Diablo 3 shell game the stat allocation is mostly chosen for you based on your class.  This hurts customization.

Another problem with the shell game is the loot grind.  It is not enjoyable.  Most of the time you find worthless items that have no benefit to your class.  You can either junk them or sell them on the auction house.  Due to there being a real world auction house, many players will list items for U.S. dollars which gives the game the illusion of being pay to win.  Additionally, Blizzard Entertainment takes a cut out of each sell which allows them to profit off of a shambling economy.

The Diablo 3 gold auction house has seen a spiral of inflation that would give any economist a headache.  This is mainly due to the real world auction house and has caused people to list items in gold based on it's equalivance in real world money.  For example an item may cost one U.S. dollar, but be listed for 50 million gold.

The only people who have this much gold are the one's who have unlocked the hardest difficulty and have maxxed out characters.  Beginners really have no place in the economy due to the difficulty of selling and buying items.  Grinding loot doesn't help mainly for the reasons I have outlined above, the game doesn't allocate items based on your character; it is random.

Loot 2.0 and Other Features

Loot 2.0 is a fix planned by Blizzard Entertainment to restore the game and allow players to once again prosper.  It is one of the planned features for Reaper of Souls and should bring balance back to Diablo 3, if it is implemented correctly.  So, what is this system?

Well it allows you to pick up items from defeated enemies that directly benefit your class.  So, you don't have to go to the auction house and pay real world money or the equivalent in gold.  This is a much needed balance to the out of control inflation that has racked the economy of Diablo 3 since the inception of the game and listed by most as one of the reasons for its status as a failed sequel.

The Crusader/Paladin class should have been in Diablo 3 from the beginning, but Blizzard has finally seen the light and decided that the theme of the expansion warrants a visitation from Diablo's holiest Knight, the Crusader.  To be clear, the Crusader is an updated version of the Paladin who was in Diablo 2.  The Crusader will use one handed flails and shields in addition to heavy armor to wreck havoc on the bloody battlefields of Diablo 3.

The Mystic will be a new artisan class (profession) that you can train in Diablo 3: Reaper of Souls.  It will allow you to allocate stats on items.  For example, say you get a legendary flail, but it has a stat that is not beneficial to your class.  With the Mystic you can destroy the useless stat and add something that is beneficial to your class.  It will also allow you to make a piece of armor look like another piece of armor.  This is another feature that should have been in the game since the beginning.

This feature has me the most excited.  In Reaper of Souls we will be able to challenge our characters in the following ways:  loot runs and Nephalem Trials.  Loot runs will allow you to participate in open-ended dungeon crawls that will last around twenty minutes.  To my knowledge (could be wrong) they will be timed and if you reach the end and kill the boss before the end of the run you will get extra rewards.  There is still little information avaliable about Nephalem Trials, but it seems to be another version of a loot run except it may be an endless run or challenge by an NPC Nephalem.

This one has to have grinders upset.  In Diablo 3: Reaper of Souls the level cap will be increased to level 70.  That means that any loot that was gained before the release of the new expansion will pretty much useless.  Endgame loot is now going to be primed for level 70 stats and you will have to have Reaper of Souls and be a level 70 to use it.  This is another way for Blizzard to reboot the economy.  If they make the final, endgame, loot equal at level 70 than there is a chance that with loot 2.0 the game could stabalize.  It's a vain hope, but I welcome the addition of additional levels and challenges.  I also hope that the increased level cap coupled with loot 2.0 will balance the economy and shut down the real world auction house.

I mentioned paragon levels in the opening and the primary weakness of them.  To recap, right now in Diablo 3 when you gain a paragon level the game pretty much chooses how the stats will be allocated on the character you received them on.  In Reaper of Souls, you will not only be able to choose what stat you want to allocate to your character, but you can allocate these stats across any character in your account.  This means that you may want to play a Barbarian, Crusader or Mage, but at the moment are playing on your Demon Hunter.  You can gain paragon levels with your Demon Hunter, but allocate those levels to your level one Barbarian, Crusader, Mage, etc.  This will help with making characters custom and start getting rid of the cookie cutter classes that Blizzard game us.

So far we have covered features, but one of the biggest features not yet discussed is the next act of the game.  In Diablo 3 we had four acts and in Reaper of Souls this will be expanded to a fifth act.

The fifth act will take us to the city-state of Westmarch.  For those of you who know your lore, you may realize that this is the home city of the Paladins of Diablo and naturally it makes since that Blizzard gives us a Paladin-type class: Crusader.

We know that the fifth act will take us to Westmarch where we will confront the fallen angel Malthael.  Malthael was the former angel of Wisdom, but has become the angel of death upon his return as a fallen angel.  The events of Diablo 3 greatly upset the fallen angel and he is determined to rid the world of demons once and for all, but he also considers humans to be demonspawn and must rid them of the world as well.  To accomplish his goal, Malthael has seized the blacksoul stone (container of the Prime Evil's) and begun to harvest the souls of the citizens of Westmarch to make into a army.

It will fall upon the player to defeat Malthael and gain possession of the black soulstone so that it may be sealed away forever.

Reaper of Souls has the potential to revitalize a game that was destined for greatness, but ruined because it strayed to far from a tried-and-true formula.  I hope that the guide that I have provided you will raise your hopes and anticipation for the game and perhaps if it lives up to the expectations set forward I will purchase it. 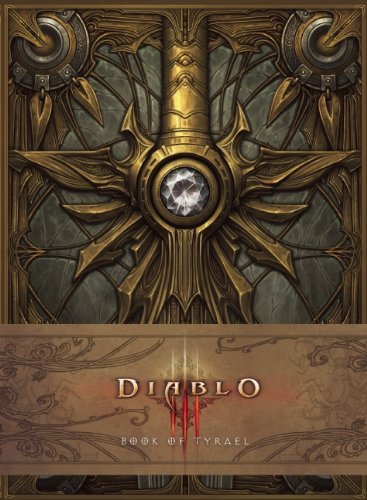