I Â joined Infobarrel as a way of earning extra income between jobs. It takes time to Â learn everything you need to know and build a portfolio but there is no better place to start. Everyone on Infobarrel is incredibly friendly and helpful and will help point you in the right direction.Â  The fun of Infobarrel is you can write about what you want to when you want to.Â If you'd like to make extra money or just enjoy seeing your name in print I'd recommend you toÂ sign up. I love writing for InfoBarrel and write on a variety of topics. You can see my recent articles hereÂ Â http://www.infobarrel.com/Users/andrewagreen
InfoBarrel is a writing platform for non-fiction, reference-based, informative content. Opinions expressed by InfoBarrel writers are their own.
InfoBarrel > Entertainment

A Great Knight Out At Buckingham Palace

I was lucky enough to get standing  tickets for the Queen's Diamond Jubilee Concert at Buckingham Palace. It was a spectacular never to be forgotten event on Monday 3rd June; a highlight of the extended bank holiday week-end marking Queen Elizabeth's Diamond Jubilee. The concert, organised by the BBC and Gary Barlow was billed as  one of the most spectacular shows ever staged in the UK and certainly lived up to its expectations.

We were right at the front of the stage 25 yards from the action. It was a night that will stick with us forever. Tickets were free available by public ballot. I was lucky enough to get a pair through a charity I had been volunteering with that has Prince Charles as its sponsor. It didn't  get us  a Heston Blumenthal picnic basket but believe me I am not complaining. We had an excellent time.

10,000 people were expected to see the concert fro the Mall and a further 500,000 on big screens in Hyde Park, St. James Park and the Mall. Our tickets were for the area around the Queen Victoria Memorial where a special £200,000 had constructed for the occasion making spectacular use of the statue itself.

The line up was truly remarkable and we are still pinching ourselves. The artists appearing were as endowed with honours as they are with musical talent. There were artists representing each of the six decades Queen Elizabeth has been on the throne and the Queen herself, surrounded by members of the Royal family appeared at the end of the show with the Queen lighting the last of the Diamond Jubilee beacons. The only sad note was that Prince Phillip, who is in his nineties,  had been rushed to hospital with a bladder infection shortly before the concert started. The Queen herself missed the beginning appearing an hour in, just after Tom Jones set.

Six of these artists appeared at the Golden Jubilee show ten years ago: Sir Cliff Richard, Sir Paul McCartney, Sir Elton John, Sir Tom Jones, Dame Shirley Bassey and Annie Lennox.  Anyone who appeared this year but  hasn't got a title yet must be in with a good shout! I would recommend several of them myself.

The concert was broadcast live on BBC One and Radio Two and on big screens in Hyde Park, St. James Park and the Mall. It was also  broadcast on BBC services around the world. It is supposed to have been the largest free concert ever performed and they say a third of the World was watching on TV. To have a ring side view was just a terrific experience.

It's hard to pick out highlights but here are a few.

Robbie Williams opened the show with a spectacular rendition of let me entertain you to a background of a stage full of guardsman in bearskins and red tunics. It was a rousing and energetic opening that set the tone for the rest of the evening when the stars just kept coming.

Cliff Richard has had hits in every decade of the Queen's reign. He ran us through a medley of them including the Young Ones, Summer Holiday, his millenium song the Lords Prayer set to Auld Lang Syne.

Kylie Minogue and Annie Lennox lit up the stage with their sets. Annie Lennox resplendent in angels wings and Kylie giving a lively set in sparkly costume surrounded by dancers who threw in some spectacular acrobatics.

Paul McCartney delighted with Beatles numbers including a great rendition of Let it Be.

Elton John did a brilliant rendition of Crocodile Rock that had us all bouncing about.

Grace Jones impressed with a rendition of Keep it Up during she managed to keep a hula hoop spinning from her waist. Tom Jones had us all singing along to Delilah.

Madness performed from the roof of Buckingham Palace changing some of their lyrics to talk about "One's house in the middle of one's street."

Andrew Lloyd Webber and Gary Barlow collaborated on the special jubilee anthem. Gary Barlow's preparations involved a journey around the world to find out what the Queen means to people that was broadcast as an hour long BBC documentary. Choir master Gareth Hopkins rehearsed us in the chorus and when the slot came on with the young Kenyan girl from the African children's choir and the military wives leading out it was just terrific. The Slum drummers from Nairobi and indigenous Australian musician Geoffrey Gurrumui Yunupingu completed this line up.

We had JLS, Jesse J, Alfie Boe from Les Miserables who switched from operatic singing to Elvis, opera singer Rene Fleming,  Jools Holland and Ruby Turner, Ed Sheeran. Between acts (though in truth there was so little between time they struggled sometimes) we had presenters: Rob Brydon, Miranda Hart, Lenny Henry, Lee Mack.

The event closed with spectacular fireworks displays, the massed ranks of stars joining the guards and the royal family on stage. A moving tribute to his parents from Charles and of course a hearty rendition of the national anthem.

That was truly a night to remember. 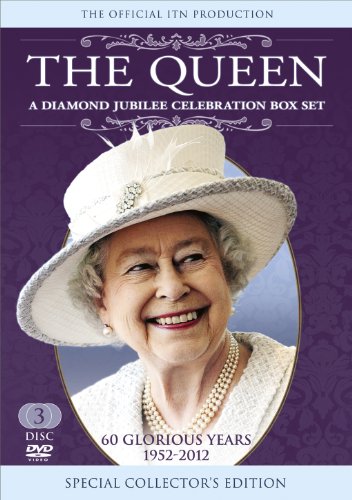