Are you an avid photographer? Or maybe you just like taking snaps of things to send to friends. If you take pictures often, then you really need to consider getting yourself a wireless camera. Why? Today we're talking all about digital cameras with WiFi, what they can do and why you might want one. So read on to find out if a WiFi camera is for you.

What is a WiFi Digital Camera?

Very basically a WiFi digital-camera is one that has WiFi built into it, allowing it to connect to a wireless network in the same way as your computer and cell phone can. This has a few advantages, and WiFi digital cameras, or Smart cameras, are becoming more and more common.

What's the Main Advantage of a WiFi Digital Camera?

Think about how you use your digital pictures. The vast majority of people take pictures and then send them somewhere else. Maybe to a home computer to be sorted and edited, maybe to Facebook or Flikr or another online photo site. Having a WiFi enabled camera lets you send things directly to where you want them to be. In the case of things like posting a picture to Facebook, you can simply send the photo directly from your camera to the site, without having to go through your computer first. Just got back from holiday with a camera full of pictures? You don't need cables and connections any more. Use your camera to hop onto your Post Office home phone and broadband connection, or your BT unlimited broadband plan, and just send those pictures directly to your computer.

What Else Can WiFi Enabled Cameras Do?

There are all kinds of things that you can do once you've got a wireless connection on your digital-camera. Remember when you had to carry around extra memory cards, just in case yours got filled up? That won't be a problem anymore. You can simply send your pictures to an online cloud storage account like Drop Box or iCloud and free up all the space that you need on your memory card, knowing that your pics are safely online whenever you need them. You can email yourself pictures from your camera so that you can pick them up later. Even professionals are using WiFi enabled cameras in order to send photos directly to editors without having to wait to get to a computer to do so. You can even use your WiFi enabled camera on your home network with your Smart TV to do a wireless slide show of all your holiday pics.

What are Those Smart Phone Apps About?

Some wireless enabled cameras will even let you download an app that will enable you to use your camera from your phone. This isn't quite as strange an idea as it sounds. The idea is that you get  set up for a shot, and then you can take the picture from anywhere that you want using your smart phone. That means that you can set up the shot first, then get yourself into the picture, taking the photo with your phone. Or even that you can be in a different room altogether, doing something else and still taking pictures.

Can I Get a WiFi SLR Camera?

Your best bet for getting WiFi on an SLR camera is to use a WiFi SD card. This looks like a memory card, and goes into the SD card slot on your camera, but contains a wireless receiver giving your camera WiFi capabilities. You don't get quite the same effect, since your camera won't have the user interface connected to WiFi, and you'll need to set up the card on your computer first. But this will allow you to get WiFi capabilities for a relatively low price on an SLR camera.

Does Sending By WiFi Effect Quality?

Of course you're worried about your picture quality, and you don't want anything to degrade that quality. Early WiFi enabled cameras did use to send photos at lower resolutions. However, as long as you buy a modern camera, you'll be fine and your pictures will, as far as possible, be sent in the same resolution as they are taken in.

Are There Any Disadvantages to Using a WiFi Digital Camera?

As with any relatively new technology, there are some issues with WiFi enabled cameras. The first is that you are going to pay a little more for a Smart-camera than for a regular. That price difference is getting less over time, but you should still expect to pay around a hundred pounds more for a WiFi model. Secondly, battery life  is heavily effected by WiFi use. Obviously, your camera won't work with no battery power, and staying constantly connected to WiFi will quickly drain power as your camera is consistently searching for a WiFi signal. This is why you should disable WiFi until you're ready to use it, turning it on only when necessary. Plus, of course, you need a WiFi signal, since you won't be able to send pictures without one. Wireless hot spots are pretty common these days, but they're not everywhere, so you may need to hunt around for one. Wireless connections are quite fast, but they're not always incredibly reliable, increasing the chance that your photo won't send properly and arrive at the other end in a usable format. That means that sending photos and then deleting them from your camera before you've checked that the pictures arrived perfectly isn't a great idea. Finally, user interfaces aren't always the best. It's worth paying extra to get a camera that has a touch screen. None touch screen models will mean that you have to play around with camera buttons in the right order to do things like enter a WiFi password, and this is fiddly and irritating. A touch screen model should at least have an on screen keyboard that you can use. Even with all these small disadvantages though, a WiFi digital-camera can be of huge benefit to many users. 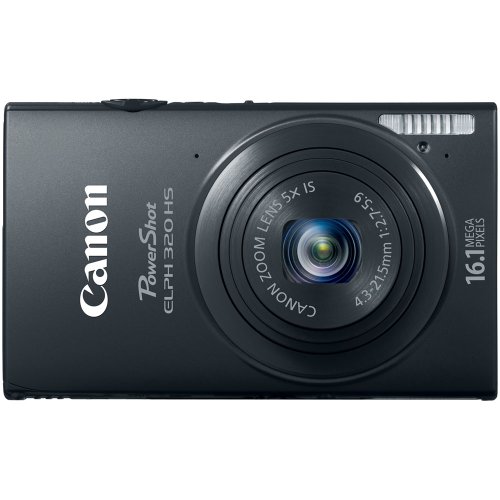