Dining Out at Nandos in St Stephen's Shopping Centre in Hull

Situated in the food court of the St Stephens Shopping Centre in Hull, Nandos is a nationwide chain of restaurants most known for their chicken dishes. Other foods, such as salads, pittas and burgers are also available. There are several tables with chairs on the "outside" of the restaurant, although they are still in the shopping centre, as well as the normal seating inside.

This was a late afternoon to early evening visit. The restaurant rapidly filled up from having roughly half the tables occupied when first entered to being near capacity.

You are greeted as you enter the restaurant, then your greeter takes you to a table and gives you a menu. To order, you have to go to the tills and wait to be served, where you then place your order and pay. Cutlery, napkins, condiments and soft drinks can then be collected before you return to your table. A substantial proportion of the condiments available are the various sources used to flavour the dishes.

Some of the soft drinks on the menu were available as "bottomless." You could refill them from the draught drink dispensers an unlimited number of times after buying them. Although the Coca-Cola was draught and therefore inferior to either canned or bottled, it was good value for money, with three refills had, and more available if wanted.

The chicken dishes on the menu were available by themselves, or with two option for sides. One was to have two regular side dishes for slightly more than the cost of one, or one "fino" side, which was translated from Portuguese as "posh." In both cases, this cost an extra £2.90 on top of the normal price for the dish, which for the two regular sides ordered was good value.

The chicken dishes themselves could be had plain, or with a variety of strengths of peri-peri sauces. The mild ones were mango and lime, or lemon and herb, and these progressed upwards to the extra hot sauce, although, for those used to spicy foods, they probably weren't as hot as might be expected.

The meal took some time to be served. Upon ordering the meal, it was said that the food would be between 10 and 15 minutes, but in actuality took nearly half an hour. The server did apologise for the delay when the meal was finally served.

The meal could have been better than it was, and was a bit of a disappointment. It seemed that it could have been better than it was. The chicken tasted nice, as did the sauce, but it wasn't as hot as it should have been. Although not actually cold, it wasn't hot, instead being at a temperature that game the impression that it had been stood for a while after it was cooked. The portion of chips, however, were hot and cooked properly. The two pieces of garlic bread were the worst part, as they were hard and almost cold. Given that the chips were hot and freshly cooked, the impression given was that the chicken and garlic bread was ready before the chips were and had had to wait for the chips to be cooked.

Being able to get unlimited refills of the Coca-Cola was good value for money. The total cost for the meal, including the drink, was £12.25. The meal could, and probably should, have been better than it actually was, and may well live up to expectations on another visit. The greeter, when told it was a first visit, enthusiastically explained the menu and the ordering process in detail. The venue itself was popular, judging by how rapidly it filled up, and was well presented. It was just unfortunate that the food didn't live up to its' promise.

The experience, whilst not as good as it seemed it could have been, was not actually unpleasant. The food tasted quite nice, and another visit would be considered with the hope that it would actually fulfill expectations, unlike at Yates' in Leeds, which was actively awful. Different from going to some of the fast food outlets in the area. 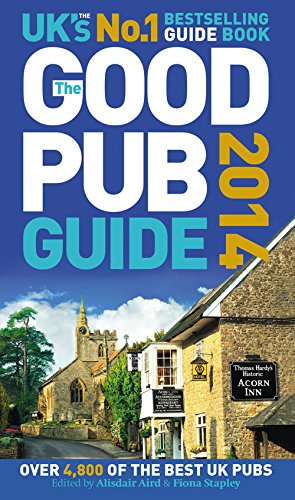