Dining Out at The Cliff Inn in Crich in Derbyshire

The Cliff Inn is a small, independent pub located in Crich near to the Town End terminus of Crich Tramway Village although not in the village itself. There is a tiny car park outside the pub itself, with some picnic tables in it, and a slightly bigger car park on the other side of the road.The pub serves food from 6:00 to 8:45 PM Tuesday to Friday, 12:00 to 5:45 PM Saturday and 12:00 to 3:45 PM on Sundays. They serves a range of sandwiches, in baguettes and cobs, some main meals and specials and, on Thursday and Friday, homemade pizzas with a choice of toppings.The pub was visited on a Friday evening. Inside, it is very small and split into two rooms. The room used was crowded, but there are only about four tables and there were probably about a dozen people at most in it. There was no music but, due to the size of the room, there was quite a bit of atmosphere.To order food, you place your order at the bar. You can open a tab, and pay for all your food and any drinks when finished. The food is brought over to the table, when it is ready, along with cutlery, which is wrapped in a napkin, salt, pepper and vinegar and any requested sauces, which came in packets in a dish.

Two drinks were ordered; a 330ml bottle of Strathmore Clear sparkling mineral water and a Coca-Cola which seemed to have been poured from a large bottle of Coke. Two food dishes were also ordered.The first dish was ordered from the Specials menu. This was a Prawn Cocktail, which was available in small and large, with the small portion ordered. This came with either a brown roll or hand cut chips, with chips being what was chosen. This was not really a traditional prawn cocktail, but was more of a prawn cocktail salad.In the Prawn Cocktail, as well as the prawns in Marie Rose sauce, were tomato wedges, black olives, celery, sweet corns, sliced red onion, sliced red pepper and lettuce. The chips and prawn cocktail were served in individual dishes  on the same plate, and both were filled over the top.The second meal was Home Cooked Ham. This came with two fried eggs and hand cut chips, and could have been had with peas or beans for 50p extra each. There were three slices of the ham, and a substantial amount of chips. The two eggs had been cooked until the yolks were just about cooked through.

The cost of the meal including drinks came to £13.25. There were more than ample amounts of all the food served, easily enough for one person, and very good value for money considering the quantities and costs. The food took about half an hour to be served, but this is a small place and you are advised that all food is cooked to order and may take some time to be ready.This is not a chain restaurant, so you can get better quantities of food and at a generally better quality, which makes it good value for money. With the chips being hand cut, the sizes of them were more erratic than those you would get at a chain restaurant. All the food was nice and the size of the prawn cocktail was truly large for a dish that would normally be considered to be a starter.The Cliff Inn is definitely recommended for those wishing to try home cooked food and visit somewhere a bit different, but be aware that there may well be no parking available other than parking on the pavement due to the limited amount of space, and that it may also be necessary to share a table inside the pub due to the cramped conditions and limited number of tables. 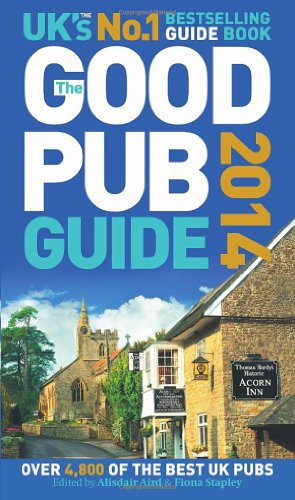