Dining Out at The Cross Keys on Lairgate in Beverley

The Cross Keys is on Lairgate in the centre of Beverley in East Yorkshire in a Grade II listed building, and it is a J. D. Wetherspoon's location. The nearby parking is all pay and display, either on street or within Beverley Market. There is no actual parking outside the pub itself, as Lairgate is both narrow and one way. Parking may be a problem, and may involve some walking., as there are other car parks, but they are further away.For a Wetherspoon's pub, this looks rather more upmarket than usual, although the menu is the same. It is nicely decorated on the inside, with the layout essentially separated into different areas. These are mostly open to each other, but there are enough pillars and other obstructions to interfere with lines of sight. Lighting for much of the pub is artificial, due to a lack of exterior windows; this is not fixing, due to it being a listed building. When this is combined with how the pub is laid out, it is quite dim in most of the areas, with the exception of the bar itself.. The pub was visited on a Thursday lunchtime, and was surprisingly busy with nearly every table occupied.On entering, you have to find a table, decide what you want then make a note of your table number and go to the bar to order. Payment is in advance, and if anything else is required, this needs a return visit to the bar. The food is brought out to the table when it is ready. Condiments are available in the dining area in holders that contain a selection of bottled sauces, as well as salt and pepper. Cutlery is brought to the table, wrapped in a paper serviette, with the food.Wetherspoon's have a number of dining offers during the week; on a Thursday, the offer is the Curry Club, but the order was placed from the main menu instead. The menu has a range of fairly typical pub food, such as fish, scampi, burgers and steaks, as well as other dishes such as salads and curries and a variety of snack and lighter dishes.

The drink ordered was a San Pellegrino Blood Orange, a flavoured sparkling mineral water that comes in a small can. This is quite a refreshing drink that is served with a slice of orange in a special glass about half full of ice.

The main course was the Original Gourmet Chicken Burger. This comes with a range of soft drinks at the listed price, including tea and coffee and the aforementioned San Pellegrino, or can come with a range of alcoholic drinks, including wines, beers and spirits, for £1 extra. The chicken - which appears to be a chicken fillet, not a burger made from processed meat - can come as a buttermilk chicken, but the normal version was had. The burger could also have been doubled up for an extra £1, which would have added another piece of chicken to the dish, but this wasn't ordered.The, without batter, chicken is served in a bun together with a couple of slices of bacon, Monterey Jack cheese and pepper sauce, a couple of slices of tomato, some sliced red onion and a bit of lettuce. It was accompanied by half a dozen onion rings and a portion of fries.The chicken appeared to be fillet, not reformed, the chips were cooked and hot, not overdone, and the onion rings were fine. All the salad ingredients appeared to be fresh, and overall this was a nice main dish, with everything cooked properly, and quite filling.

The dessert ordered was Eli's Salted Caramel Cheesecake, which could be had with an optional scoop of vanilla ice cream for an extra 65p. The ice cream was ordered. The vanilla ice cream was fairly standard vanilla, rather than being the better quality, and therefore more expensive, genuine vanilla. It was still frozen and hadn't begun to melt; the latter being a common problem if the food takes too long to be served. Having the ice cream solid rather than a runny mess in the dish improved it. The cheesecake itself was quite tasty, with the caramel topping adding a different taste to the dish.

The total cost of the meal, including drink, came to £9.29, quite a reasonable price for the amount and quality of the food. Given the level of custom, the service was extremely fast - faster than many other pubs in the chain with lower levels. This was probably due to their being a large number of staff present. The main course was served in under five minutes; the dessert in under three.The lack of table service makes it inconvenient when dining alone, as it is necessary to leave your table unattended when ordering. During busy times, this means that if something is not left at the table to show that it is occupied, there's a risk of finding someone else at the table on the return. Leaving items at the table to indicate occupancy is also a problem in itself, especially in this location as the bar is out of sight from the majority of the tables, and therefore the opposite is also true.The parking situation is, as mentioned, not brilliant. There is not a huge amount of available nearby parking, and it may be necessary to either wait until some becomes available or park further away from the place, as there are a number of other car parks in Beverley.Overall, The Cross Keys served a decent meal at a decent price and extremely quickly for a venue that is quite busy when visited. 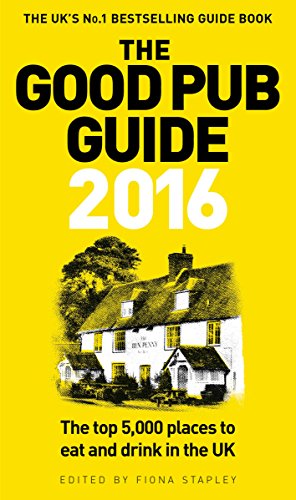