Dining Out at The High Park in Huddersfield

The High Park is an Eating Inn location, which brand is part of the Greene King group, on Bradley Road in Huddersfield. It has a car park and a beer garden as well as a free to diners children's Play Zone.As well as the main menu, there are some deals such as the Extra Value offer, which gives two meals for £9.95 from a fairly limited list from Monday to Friday. There is also a Sunday Roast special.The High Park was visited early on a Wednesday evening. The place was reasonably busy, with many of the tables partially occupied, but well off capacity.

Unusually for this type of venue, the High Park has table service, so you place your orders at the table, rather than having to go to the bar to do so. Payment is therefore made after the meal rather than before.On Wednesday's there is Spice Night, which is curry and a drink, from a special menu with a choice of curries, Indian side dishes and a number of wines, soft drinks and beers to choose from,  but the main menu was the one ordered from.The drink ordered was two 16 oz glasses of draught Coca Cola, which were decent enough and about as good as can be expected from draught soft drinks.

The starter ordered was Halloumi Bruschetta.This was three pieces of lightly toasted ciabatta which were topped with halloumi - which is a semi-hard Cypriot cheese - and a salsa made from finely chopped red onions, tomatoes and cucumbers as well as a chilli and citrus glaze, with a sliced cherry tomato on the side.The dish was quite elegantly presented on a rectangular plate and was colourful too. It had a slightly sweet taste, possibly from the citrus in the glaze, and was quite nice.

The main course was Burger, Your Style, which is a customisable burger dish. This offers a choice of "burgers"; a 7oz beef burger, roasted chicken breast, southern-fried chicken burger or a Glamorgan burger, a vegetarian option. which consists of Cheddar cheese, leeks and red onion in a crispy crumb. As well as the burger, the offer includes a side, a topper and a sauce with a range of different selections for each. It is possible to have more toppings, but and after the first, included, topping are charged for though.The burger chosen was roasted chicken breast with a topping of grilled smoked streaky bacon, chipotle sauce and a side of skinny fries and a small tub of coleslaw. These are not truly skinny, matchstick like chips that can be had in some places, but were slightly thinner than the other chips on the menu.The chicken breast had been cooked perfectly, and not overdone, as had the streaky bacon and the chips. The bun was lightly toasted and the chipotle sauce was nice. A good burger all round.

The price of the meal came to £16.10 including the two drinks. The drinks were quite reasonably priced for the size.The overall level and speed of service was good. As mentioned, the table service is unusual for this type of venue, but it appears you are paying for this though.The High Park seems to be trying to compete with restaurants, but the food is pretty similar to what you would get at many places that aren't restaurants. It is more expensive than J.D. Wetherspoons for example, as a similar burger there would have more toppings, an included drink and be much less expensive. The starter was in a more typical price range. Quality-wise, there isn't much to compare the two normally, the areas of competition are price and table service.Which you would prefer really depends if you are that bothered about table service. It is certainly easier if you are dining by yourself though to have the wait staff come to the table, rather than have to leave it whenever you want to order something. The High Park has decent food, but it's slightly on the pricey side for the type of venue it is. 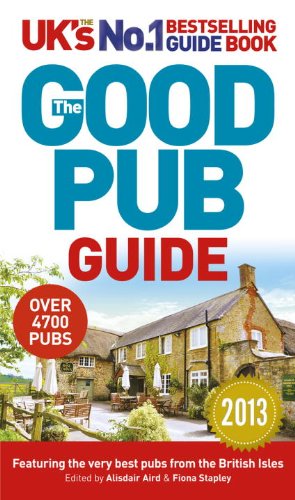