There are several discontinued Girl Scout cookies that I really wish they would bring back and take from retirement.   While I have never had any affiliation with the group and have no daughters, I have been buying them every single year for decades now.  I have actually been known, in recent years, to have my kids find out who the Girl Scouts are in their school classes, so I have someone to order the cookies from.  Those days aren’t over yet, but some of my favorites have been discontinued over the years.  In the list below, I will go over some of the flavors that have been retired.

The ones in this list have already been discontinued.  There is a wide array of flavors that have been abandoned over the years.  There are the ones that I remember eating. 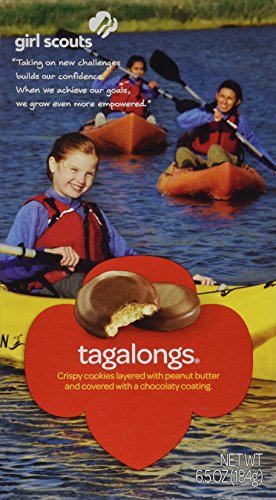 Daisy Go Rounds:  They had a cinnamon flavor and like their name indicates, they were in the shape of a daisy.  They were a low fat cookie, and they were pretty good.  They were removed from the order form a couple of years ago now.

Cinna-Spins:  These ones were shaped like a small cinnamon roll and were pretty good.  I only tried them one year and don’t think they were on the menu for a second year.  They have been retired now, so you will not be able to buy them again.

Kookaburras:  They were layered wafers with caramel that were dipped in chocolate.  They sort of resembled a Kit Kat candy bar to some extent.  I only remember seeing these ones for a short time, but they were very good.

Lemon Chalet Creams:  This was another cinnamon flavored cookie, but it had a lemon cream flavored filling that complimented the cinnamon flavoring quite well.  They were replaced and retired a while back and aren’t likely to come out again.

Animal Treasures:  Also called Thanks a Lot, this was a shortbread flavor, but unlike the regular shortbread cookies, these ones were fudge dipped.  These were another Girl Scout cookie flavor that were discontinued relatively recently.

Scot-Teas:  These were a shortbread cookie, but unlike the current ones, they were sugar covered, making them a lot sweeter and enhancing the flavor a little.

Sugar Free Chocolate Chips:  I am a bit surprised these ones were retired from sales.  Because they were sugar free, they were a least a little bit healthier and still tasted pretty good.

Piñatas:  They were a sugar cookie, but they had a berry flavored jelly in the middle of them, with icing sort of drizzled over the top.

Juliettes:  I haven’t seen these ones for at least 20 years now, but they were one of my favorites at one point.  They had milk chocolate, caramel, and pecans in them and they were really good.

I am sure there are more that I am forgetting about in this list, but these are some of the best ones that were retired over the years.  You will find many of the flavors are updated a little over time, so even if they retire a cookie you really like, there is likely to be a roughly similar replacement for it. 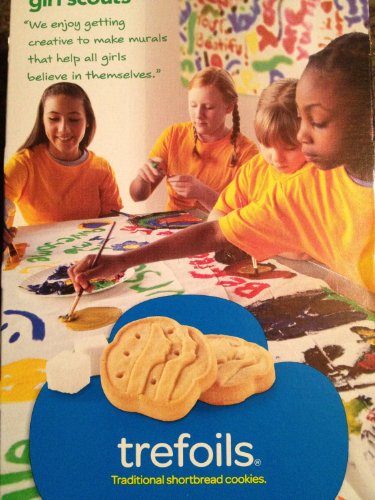 These ones will hopefully never be discontinued because they are my personal favorites and have been around for a number of years now.  I’m sure you will recognize the names on the list as well.

Thin Mints:  I cannot envision these Girl Scout cookies being discontinued in the near future.  They are the most popular flavor in the lineup and have been around for quite some time now.  I really like these and order them every year.

Caramel deLites:  These are also called Samoa’s.  Even though I’m not that much of a coconut lover, this one is my personal favorite without question.  I cannot understand exactly why I love them so much, given my general distaste for coconut, but the caramel and chocolate seem to taste great to me.

Tagalongs:  These are the peanut butter patties that have been around for a long time.  I am actually not much of a peanut butter person, but for whatever reason, these are one of my top three flavors.  Maybe it doesn’t make too much sense, but they sure do taste really good.

Shortbreads:  These ones have been around virtually forever and are one of the core flavors in the Girl Scout cookie lineups.  I would be incredibly surprised if these ones ended up discontinued anytime in the near future.  They are relatively simplistic, which is part of the reason they are so good.

Dulce De Leche:  I love this flavor.  I think these are the best ones for dipping in milk.  I hope these ones are not retired in the future, but I am a little worried, since they do not seem to be nearly as popular as some of the other flavors.

Buy Them All Year

Now, I want to point out the Girl Scouts do not actually sell cookies online, but you can always find them listed on sites like eBay.  Obviously, you are not buying direct, so they might not be fresh and they will have been in the hands of unknown people, but when you need your fix, an annual sale just won’t do.  If a flavor is discontinued and you just need to have them, search for them online and see what you can find. 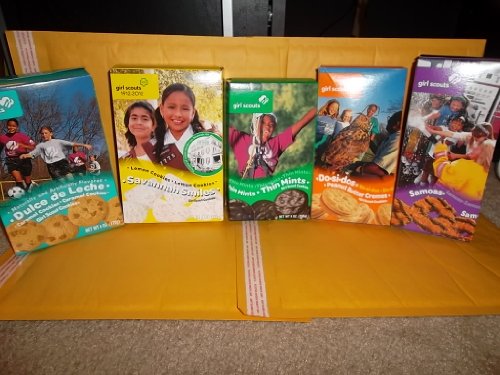 I have only a few complaints about Girl Scout cookies.  First, they are not available whenever you want them from “authorized” sellers, so if you want to buy some out of selling season, you have to shop from a third party.   It also really gets me when they discontinue the flavors I like the best, especially given that I have to wait to buy them during specific times.  In addition, it seems they get smaller and smaller each year.  I’m not sure this is actually the case, or if I just remember them so fondly that I envision them as bigger.

In a fundraising business, there are bound to be many more discontinued Girl Scout cookies that join the list each year, to keep the lineup fresh.