Discrediting Odysseus: The Epic Hero in The Penelopiad vs The Odyssey

Margaret Atwood’s post-modern novel The Penelopiad tells the tale of Penelope, one largely untold in Homer’s epic poem The Odyssey. During Odysseus’ ten year voyage home from Troy, Penelope waited for him on Ithaca, keeping her suitors at bay and thereby earning the reputation of quintessentially faithful wife. Yet The Penelopiad also differs greatly from The Odyssey as it portrays Odysseus as a common scoundrel, Penelope as a victim of events and her twelve maids as heroines.  The Penelopiad is therefore not an epic as it seeks to discredit the epic hero character as defined in Aristotle’s Poetics.

Although Odysseus is famed for his guile and mastery of disguise, Penelope’s narrative diminishes these attributes as well as his exploits, challenging his status as a hero. Penelope recounts unflattering alternate versions of the key events of Odysseus’ voyage home: “Odysseus had been in a fight with a giant one-eyed Cyclops, said some; no, it was only a one-eyed tavern keeper, said another, and the fight was over non-payment of the bill” (83). By introducing such hearsay, Atwood invites the reader to question the admirable nature of the epic hero’s exploits. In addition, when Odysseus finally arrives on Ithaca dressed as a beggar, Penelope is not fooled, claiming that “his disguise was well enough done” (136). Again the reader is made to question whether or not the epic hero character is admirable. Atwood’s negative position towards the epic hero is summarized near the end of the novel, when Odysseus states that “he’s been filled with longing for [Penelope] even when enfolded in the white arms of goddesses” (173) and Penelope thinks that “it’s a wonder either one of us believed a word the other said. But we did. Or so we told each other” (173). The implication is that Odysseus lies and schemes without an admirable purpose. This is crucial since in Poetics Aristotle outlines that the epic hero must be admirable: “epic poetry [...] is an imitation in verse of admirable people” (9). Therefore the attacks on this aspect of Odysseus’ character illustrate that the narrative of The Penelopiad seeks to undermine the notion of the epic hero character as a whole.

Even as it questions Odysseus’ status as a hero, The Penelopiad does not offer Penelope as a heroic substitute. On the contrary, Penelope is dominated by the other characters of The Penelopiad. Before her marriage to Odysseus she is constantly reminded of her inferiority to her cousin Helen: “she can help him look after his goats. She and Odysseus are two of a kind. They both have such short legs” (33). The moment she arrives on Ithaca she submits to the controlling guidance of Eurycleia, who “left [her] nothing to do, no little office [she] might perform for [her] husband” (62). A few years after Eurycleia’s influence on her wanes, Telemachus comes “of an age to start ordering [his mother] around” (121) and assumes power in the household. Lastly, Odysseus returns and reassumes control of both his household and his wife by slaughtering the suitors and hanging the twelve maids. At this point Penelope exacerbates her lack of heroism by claiming that she slept through the massacre and therefore could not save the maids from their fate (157). Instead of portraying a smart and faithful wife, Atwood presents Penelope in a much weaker light, thereby challenging the admirable nature of another central hero of The Odyssey. The Penelope of The Penelopiad does not instigate action but instead is controlled by others and denies responsibility, making her a victim of events, a characterization at odds with that of a hero and with the epic genre.

The Penelopiad grants the status of heroines to the twelve maids, the true victims of the narrative, who were hanged by Telemachus (on Odysseus’ orders) for having been raped by the suitors without his consent. Their plight is elevated by choruses throughout The Penelopiad and the climax of the novel takes the form of a trial in which the maids accuse Odysseus of their murder (177). Atwood highlights the plight of the maids so much that they outstrip Penelope herself as the subject of the novel. However, the maids’ characterisation as heroines again clashes with Poetic’s definition of the epic hero. Aristotle explicitly states that although “[goodness] is possible in each class of person [...] a good slave [is] generally speaking inferior” (24). Furthermore, slaves cannot be considered admirable people, an aforementioned requirement for an epic hero. In other words, slaves, particularly female slaves, cannot be heroes according to Aristotle. Therefore by elevating the twelve maids to the status of heroines, Atwood deliberately challenges the restrictions of Aristotle’s epic hero definition and thereby removes all doubt that The Penelopiad is in fact not an epic.

for another discussion of literature, please see

Atwood, Margaret. The Penelopiad: The Myth of Penelope and Odysseus. Edinburgh:  Canongate, 2005. 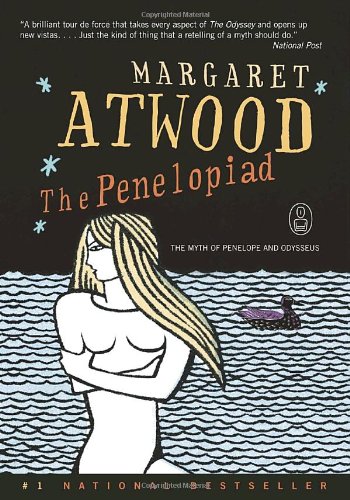 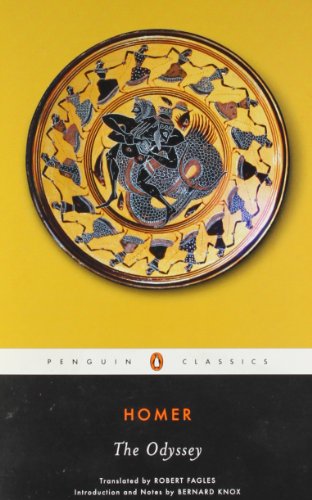