Disney Infinity vs Skylanders Giants: Which Game is Best for Your Child?

Videos games are a multi-billion dollar per year industry. According to the entertainment software rating board (ESRB), 25% of gamers are under the age of 18[1]. Games like Skylanders Giants and Disney Infinity appeal to the younger gamers. These two games have many similarities and it can be difficult to decide which one is best suited for your young gamer. I will review each game and then compare the differences.

Skylanders Giants, by Activision, is more than just a video game. When you buy it, you have to buy a starter pack that includes the game, the ‘portal of power’, and three Skylander action figures. To play, you place a figurine on the portal and he or she appears on the screen. Then, the player goes on a quest to defeat the villain of the game, Kaos. This is not a game like Super Mario Bros. where the character can only travel in one direction. The character travels to different areas of the magical world called ‘Skylands’. Throughout the levels, the player encounters enemies to fight and challenges to complete.

Each Skylander figurine belongs to one of eight categories-magic, earth, fire, wind, tech, life, water, and the undead. Throughout the game, there are certain areas that can only be accessed by Skylanders of a specific element. So, in order to access every single part of the game you must have at least one of each type of Skylander. You can switch between Skylanders at any point during the game. There is also a battle mode in the game where two players can battle with one another.

The creators of Skylanders Giants are also about to release a new game called Sklanders SWAP Force. If you plan on buying a game of this type at Christmas, SWAP Force will be another option to consider. 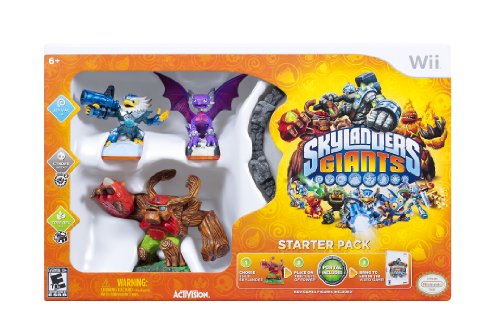 Infinity, by Disney, uses a variety of characters from Disney movies as figurines for the game. For example, there are characters available from such movies as Car, Toy Story, and Monsters Inc. The game comes with a starter pack that includes the game, the base, three figurines, three play sets, and one power disc. There are two modes for this game, play set mode or the Toy Box mode. In the play set mode, the player enters into the universe of the character and fights against the rivals of that character. For example, in the Pirates of the Caribbean play set, the villain is Davy Jones. In Toy Box mode the player can create his or her own world. This mode has almost unlimited possibilities because there are so many objects and characters to choose from in this mode.

The basic design of the two games is very similar. They each have physical figurines and a portal or base that brings those figurines to life on the screen. Each game also has a level of cartoon violence and they both have a rating of E10+ (everyone ages 10 and older). Both games also have a variety of characters to choose from and elements that can only be unlocked by certain characters.

The major difference between the games is that Disney Infinity has more to buy than just the characters. For Skylanders Giants, the only thing the player needs to play the game, after buying the starter pack, is the characters. The Skylanders Giants starter pack cost around $60, the figurines cost between $10 and $15 for the individuals and $25 for multipacks. Disney Infinity has play sets, power discs, and the figurines. This is both a good and bad thing for Disney Infinity. The pro to this setup is that there is increased gameplay because you can use a variety of combinations to change the game. The major con of this setup is that it gets expensive very quickly. The starter set ranges between $60 to $90, figurines cost between $13 (individual) and $30 (multipacks), play sets cost around $35 and the power disc packs cost around $5.

Both games have the same rating of E10+ for cartoon violence, but there is a difference between the games. The level of violence in Skylanders Giants varies depending on the figurine. For example, there is a character named ‘Trigger Happy’ who has a machine gun and uses it against his enemies. There are other characters, mostly in the ‘undead’ category that can be scary. Skylanders Giants has more opportunity for violence that Disney Infinity, because of the powers of some of the figurines. 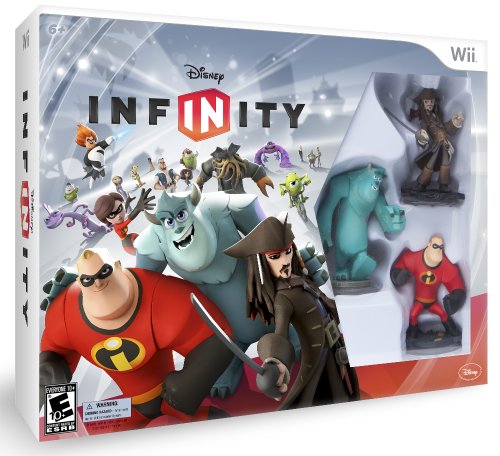 The decision of which to buy depends on your specific situation. If you like both games equally, Skylanders Giants is the better choice because it will cost less in the long run. There are not as many extra options that you must buy in order to play the game as there are with Disney Infinity. Some children are natural collectors and will want every single piece of the game that exists. Disney Infinity will be more expensive in that scenario, but Christmas and birthday shopping will be easy!

Both games have cartoon violence. If you are using that as part of your decision making process, there are two options: Buy Skylanders Giants but do not purchase the most violent characters or buy Disney Infinity and do not have to deal with avoiding certain figurines.

In the Disney advertisements for the game, they depict older kids talking about the game. The game really appeals to a younger demographic because the majority of the figurines are cartoon characters. The characters in the game are mostly from movies that were made for younger children. If you are shopping for a child who is over ten, especially a boy, Skylanders Giants may be more appealing. Many children under the age of ten, some as young as five, are capable of playing either game on a basic level. The decision to allow younger children to play is a judgment call on behalf of the parent.

Disney Infinity has less violence and more gameplay possibilities. Skylanders Giants is less expensive because the figurines are the only thing the player must buy. Skylanders Giants also has more potential for future character development because the creation of new characters is not dependent on other factors such as a new movie release.

Both of these games can be expensive and they both will likely require future purchases, so the decision may be a toss-up. The best advice to parents, no matter which game you choose, is to play the game with your child. You can share in an activity your child enjoys. Also, if the game is too violent or does not meet your standards in any way, you will learn that firsthand and will be able to address that with your child and take any other necessary actions.