Disney has had a long and prosperous history in animation department. From timeless legends such as Mickey Mouse and Donald Duck, to the animations booms of the 40’s and 90’s, as well as integration of the CGI we see today, Disney has been there through the thick and thin. But what if I told you that there were certain projects that simply slipped through the cracks? Some that were simply reworked and others actually destroyed by Disney themselves. Come and take ride with me to look at the abyss of Disney’s animation history, I wonder what we’ll find.

Back before Disney was the media empire it is today it was a simple animation studio ran by one man named Elias “Walt” Disney. And between the 1922 and 1923 Walt really needed some cash and what better way to make money as an animator than to make animations? After Disney created his Laugh-O-Grams, he proceeded to make a bunch of animated shorts known as “Lafflets”. Not much is known about them other than their names: "Gold in Slow Motion", "Descha's Tryst with the Moon", "Aesthetic Camping", "Reuben's Big Day", "Rescued", "A Star Pitcher", "The Woodland Potter", and "A Pirate for a Day".

The stories and animation of these shorts are unknown as these shorts have been lost for many years. It is unknown whether any copies are still in existence.

Kingdom of the Sun was a film that planned to come out in the winter of 2000. The movie sets place in an Incan civilization where the protagonist Pacha, an 18-year-old llama, takes the place of the emperor, Manco, so Manco could take a break from his royal duties. As they look and sound oddly familiar there was seemingly no problem. Eventually Manco gets turned into a llama by the Sorceress, Ynza, who wants to turn back into her young and beautiful self while engulfing the kingdom in darkness.

Sound familiar? It should because this film was eventually cut and replaced with the 2000 film “The Emperors New Groove”  as the producers were not fond of the idea of Kingdom of the Sun as a serious dramatic musical, instead turning it into a buddy comedy. With 20 percent of the animation completed on the film as well as the entire story and soundtrack. Everything was re-worked including the soundtrack, every song cut out except for the song “Snuff out the Light” which is in the official soundtrack of The Emperors New Groove.

One of the most recent examples of incomplete Disney projects is the 2007 film American Dog which was originally written and directed by Chris Sanders. The plot involved a canine actor who plays a canine secret agent. But one time a stunt goes wrong and he ends up 2000 miles away from home in the Nevada desert, and must make friends with a one-eyed cat and a radioactive giant rabbit to get back home.

Again does this premise sound familiar? American Dog was the first attempt at what would eventually become the 2008 film “Bolt” but again the producers found the first installation too surreal and “too bold”. This eventually led to Chris Sanders leaving the company completely and hiring of Chris Williams and Byron Howard as the projects writer(s) and director(s) who reworked and eventually released the film before mentioned in 2008.

On January 22, 2000, a short on the Mickey Mouse Works TV show called “Minnie Takes Care of Pluto” first aired. The premise involves Minnie being forced to babysit Pluto, where Pluto (being led by his inner devil and angel) began to believe that Minnie was trying to kill him.

In 1968 a one minute underground anti-war short film created by producers Milton Glaser and Lee Savage(the father of Adam Savage of Mythbusters). The short included Mickey Mouse signing up for the army, taking a boat to Vietnam, stepping foot on Vietnam, and being shot in the head immediately.

The film, shown to the producers colleagues in 1970 and on, and rumors that Disney tried to destroy all evidence of this film being created. The film could only be seen at the Sarajevo Film Festival where the last showing was in 2010. Yet on April 22, 2013 a video on YouTube popped up showing the silent short film Mickey Mouse goes to Vietnam, with System of a Down’s “Soldier Side” being dubbed over the video. While it went under the radar for a couple of weeks it eventually caught on eventually getting caught by the films creators themselves.

One of my favorite stories takes place in 1936, in which right before Walt Disney’s 35th birthday, his brother, Roy, encouraged employees to set up a surprise birthday party for him. Two animators who’s names have still been unknown to this day thought that it would be funny to make and animate a short called “Mickey and Minnie Sex Tape” to be shown at the surprise party.

When the short showed at the party Disney reportedly was laughing hysterically before complimenting the animation. Right after the film completed showing, Disney asked for whoever created the short to step forward. After the animators stepped forward Disney immediately fired them and then leaving the building. Afterwards he ordered destruction of every copy in existence.

It is unknown if any copies survived Disney’s wrath but since the names of the animators are unknown and probably dead, any copy showing up of the infamous tape will be a miracle. 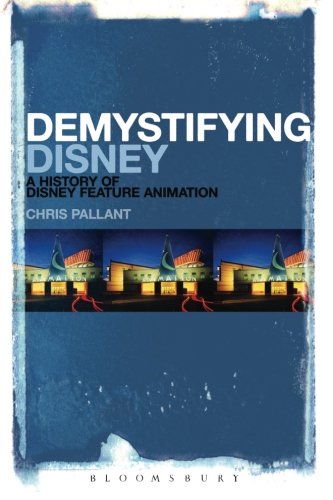