If you would like to read more about helpful bacteria, please click here. To find out more about the immune system, please feel free to visit my article about gut immunity.  Thank you for reading my article! My name is Mary E. Morgan, and I have fifteen years of research experience in mucosal immunology and probiotics.
InfoBarrel is a writing platform for non-fiction, reference-based, informative content. Opinions expressed by InfoBarrel writers are their own.
InfoBarrel > Health > Alternative Medicine

Do Probiotics Have a Dark Side?

Credit: By Ayena (Own work) [Public domain], via Wikimedia CommonsPeople have been eating yogurt since biblical times, along with cheese, sauerkraut and other fermented foods. The fact that these foods contained live bacteria wasn’t considered as being that particularly interesting as long as they provided the right flavor. It is this long history of fermented food that allows many probiotic supplements to be marketed as generally considered safe. However, we’ve learned a lot about bacteria since biblical times. We now know how they function, the potential ways that they interact with our bodies, and we can even tinker with their genomes. It’s time to consider their safety.

The people that will likely have problems with probiotic bacteria are those with a compromised or poor immune system. These individuals lack the basic immunological defenses that prevent microbes from entering and colonizing the body. Besides being at risk for infection by highly virulent bacteria, they are also at risk for being invaded by what the rest of us would call “friendly bacteria.”

All bacteria (good or bad) will attempt to colonize areas that provide them warmth, food and moisture. The human body is a great place for bacteria to grow and all bacteria are opportunitsts.

The milk bacteria Lactobacilli and Bifidobacteria, which make up the majority of probiotic species, have been known to infect individuals and take up residence in the heart or the blood. In the heart, they can cause infectious endocarditis (inflammation of the inner layer of the heart). When they are in the blood, it is called bacteremia. In 0.05%–0.4% of the patients who develop endocarditis or bacteremia, milk bacteria are the cause[1]. A beneficial yeast used in baking, Saccharomyces cerevisiae, similarly can induce fungemia (infection with fungus) in immune compromised individuals.

The importance of an individual's health became exceedingly clear during a Dutch clinical trial testing probiotic usage in acute pancreatitis patients. The researchers were trying to find ways to reduce antibiotic use in these patients, who were highly susceptible to bacteremia and pneumonia. They considered that probiotics could be a good alternative to antibiotics, which, considering their spotless record and potential, sounded like a good idea. Instead, the probiotics proved to be harmful instead. The number patients that did not survive their acute pancreatitis actually increased from 6% in those not given probiotics to 16% with probiotics. A number of patients treated with good bacteria also developed intestinal complications in the form of bowel ischaemia[2].

The fiasco with the acute pancreatitis patients reminds us that the immune status of the individual is extremely important when defining probiotic safety. However, the assumption that all critically ill patients should avoid probiotics is premature. Transplantation patients or patients needing liver surgery have noted benefits when taking probiotics during surgery[3].

The U.S. Department of Health and Human Services recently took action to determine if probiotic use could be associated with an increase of adverse events during clinical trials. They examined a number of studies published before 2010. Even though many studies did not fully disclose health problems that arose during trials, they were able to garner enough information to make a tentative conclusion. Probiotics used in trials appeared not to increase health risks in both healthy volunteers and patients[4].

Many probiotic researchers and clinicians are now interested in determining the health risks associated with probiotic use in some patients, and most would like to institute standardized procedures for probiotic use during clinical trials. With luck, we'll be seeing guidelines in the future. Furthermore, fundamental animal and in vitro research is also now assessing how a patient’s immune status can affect the way probiotics interact with the body.

While researchers are defining the risks, consumers need to take their own responsibility when considering probiotic use. Thankfully, for most of us, probiotics are safe. Yet, those with serious underlying health conditions would be advised to consult their physicians before self-administering probiotics. 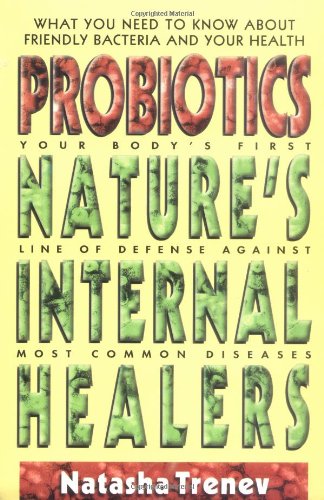