Do You Know What's In Your Pet Food? Are You Sure?

However, a study conducted by the Food Science program at Chapman University in October 2014 reported some rather alarming results about the accuracy of pet food ingredient labels. After reports that some "all beef" hamburger patties being sold for human consumption in Europe were in actual fact mostly horsemeat, they decided to test some pet foods to see if they were illegally composed of horsemeat as well.  The tests involved selecting 52 commercial cat and dog diets (both dry and canned), extracting DNA from the foods, and then testing for the presence of DNA from various species of animals. The animals tested for were horse, beef, chicken, goat, lamb, goose, turkey and pork.

No horse, but lots of pig

Although none of the products were found to contain horsemeat, the results were still quite alarming. Out of the 52 different products tested, 16 contained meat from species not disclosed on the label, with pork being the most common unlisted meat species. Three of the products didn't contain any meat from any of the species listed on the ingredient list. In total, 38% of the pet food ingredient labels were misleading/ incorrect. The authors of the study reported there were no consistent patterns of one species being switched for another. If there was a consistent pattern, say of chicken being consistently replaced with pork, the point of origin of the switch could probably be tracked down. Perhaps a meat-meal manufacturer was deliberately producing mislabeled chicken meal and passing it off to pet food manufacturers. But there were no obvious patterns.

The lack of patterns and the widespread nature of the problem is possibly even more disturbing. Does it mean that there is a widespread problem of complete and utter carelessness in the pet food industry? Perhaps no one really cares or pays attention to the ingredients being added to pet food. This study only looked at meat sources. Perhaps someone should look at all of the ingredients. Maybe that expensive high-protein grain-free dog food you've been buying is actually made out of corn, soy and wheat. Under FDA regulations, the ingredients listed on pet food are required to reflect the actual contents, but it looks like no one is checking up very carefully.

Chapman University has declined to reveal the brand names of the mislabeled foods. The author of the Truth About Pet Food has done some sleuthing and deducting, and claims to have possibly discovered some of the brands and foods. If she is correct, they cover a wide variety of brands and ranges of quality. Some of the products she claims are "the ones" are considered to be top-of-the-line products from reputable companies. Others are kind of the opposite. We'll have to wait and see how the story unfolds. Until then, if you have a dog or cat with food allergies or intolerances, it's probably best to sit tight and feed whatever has worked up until now. 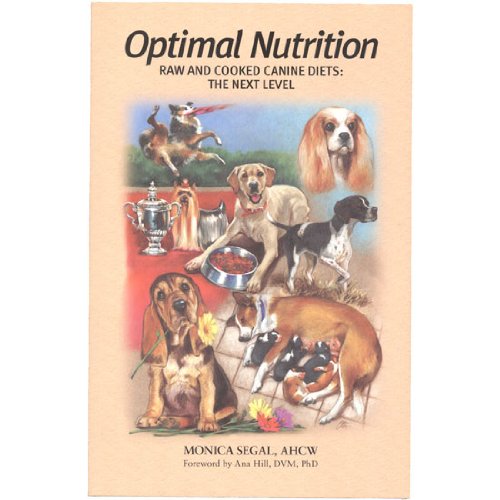 Optimal Nutrition Raw and Cooked Canine Diets: The Next Level Amazon Price: $28.99 Buy Now(price as of Oct 21, 2016)
Next >> Doggy Play Pen - Keep Your Puppy Safe - Give Yourself a Break!