Do You Know Your Internet Slang

There are some people who are really clued up with their acronyms and know just what is happening when it comes to internet slang. Others, however, think that "lol" stands for lots of love. You really have to be careful sometimes because if you mix something up, then you could create a little confusion. This is why it is important to get to know about internet slang.

Don't brush it off, thinking people use abbreviations to try and be cool. Think about if you are trying to tweet something, but you only have 140 characters, it is kind of restrictive, isn't it?

It is no wonder why we are seeing more and more slang around on our monitors and phone screens. Often you don't have all day to type in every single word. Programs like Twitter make life difficult for you because you have to restrict the amount of characters that you use. Other forms of social media are quite similar and people generally don't want to read an essay when they log on to their account.

This is moving on to the way towards email as well, as you may have noticed. We lead hectic lives and if we could think of an easier way to say "Talk to you later", "See you later", or "Catch you later", surely we would. In fact reducing this to three or four words, like TTYL or CYL is all you have to do.

Should You Use Internet Slang All the Time?

You have to use your common sense here. Of course this is going to help you with your social media, a couple of friends and some of your colleagures. However, you have to use your discretion. Every single email shouldn't be flooded with acronyms, just like you would talk differently to various people.

Your childhood friend will be treated differently to someone who is twenty years older than you. You wouldn't walk into the office, catch up with your boss and say, " 'sup bro - all good in the hood?!" - Respect!

Internet Jargon - The basic run down

Most of the time, you would use these words a lot in texts when you are on the run, so you will see that they will really help you out there. Many people email from their phone as well, so that is going to help. Furthermore, once you understand what someone is trying to tweet, for example, then life will be easier, so it is worth the effort familiarizing yourself with some of these.

In my opinion – IMO

In my humble opinion - IMHO

You get the idea – YGTI

What about You – WBU?

First of all – FOA

Nothing much, just chilling, you? - NMJCU

Too Long to Read - TLTR

You Only Live Once - YOLO

You may also want to use these in the forums - you will certainly see people using them in the forums, so at least you know you are not coming across any strange code words.

email Slang - ending off your message

There are countless ways to end off your email. Here are a few suggestions. Obviously, you want to choose the appropriate manner, and that may not even be an acronym. Some people never ever use acronyms, and you should be able to tell if they prefer not to see "BR", and would rather view the full, "Best Regards". People don't suddenly like to go and Google everything they see in your email.

TTYL - talk to you later

TTYT - talk to you tomorrow

TTYW - talk to you whenever

WMB -  write me back

If you want to go one step further, you may like to know that there are a couple of acronyms, slightly different to that which you may be using on an email, but useful. Some people may say that this is more relevant, because of the fact that you can only use 140 characters.

If you really want to get a powerful message out there and you are restricted with your word count, it becomes difficult. This is why getting to know about this type of slang can be helpful.

Of course, it is also helpful to know the basic lingo. You may find that someone has sent you an important tweet, but what is "abt da"?

egotwistical - someone who tweets solely about himself

friendapalooza - when a tweeter adds a lot of friends at once

HAND - have a nice day

ICYMI - In Case You Missed It

NTS - note to self

Twabstinence - cut back on your tweeting time

yoyo - You are on your own

ykyat - you know you addicted to 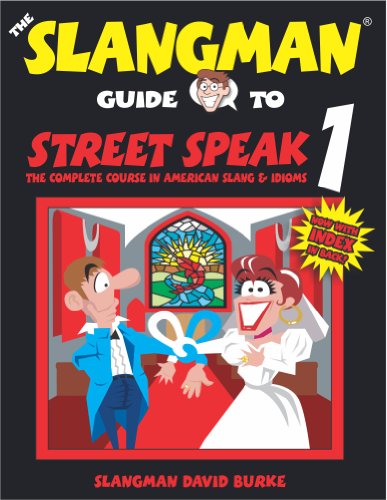