Thanks for reading!
InfoBarrel is a writing platform for non-fiction, reference-based, informative content. Opinions expressed by InfoBarrel writers are their own.
InfoBarrel > Business & Money > Finance > Education Finance

Does It Make Sense to Donate Money to Charity?

If you're planning on making a charitable contribution to a charity, now's the time to plan for maximizing your contribution's impact for both you and the recipient charity.  With a quick calculation, you can estimate your tax liability and formulate a plan to both increase your financial giving before year-end and reduce the amount of taxes you're required to pay.  A charitable deduction reduces your taxable income dollar-for-dollar up to 50% of Adjusted Gross Income (AGI), so we'll make these projections based upon before-tax dollars.

Billions of dollars are donated to charities every year, and the benefits are incredible both for the giver and the receiving charity.  By planning ahead, you can estimate the tax deduction your contribution will allow you and maximize the potential.  Simple math is all it takes.  Follow along as we walk through the simple process of maximizing your tax deduction while making a positive impact on the world around you.

Check Your WalletHow much do you plan on earning this year in taxable income?  Once you've got that number, check it against the 2012 U.S. tax rates table below.

Knowing how much taxable income you'll report to the IRS is the key to maximizing your charitable contributions to reduce your tax liability. Many tax preparation software programs can help you with this, but only in planning ahead for next year.  But you must make your donations before December 31 in order to qualify for the deduction when you do your taxes

Let's assume a married couple earned $80,000 in taxable income for the tax year ending December 31, 2011 (2013 tax brackets haven't been finalized yet.)  That income puts them in the 25% tax bracket.  If they make no charitable contributions to a qualified charity, their taxable income remains at $80,000, and they'll end up paying $12,060 in federal tax.  This married couple donates ten percent of their income to their church, however, which reduces their taxable income to $72,000 and reduces their tax liability to $10,060, saving them $2000 in taxes.

Consider another couple earning only $50,000 per year in taxable income, which is a respectable income by the world's living standards.  They would pay the same $1740 on the first chunk of income up to $17,400.  On the income from $17,401 to $50,000 they would be liable for $4890 in taxes, for a total tax bill of $6630.  If this couple makes no regular charitable contributions but decides to turn over a new leaf this year by making a charitable donation of $1300, their taxes would be reduced by only $195, a little more than half of the first couple's savings on that same donated amount.

Credit: Flickr user artist in doing nothingLet's be clear here: I'm not advocating anybody try to pay out $1300 in charitable contributions to avoid paying a measly $325 in taxes; that doesn't make good financial sense

.  But if you're close to the next lower bracket, it does make sense to give a touch extra to keep all of your income taxed at the lowest rate possible.

But if you're looking to cut your tax liabilities while helping those less fortunate, now is the time to plan for that year-end contribution to get you to the next level.  Who knows, the person you help just may become the next President of the United States of America. 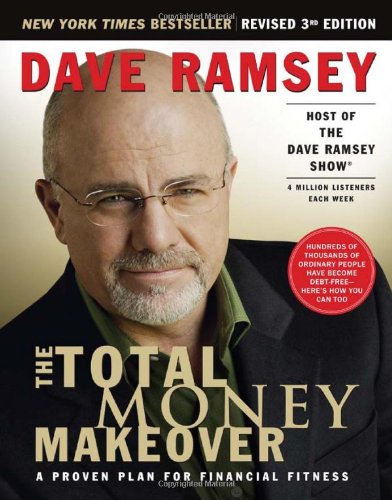 The True Cost of Student Loans

Learn Chinese If You Want to Get Rich. Here's Why.

How to Find Angel Investors

Repairing Your Own Credit Score - Top 5 Ways To Fix Errors

How to Teach Children about Money