This topic might make some smile, but if music is really useful to help plant growth and avoid expensive fertilizers and pesticides while it is interesting to use, why not?

I am not going to give an esoteric kind of answer, where you either believe it or not. The influence is a fact from the results of several decades of scientific research on the subject.

The effects of music on plants are divided into different influences and technical aspects: 1. Mechanical effects of sound classified by resonance, pressure, vibration. 2. The electromagnetic effects of sound, also classified by resonance, electromagnetic energy and vibration phenomena. 3. The effects of the emotional aspect of music on plants, because plants are also sensitive to the emotions and thoughts. Here are several influences and techniques that have been tested on plants: 1. Classical music 2. The proteins’ sequences of resonance, which are songs targeted for regulating the biosynthesis of proteins and gene expression 3. The technique of Sonic Bloom, the songs of birds 4. The influence of specific frequencies 5. Ultrasound and infrasound 6. Specific sound frequencies and their effect on electromagnetic waves and radio. In addition to the mechanical and electromagnetic effects that music can have, research also shows the effects conveyed by music on its emotional aspect. If you like a certain kind of music, you will also prepare this positive environment for plants that you "love." This is an aspect that is not at all negligible. In the agricultural scientific research this aspect is almost always overlooked, making most of the official agricultural research obsolete. For thousands of years there have always been agrarian rituals which were accompanied by songs and music to help the germination, growth and harvest (mostly related to Gods of fertility etc). Even today, many Indian tribes of Central America, in Ecuador for example, perpetuate these rituals every morning, with women gathering to sing in the gardens for the enhancement of crops. These tribes are becoming increasingly rare. There are still some tribes also in North America and Africa performing these practices and playing music and songs specifically because of their beneficial effects on crops. For example, in some African dance they have sequences that are especially designed for rain. Even now many Indian tribes continue these rituals with some success. Many scientists refuse to even observe the facts on these subjects, blinded by their own ignorance and dogmatism.

Did you know that scientists have demonstrated the effects of music on plants?

Research carried out in Santiago de Chile by Ms Marcela Marchat, who specialized in  Environmental Sciences, and professor Ramón Robles, specializing in music therapy, revealed that music accelerates the growth and development of snails and plants. The Planetarium at the University of Santiago said in a statement that the two scientists showed, after 48 months of research, that snails exposed to music recorded 18 percent more weight and greater locomotion capabilities than the others that received no special treatment. Plants were observed for 56 months, and experienced during this time a 25 percent growth and showed a greater number of leaf buds and flowers, as well as brighter leaves, compared to the ones unexposed to music. The statement further emphasizes what the researcher Dorothy Retallack, from the University of Denver, saw on a group of plants which were exposed to classical music: they grew towards the speaker between 35 and 60 degrees. The ones that were exposed to rock and located close to the speaker were weaker and had less roots. Beatriz Rosado Martinez Barreiro and two Galician students won the Prize for Scientific Research Luis Freire for work done on the effects of music on the growth of seeds. Their research consisted of 198 germinating seeds of chickpeas, lentils and beans, split into two different groups. Group A “listened” to classical music, group B, disco music, group C, a Galician Foik group, group D “listened” to hard rock and group E listened to salsa. Group F was a control group without any music. It was found that the beans and chickpeas grew much more if stimulated with classical music, but the plants with hard rock or disco were more leafy. Lentil seeds, however, seemed to prefer silence. It is not the first time that an investigation reveals that music can influence the growth of plants, although so far no one has offered an explanation to the fact that some species are more sensitive to one type of music than others. A 2007 study published in "Asian Journal of Plant Sciences" found correlations between exposure to music and the speed of growth and mitotic division in onion seeds, or Allium cepa. The researchers exposed some seeds to classical music and other seeds were exposed to music with more dynamic and rhythmic intervals. Seeds “listened” to Chopin, Mozart, Mussorgsky, Tchaikovsky, Schubert and Wagner. The studies showed that, although both rhythms have positive effects on root growth and mitotic division rate, more dynamic music has a greater effect.

Would talking to plants have a real effect?

If we go through some of the available research such as the one of Cleve Backster, it goes even further, plants are more susceptible to attention we give them when we talk to them. They are therefore very influenced by our emotions. 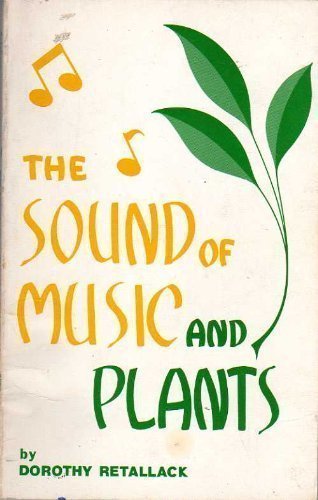 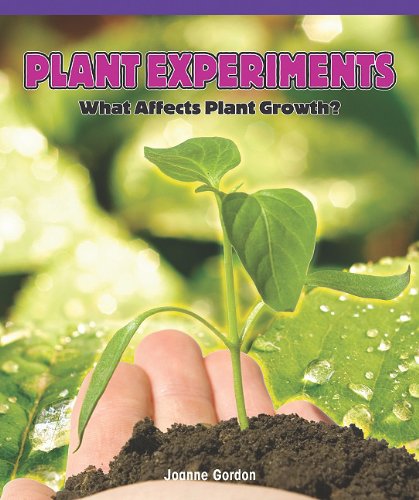 Plant Experiments: What Affects Plant Growth? (Look at Life Science) Amazon Price: $8.05 $7.95 Buy Now(price as of Jan 4, 2016)
Next >> How to Keep Raccoons Out of the Garden - Don't Let Your Yard be Their Midnight Buffet