Thanks for stopping by!  For all of you gardening fans, below are a few nifty e books that are available for instant download.  Enjoy! The Shoestring Gardner - Frugal Eco-friendly Gardening Tool Happy  Healthy Herbs - A Beginners GuideTo Herb Gardening
InfoBarrel is a writing platform for non-fiction, reference-based, informative content. Opinions expressed by InfoBarrel writers are their own.
InfoBarrel > Home & Garden > Gardening & Yard Care

Is it Genius or is it Junk?

When I first saw the pocket hose, I was intrigued and immediately wanted one for myself.  The hoses I have used in the past seemed to kink too often and also were heavy and cumbersome to wrap up after each use.  The Pocket hose looked ideal because it claimed to be lightweight, non kinking, fits in a little container before use and can be placed back inside that little container after use.

I went to my local walmart and bought one.  It was a 50 footer.  I was so happy to use it to water my little garden.  I got home and took it out of the container.  So far so good.Tried to hook it up to my spikot, and this is where the problems began.

The ends of this hose are made of plastic which did not seem to fit very securely over my metal spikot.  I still attached it on as best I could, and the result was water spraying everywhere at the nozzle end.  Darn!

Despite my initial unwanted shower from the spikot end, I proceeded to try to use the hose to water my garden.

As advertised, it did expand when it was full of water.  So I went on with my watering - no problem.  Well no problem for a few minutes.  Right around the time that I hit the 10 minute mark, I noticed that the hose began to lose pressure.  Upon further inspection, I came across several pin holes along the length of the hose.  Each hole was spraying water out into the air which caused the pressure to continue to decrease.  Darn again!

After about 20 minutes of use, I did manage to get my garden watered, but just barely. As soon as I finished using it, I quickly disconnected it, emptied the remaining water out of it, and tried to return it to the container it arrived in.  Problem.... It wouldn't fit back inside.  Despite the claims, it didn't shrink back to anywhere near the size it was advertised to shrink to.

I only wanted to fit it back inside so that it would make it easier to return to Walmart, but since it wouldn't, I had to shove it in a bag and return it that way.

After using this hose and being totally dissatisfied with it, I went to Amazon to try to find a better hose to purchase.  While I was there, I took a look at some of the Pocket hose reviews and was surprised at all the negative reviews on there.  Most customers had the same problems that I had.  Out of 1000 customer reviews, it was only rated a 2 star out of 5.[1]

Some customers claimed that the hose ended up splitting the entire way down the side.  That didn't happen to mine.  I think the pin holes kept the pressure low enough that splitting would have been impossible.

There were a few customers who loved this hose, which makes me wonder how they managed to get one that worked.  I'm glad for them, but I wouldn't take the risk of purchasing another one just to see if I received a non defective one.  I decided instead to try the Gilmore brand hose.  It doesn't shrink up to fit into a tiny container, but it neither does the Pocket hose. 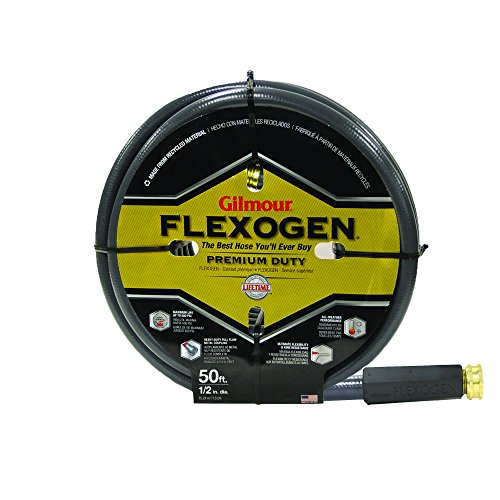 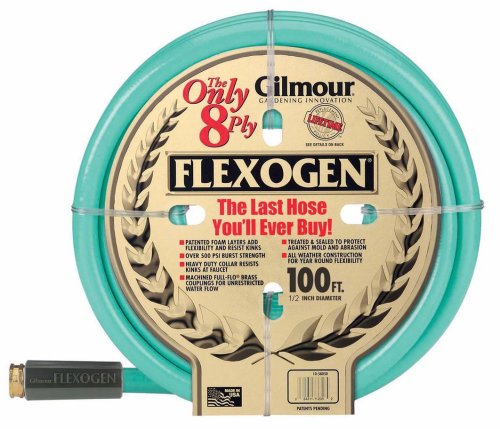