'Saluki: The Desert Hound' is available on Amazon.
InfoBarrel is a writing platform for non-fiction, reference-based, informative content. Opinions expressed by InfoBarrel writers are their own.
InfoBarrel > Lifestyle > Pets & Animals > Dogs

Dog Breeds of the World - The Saluki

The enigmatic Saluki is a very ancient breed of dog. It is the royal dog of Egypt. Ancient tombs of the Pharaohs in the Upper Nile region hold the remains of mummified Saluki-type dogs. Carvings from 8000 to 7000BC show dogs of the Saluki type with bodies like greyhounds and ears, tails and legs showing the feathering associated with the Saluki. The Saluki was sacred under Mohammedan law.

Brian Patrick Duggan's book 'Saluki: The Desert Hound and the English travelers who Brought it to the West' (published May 2009) chronicles the introduction of the Saluki into England at the end of the 1800s.

The saluki could be found from the Caspian Sea to the Sahara. Their Arab masters were nomadic and used the Saluki to run down the gazelle, following on their swift Arabian horses. Another sport for the Bedouins was to take a pair of Salukis out with a hooded hawk. Once released, the hawk would spot the game and the Salukis would run it down. 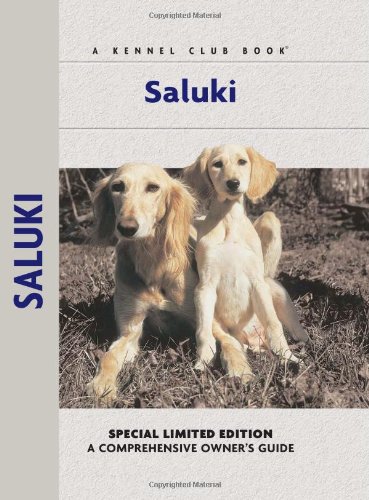 The saluki is a sight hound but also has a keen sense of smell. Sight hounds rely on their sight to pick up their quarry. They are long-legged and fast so they can keep their quarry in sight until they are either to kill it or hold it till the hunter caught up. Other sight hounds include the borzoi, whippet, greyhound, Afghan, Irish wolfhound and Scottish deerhound.

The saluki is related to the greyhound and when the breed first appeared in England they were known as Persian greyhounds or gazelle hounds. They made their first appearance in England around 1840, with the first Arabian saluki being imported by the Honourable Florence Amherst. Interest in the breed increased and in 1922, they were recognised by the British Kennel Club. Five years later the American Kennel Club officially recognised the saluki.

Salukis have a gentle dignity and grace. They are elegant and long-legged. They have great speed and stamina, and this, together with strength and agility, enables them to hunt and kill over any terrain from rocky mountainous country through to sandy deserts.

The males are much larger than the females. Males range from 23 to 28 inches in height and from 50 to 60 pounds in weight. They have a gentle expression and tend to be sensitive and aloof with strangers. With their family and friends they are affectionate and faithful. Generally, they do actively seek human company. They are good watchdogs.

The narrow head is long and the ears are long. They hang close to the skull and covered with long silky hair. The dark to hazel eyes are oval and bright. The neck is strong despite being long and supple. The chest is deep but not wide, the back quite broad and the loins arched. The feet are of moderate length with well arched strong toes. The tail is low-set and carried in a curve. It is well feathered on the underside. 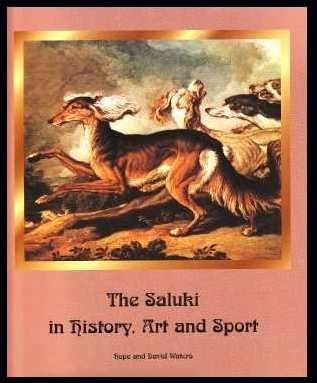 Salukis can be smooth-coated or can have feathered ears, tail, legs and feet. The coat is silky and soft. There is no 'doggy' odour. The smooth coated dogs need an occasional groom with a brush but feathered dogs need a daily brush. The hair between the toes should be trimmed. The colour can range from white, fawn, tricolour, gold, tan and black and tan.

Salukis have a life span of 10 to 12 years. Genetic eye problems can trouble some. Litters are generally eight to ten puppies. Salukis prefer to sleep inside in warmer conditions. While they are clean and quiet indoors they should have plenty of exercise. They may need to be kept on a leash as they are not particularly obedient and are easily distracted if they spot something worth hunting.

They are very fast but not actually suited as jogging companions unless you are as fast as they are. Free running in an enclosed space will suit them fine. They really need an active owner. They need firm but kind control. Harsh methods do not suit the Saluki, making him timid and nervous. He may not be suited to living with smaller, furry pets!