My dog did not start out scared of thunderstorms, or fireworks or any noises, but as years flew by, she became increasingly terrified.

on television and if you didn’t push the mute button quick enough, you were looking at,  at least 2 hours of panic.

I tried the Veterinarian method of drugs, but she just went all wobbly and dizzy and still panicked and soiled herself.  So I decided to research various other ways I could help her hours of serious panting and fear.

At 12 years old, I didn’t want anything to drastic, but there were a few options that have worked. 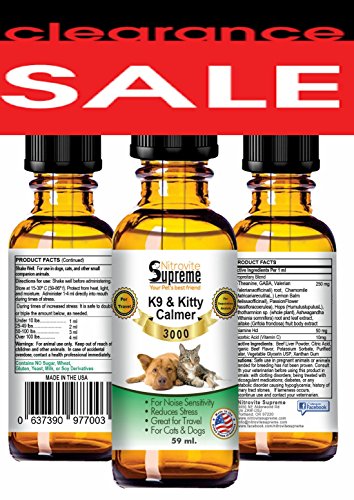 â˜…**PREMIUM CALMER CATS & DOGS**â˜… We Have The Best,Top Rated 100% Natural K9 & Kitty Calmer Periodâ—Human Grade Natural Ingredientsâ—Rescue Your Pet From Anxiety, Stress Or Use For Shot To Long Travels Amazon Price: $15.99 Buy Now(price as of Feb 2, 2016)

I found these drops to work quite well; the only trouble I found is that you had to be ready with them.  I found if you thought there was going to be a thunderstorm brewing, or you knew there would be fireworks that night, then to get these drops into them right away.  I found it didn’t work quite as well if you tried to use them once they had begun to panic, but still was a good choice.  I try to monitor when I can, and give them to her early.  These are an awesome product made from natural sources. 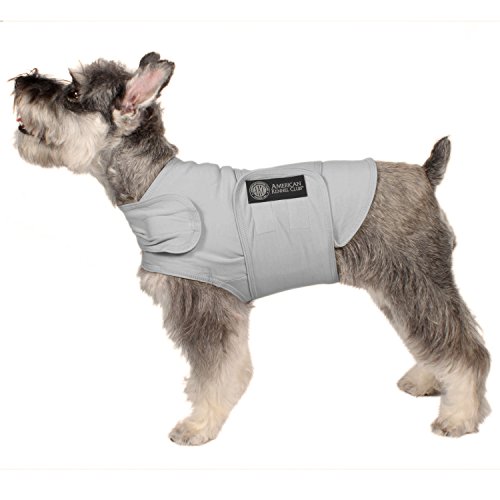 The idea behind these vests is that wrapping your dogs body, is like having a snuggle.  The research behind this, is that the light pressure on their middle stimulates the “relax” mode when a dog is in flight or fight, almost like us humans wrapping ourselves in a blanket to feel calmer.  If your dog is really scared, you could combine the drops and the vest. 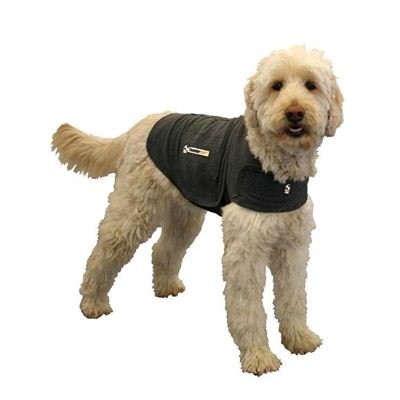 If you are at home and have the vest handy and you can feel a storm brewing or know there will be a party next door, or fireworks or loud noises, then simply place the vest on your pet.  It does work better if you get this on them before they are fully panicked.  So, you need to keep this vest handy.  Get the right sized one for your dog but don’t make it too tight.

You can also make your own calming vest in a pinch by taking an old T-shirt and putting it over their head (cut the neck opening if needed) and then taking some hair clips and wrapping it snuggly around their middle.  An old towel can work as well.

I have tried this with my dog, and it didn’t really work.  The idea behind this one is that by catering to them and giving them lots of attention while in this state will make them believe the danger is very real and create a bad habit.  My personal opinion - It didn’t work with my dog.  It might work with yours, but I found it difficult to totally ignore a dog that was trying to snuggle in closer with you because they were scared.  I would rather have her snuggle with me, than try and wiggle into a space under the couch and hurt herself.  I didn’t console her, just let her sit with me close and continued reading or watching TV or whatever I was doing and after a while she would calm down.

This worked well with my dog.  I realized that what she really wanted was to go somewhere very dark where she couldn’t see the lightening.  So, I would lead her towards the basement if I was home instead of under the couch, and if I wasn’t home, I would leave the basement door open.

She is actually our weather forecaster now, as she only goes in the basement when there is a thunderstorm brewing.  Many times she has known it was coming before we did.  I cleared a corner for her downstairs and that is her go to corner.  She will come up on her own when she is ready.

If you don’t have a dark basement or closet your pet can run to in a storm or fireworks or loud noises, then you could also get a cover for their crate.  The ideas are to create a cave like atmosphere where they feel safe yet can still see out.  My other dog used to love her crate and would head there if things go crazy.  The idea of a cover is a great substitute for a basement or other dark area.

If your dog goes beyond simply panting and hiding and begins to soil themselves, this becomes very difficult on your home.  Depending on the size of your pet, this can get very nasty.  My Sasha has begun to lose her bowels and urine if the thunder is loud enough.  Up until now it has always been on the hall rug when can be washed, but I have researched the idea of dog diapers as an alternative too.  I am not of fan of having to go that route, but they do work well, and save your floors and furniture and have a lot of good feedback. 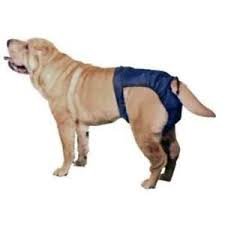