This is part 4 of Dr. John Henrik Clarke’s epic biography. Begin with part 1 of his biography, if you missed it.

Rome’s hold over its far-flung provinces weakens. In North Afrika, it faces a new and fierce challenge: Islam. The Arabs, noticing the weakness of the Romans in North Afrika, began to court the favor of the Africans. Arabs convinced the local African population to join in the struggle against a common oppressor. They also convinced many of them to abandon their traditional beliefs and pledge their allegiance to Allah. The Afrikans assumed that by supporting the Arabs, they would get the Romans off their back. They were right.

The Arabs did get the Romans off their back, but the Arabs replaced the Romans on their back. Like most conquerors, they declared war on Afrikan culture and Afrikan ways of life. The Arabs have always been a propagator and a defender of slavery and they’ve always rationalized slavery based on Islam. Dr. Clarke doesn’t believe any religion sanctions slavery and anytime religion is used to sanction slavery, the religion and the word of God is being misused. The Christians did it, the Arabs have done it and are still doing it, and so have the Hebrews - it’s not right in any case. 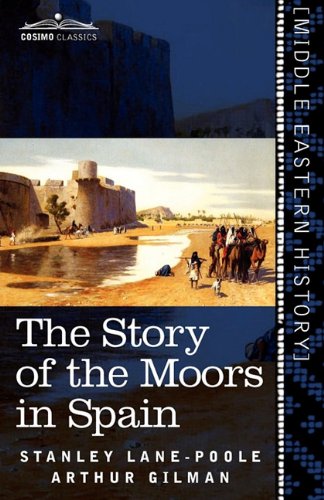 Islamic armies, their ranks dominated by Arab converts, defeat the Romans and push on to the continent of Europe. In the process, they capture Spain. There, the Afrikans and Arabs create a rich, cultured, and powerful empire. It was so powerful, it endures for 500 years. The achievement of the Arabs at this time is they had driven the Europeans out of the Mediterranean which forces the European back into Europe. They have no empires nor any great connections outside of Europe and, because of this, they ultimately will go into a period called the Dark Ages.

People are confused because, when the European mentions the Dark Ages, the Dark Ages for him was not the Dark Ages for other people. Concurrent with his Dark Ages, the Afrikan had his third Golden Age. As Europe suffers, three great kingdoms are emerging in West Afrika: Melle or Mali, Ghana, and Songhay. These were lands of enormous wealth generated by their control of the trade routes across the Sahara and the abundance of their gold mines. The kingdoms were known for their benevolent governments and their enormous respect for learning. For some time in history there were only two great universities: The University of St. Coree at Timbuktu and the University of Salamanca in Spain. The Africkn was solely in charge of the one in St. Coree and partly in charge of the one in Salamanca.

The Arabs, to some degree, had to institutionalize the practice of Afrikan slavery. However, the Europeans internationalized it. In Europe, the wealth amassed from the slave trade makes the industrial revolution possible, while laying the foundations of modern capitalism. In America, the traffic in human souls creates a vast Afrikan Diaspora. Millions upon millions of people ripped from their homelands were transported in chains to a distant, hostile world. The European came into Afrika as a guest and was treated as a guest. The Afrikans, unsuspecting and politically naive, had nothing against the Europeans and since he never enslaved any of them he assumed no European would enslave him. He had never dealt with anyone who would enslave the host, the wife who cooked the meals, and then lie about it.

Around 1442, the first slaves would be taken out of West Afrika. Spain along with Portugal go to the Pope who was the leading arbitrator of that day and was the one person in Europe with the greatest authority. Pope Julius II, known as "The Fearsome Pope" and "The Warrior Pope", is the papal monarch Dr. Clarke may have referred to for the time period mentioned above. The Pope would say to Spain and Portugal, “You take the East and you take the West and you two good Catholic nations stop fighting among yourselves.” Then he mandated them with this profound statement before their departure: “You are both authorized to reduce to servitude all infidel people.” The slave trade had now been sanctioned and the Europeans had been told they need not feel guilty of it because you’re doing this to an infidel who is outside of God’s grace.

England went into the slave trade with a vengeance, led by Captain Hawkins and the Good Ship Jesus. The coat of arms on the ship was two Afrikans bound back to back with their arms tied. So, they saw no contradiction in being in the slave trade and being Christians at the same time. Dr. Clarke believes Afrikans cannot deal with this enough because we’re still suffering from this barbaric legacy. Inside the minds of a lot of people in this world, into the millions, we are outside of humanity, outside of of the grace of God. That’s a terrible feeling as you walk the earth because what has been taken away is the Afrikans essential humanity and human being-ness. When your humanity is taken, your nation goes with it.

Early in the 19th Century, the concept of slavery began to yield to the concept of colonialism which was a more sophisticated form of slavery. Slavery as a system became unwieldy and besides, there was a point when it was saturated. Everyone who wanted and could afford a slave had one. The European nations of size who didn’t have any stake in Africa began to grumble. At the Berlin Conference of 1884 and 1885, the European powers of substance who didn’t own any parts of Afrika were given some parts of it. However, Afrikans didn’t fall at the feet of European invaders. They fought fiercely, bravely, and continually. 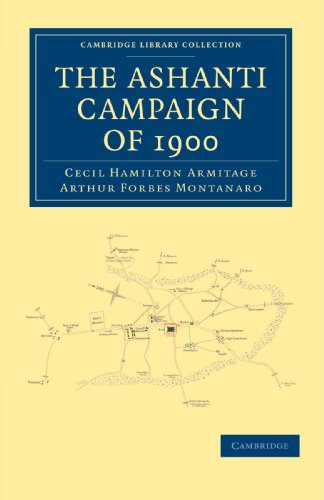 Anti-colonial wars began on the West Coast of Afrika, parts of inner Afrika, and in the Congo. The Zulu wars lasted from the 1650’s when the Boers arrived until the last Zulu war in 1906. In Ghana, the Ashanti wars lasted from early in the 18th Century to the last Ashanti war, led by Queen Yaa Asantewa I, in 1901. For a while it looked as though the Europeans would not be able to hold on to the continent. More manpower and more ruthless treatment brought it mainly under their control. By 1884, 1885, and afterward there was no dispute about who was in charge of Afrika, it became not a matter of who was in charge of it but instead became a matter of who was in charge of what parts of it.

Dr. Clarke believes we have been hung up on a myth of the conqueror and the invader as the bringer of civilization. But no people ever brought civilization to another people at no time and at no place in history. It’s one of the most protracted lies we ever listened to because civilization is the art of being civil. The word “civil” means being peaceful and there’s nothing peaceful about aggression. Only the slave can abolish slavery. If someone is on your back, you have to bend a little to balance them on your back. The best move, if you want to get an oppressor off your back, is to stand up straight.