Dr. Clarke believed there’s something about an island and a body of water that creates a special kind of dreamer. Because Africans didn’t know where they came from in Africa, they dreamed of the whole of it and brought it all together in one piece. The seeds of Pan-Afrikanism, planted in the United States during slavery, later flourished in the fertile soil of the British West Indies. Trinidad produced the three greatest Pan-Afrikanists: H. Sylvester Williams, C. L. R. James, and George Padmore. In Trinidad, they formed the Pan-Afrikan League which was eventually shortened to Pan-African by H. Sylvester Williams.

He would call a conference in London in 1900 where a few scattered Africans, a few people from the Caribbean islands, and W.E.B. DuBois attended. They didn’t ask for the independence of Afrikan states at that time. They asked for preparation so that they could obtain the type of education that would prepare them for eventual independence. They were reasonable, it’s just that no one listened to their requests. Yet, the conference made some kind of impression. After the first congress, DuBois would be the leading light during the next few sessions but the most meaningful congress was the one he called in Paris. As a result of this congress, DuBois came to center stage as the leader and theoretician of Pan-Afrikanism. 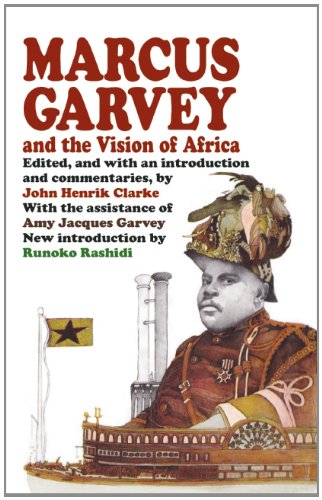 The concept of Pan-Afrikanism was not exactly new because Afrikans living in America were practicing it long before someone gave it a name. The Afrikan Settlement Movement, a movement that settled Liberia, was a Pan-Afrikan Movement. The so-called Negro Convention Movement was a discussion of how you bring the Afrikan world together. The entire 19th Century was based upon Pan-Afrikan thought, including Prince Hall and his development of the Black Masonic Order that he called the Afrikan Lodge and the search for a place for settlement by Martin Delaney and Robert Campbell. In 1829, David Walker’s appeal to the colored people of the world was, basically, a Pan-Afrikan appeal. All of this occurred before the end of the 19th Century.

The Ultimate Pan-Afrikanist was the Jamaican, Marcus Garvey. It was soon after the end of World War I, the Secretary of War told the Black American soldier that their lot would not be appreciably changed by virtue of the fact that they fought in the war. There had been an investigation that uncovered the fact that many of the European nurses wouldn’t treat Black soldiers in the hospital and refused to touch them. Some of them died as a result. So, you have these grievances pent up in the veteran coming home. These events came to a head in 1919  during the Red Summer riots which occurred all over the U.S. Marcus Garvey pointedly told all who would listen that they weren’t wanted on American soil and encouraged Afrikans to return to their original homeland in our own ships. Lots of people who would not otherwise listen were now willing to do so.

They began to dream the great dream of rescuing the minds of Afrikans living in America from depression and self-doubt. By 1923, Garvey was in some difficulty with the boats that were purchased and some of the people he hired to run them who terribly mismanaged funds and who betrayed him. He collected millions for the ships that were old and not as seaworthy as he thought they were for voyage. Garvey moved over large territory, maybe too fast, and yet he built the largest movement for Afrikans living in America before or since his time. Dr. Clarke felt there needs to be a reassessment of Marcus Garvey and his long-reaching effects. He called attention to what slavery and colonialism had taken away. They took away a concept essential to all the people in the world which is state management and state maintenance. Once you’re taken from the geography of your origin and forced to live in a state designed by others, you’re still a slave to the man who was astute enough to control a container called the state. 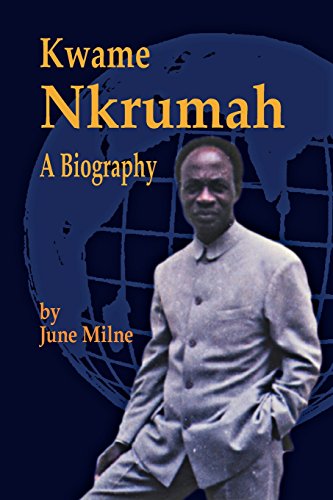 The cannons of World War II were barely cold when Afrikans met in Manchester, England. They were prepared to claim that container called the state for themselves. The Pan-Afrikan Congress of 1945, had the one thing that previous congresses didn’t have: Caribbean scholars, a few Afrikan American scholars, and Afrikans themselves are now participating. They weren’t talking about Afrika out of the presence of Afrika, but included native Afrikans themselves. Kwame Nkrumah was one Afrikan who was the co-convener of the conference. Out of that fifth Pan-Afrikan Congress came the mentality, the basic planning to rule and to take over a nation. While other leaders were asking for an education, leaders at this current congress knew they had the education and the manpower and wanted to begin ruling immediately.

The people of Ghana, formerly known as the Ashanti Empire, resisted British rule from the very beginning. In March of 1957, they became the first Afrikans to win their freedom. Kwame Nkrumah was ready to rule. Dr. Clarke was a personal acquaintance of Nkrumah and his impression of Nkrumah was not as a future head of state, but more as an Afrikan who would return to his homeland to make a major contribution to his nation because he was genuinely committed to their continued advancement.

Dr. Clarke traveled to Afrika in 1958 because he had been promising himself the he was going to get to Afrika next year. That promise to himself went unfulfilled for five years before he actually arrived there. When he finally arrived, all he had was a return ticket. He told an Afrikan, who read one of his articles in an Afrikan magazine and who had gotten his address from the publication, that he was coming to Ghana and requested the man to arrange for hotel accommodations for a brief stay. Instead the man arranged for Clarke to stay in his home located in the slums of Accra in Jamestown.

Payment that was due him didn’t arrive as expected and, when it did arrive the check bounced, which left Clarke stranded. At the same time, Nkrumah returned home where the people lined the streets to greet him. This included Clarke who thought he blended into the crowd amongst the throng of Afrikans. As Nkrumah passed by he spotted Clarke, stopped the motorcade, got out and asked him jokingly, “What the hell are you doing in my country?” Clarke was so caught off guard he could only laugh at the President’s directness. Nkrumah remarked he was a long way from Harlem and asked where he lived. When Clarke told him, Nkrumah shook his head and said, “You sure must love Afrika.” During the exchange, Clarke informed Nkrumah he didn’t have any money, his check bounced, and he wasn’t sure how he would get home. So, the head of state offered him a job working on his newspaper, The Evening News.