Greetings! I'm Angela Parker, a novelist from south Texas. I enjoy meaningful prose and entertaining fiction. I love to take a fanciful yet informative path in my work at every opportunity. ~A.D. Parker~
InfoBarrel is a writing platform for non-fiction, reference-based, informative content. Opinions expressed by InfoBarrel writers are their own.
InfoBarrel > Environment

All right, maybe dragons as many humans think of them are myth until proven fact, but to the several species of Red Harvester Ant in existence dragons are certainly a real threat. They may not breathe fire, but they do regularly, and surprisingly delicately, pick off the village laborers in Harvester Ant colonies. There are many species of dragons from an ant’s perspective, but today I only want to tell you about one. They are Texas Horned Lizards, and they are in danger of being slain.

These dragons are no threat,

but they are threatened.

Self-preservation is seemingly not on the top of the priority list for the Texas Horned Lizard. It makes sense that a lizard with a dragon complex would have the idea of protecting itself by flattening out and acting big. This may work well if there is a cat or bird posing a threat, but if the threat is a two-ton alien robot rolling warrior vehicle monster, well I am afraid that it will just run them over without even realizing they are in the way. Unfortunately, even though there are increasing numbers of motor vehicles hitting the roads where they live, these vehicles are still not the greatest threat to the lizard.

The main diet of the lizard is the large species of ant known as the Red Harvester Ant. Every day Harvester Ants will lose their lives to the hearty appetite of the lizards. Even so, it seems that the queen of the colony would prefer being attacked by a natural force, rather than have their distant cousins of no close relation, the invasive Imported Fire Ant, plunder and pillage the colony until there is nothing left but a ghost mound. The truth of the matter is that fire ants are incredibly destructive. They are capable of endangering the lizard in multiple ways. They may launch a direct attack, but more commonly, they will annihilate colonies of Red Harvester Ants by attacking and killing the royal entourage, leaving the lizard without a food source. Fire ants also wreak havoc on the eggs of the lizard, successfully snuffing out future generations before they ever even make it into the world.1

Loss of habitat is of course a big deal when it comes to dragon, er, Texas Horned Lizard territory, but not for the reasons you would think. The lizards are adaptable, but their food source is not. When the habitats of Harvester Ants are paved over, plowed up, or poisoned it leaves the lizards ant free and in a position to starve to death. There is also, again, the problem of the invasive Imported Fire Ants that move in and take the food sources from the Harvester Ants that are cherished by the Texas Horned Lizard

So what do I think we should do with fire ant colonies?

Well there is my personal favorite, the individual who pours molten aluminum2 down into their villages and gives them a taste of their own invasive and devastating behavior. This seems to me like a great plan of attack. The ants are controlled, and the pieces of art that come from this practice are beautiful, unique and informative. Unfortunately this is not the best option for all of us, so there are a few other, user and environmentally friendly ways of getting rid of your Fire Ant invasion if you so desire. I met a woman once that said dry grits are the best thing to get rid of them. She said to shake them right on the mound, just a sprinkling would do, and I wouldn’t have any more trouble with them. I am happy to report that she was right. I heard the same of dry corn meal, but I have not tested that option yet. A sprinkling of cinnamon, cayenne pepper or coffee grounds over their entry point into your home will keep them at bay. Wiping things down with vinegar will deter them (and any other living creature with a good sniffer), and citrus oils are always a fine additive to your vinegar for extra ant deterrent power.4

At the end of the day, these imported fire ants are not native3, they are invasive and destructive, and the delicate balance of the ecosystem they have invaded would be better off without them, as would everyone who wants to walk barefoot in their yard. This is my opinion of course, but no one should ignore the fact that these ants are here by mistake and the habitats they invade are not equipped to keep them under control.3  Just ask a Texas Horned Lizard, in the event that you can find one. While two decades ago you could see them everywhere, today they are in diminishing supply. In short, if we eradicate an imported species, seems to me like that is merely restoring the natural order of things.

Why, you may ask, does the life or death of these miniature spiny dragons and their big ants affect me?

Well, in truth, you could live out your life in the event that these creatures become extinct without ever knowing of their loss. Your grandchildren might learn about them in the same way that we learn about the Saber Toothed Tigers now, maybe not in the exact same way, but close. Some institution would likely add them to a list and honor them as an interesting species that once lived. People would erect monuments in their memory, instead of or in addition to their adoration. The reality is that the loss of this creature would not have a huge impact on your life, but there is no way to know for sure what the impact will be on our future generations.

Think of the moral responsibility of protecting our ecosystems. If we allow the Texas Horned Lizard to perish, what is next? Will it be the Honey Bees? If we are not careful, we could lose something that would have a devastating impact on life, as we know it. The disappearance of life within an ecosystem weakens the integrity of the structure. An ecosystem weakening is an indication that the area is less suitable for sustaining life, including people.5 When an ecosystem grows weak and collapses, the land becomes stagnant and increasingly inhabitable.

If concern for the matter still eludes you, just think of the possibility that you could walk into the store one day and find that they are out of meat and vegetables because the land is unable to sustain plant life. It may seem farfetched, but it is frighteningly feasible.

At the end of the read, love your friendly neighborhood dragon, no matter what species it is, because it is important to the delicate balance of the environment that surrounds you. 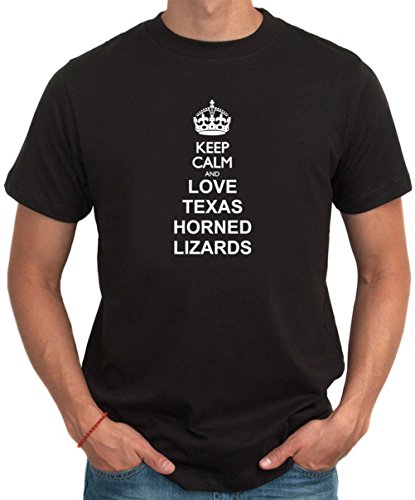 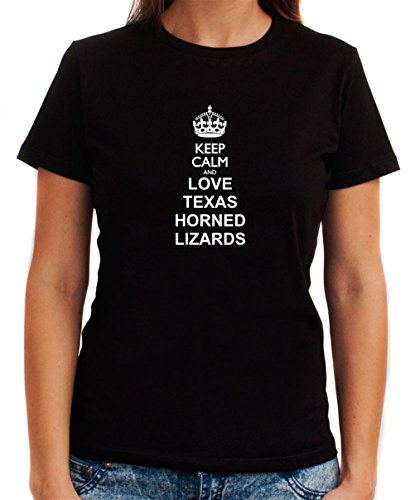