Cleaning the lint out of your dryer vent is a highly important part of the dryer-unit upkeep. Not only does the lint slow drying times thereby raising energy use costs, but also presents a fire hazard. Lint is highly combustible. As the lint blocks the airflow and continues to build up inside the ventilation, it becomes more and more of a fire hazard until the lint becomes hot and begins to burn. Many dryer vents run through an exterior house wall making the potential to not only severely damage your dryer, but to damage or destroy your home. Keeping your dryer vent clean, allows for safe dryer use.

There are many ways to clean the lint out of the dryer vent. Choose the method that is easiest for you. All of the cleaning methods are highly effective. The most important point is the lint requires removal and the method is less important than the actual cleaning. Keep your dryer running safely and efficiently while keeping your home and family safe. Clean the dryer-unit vent every six to 12 months depending on how heavily used the dryer is.

Preparing to Clean the dryer-unit Vent

Remove the electrical plug from the wall receptacle. If the dryer is hard wired, shut off the breaker that controls the dryer-unit. Never work on any electrically powered appliance with the power live and connected. If you have a gas dryer, shut off the gas supply.

Pull the dryer out of its position and away from the wall. Move the dryer-unit slowly so you do not pull the vent or the gas line. It gives you about 20 to 28 inches of work space behind the dryer.

Use a screwdriver to loosen the clamp that holds the ventilation onto the dryer-unit.

Slip the dryer vent off the back of the dryer-unit.

Move to the outside of the house and remove the vent cover from the outside.

Use a vacuum with a hose attachment, either a household vacuum or a shop vacuum.

Vacuum the exhaust hole on the back of the dryer. Oftentimes many homeowners overlook vacuum this area when cleaning the dryer vent.

Insert the hose into the dryer vent little by little to pull lint off the interior surfaces of the ventilation.

Move the hose as far up the vent as possible.

When you’ve reached in as far as you can go, bring the vacuum outside and insert the hose into the ventilation from the exterior side. Vacuum as far into the vent as far as possible. If you require extra length to your hose or if the hose does not fit into smaller spaces, consider using a commercially available attachment such as the Lint Lizard or some another manufacturer’s extension hose.

If you’ve reached the entire length of the ventilation with the vacuum hose, you are done.

Put the vent cover back in place and recaulk the ventilation if necessary.

Go back inside the house reattach the vent and tighten the clamp.

Push the dryer back into position, reconnect the electric and turn the gas back on if applicable. 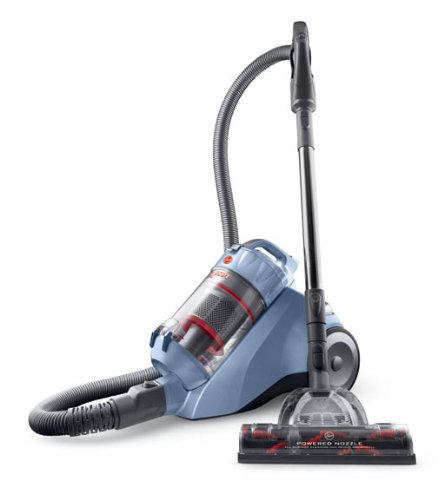 Dryer augers are used for large blockages and excessive amounts of lint or other debris that are not easily reachable or removable.

Insert the brush end of the auger into the vent pipe and turn the drill onto a low speed.

Gently push the drill to force the auger through the trapped lint. Turn the drill off, remove the auger from the vent and pull the lint off the brush. Place the auger back into the vent and continue to clear the vent. As you move up the vent, you may have to add flexible rods to lengthen the reach of the auger attachment. Reach through the pipe as far as possible.

Move to the outside of the house and auger through any trapped lint. There shouldn’t be any trapped lint to work through from the exterior. Most of the lint will collect closer to the back of the dryer. But, there may be other obstructions that have blown in or physically entered the vent. 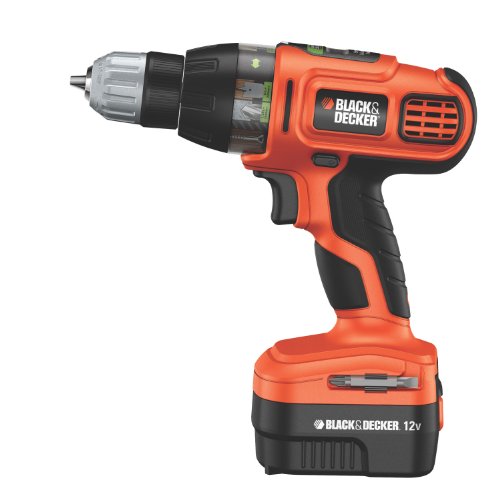 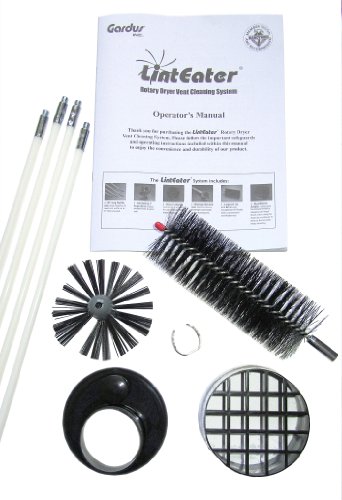 Insert the brush into the vent pipe.

Push the lint brush into the vent and twist it to swab the lint off the interior walls of the pipe.

Continue to push the brush up the pipe and add extension pieces until you’ve reached as far as you can.

Move to the outside and insert the lint brush into the pipe from the outside of the house.

Push and twist the brush as you move through the pipe collecting excess lint and debris as you move along. 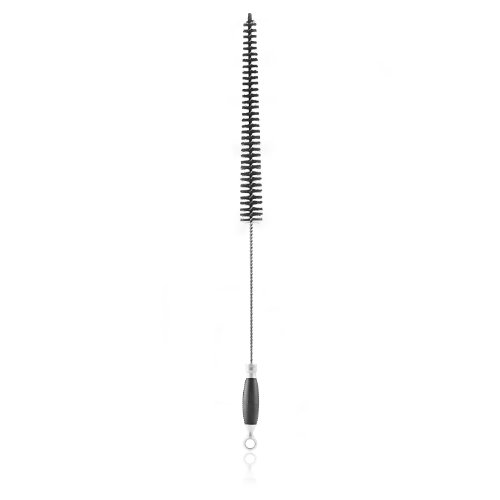 Handheld blockage removal tools are made of thick flexible wire with a hook like end.

Push the tool through the pipe until you hit the blockage.

Twist the tool to hook a small amount of lint or other debris. Pull the tool out of the vent and remove any linty collection on the hook. Repeat the process until you break through and free the obstruction.

Repeat the process from the outside of the house.

Even after removing the lint from the collection area after each drying cycle is complete, lint will still collect under the removable screen. Cleaning this area is also necessary.

Remove the collection screen and insert the brush into the narrow space.

Move the brush back and forth and from side to side to remove excess lint and debris.

Clean your dryer vent once or twice a year to prevent the possibility of fire.

Remove the lint from the collection trap after each load of clothes.

Make sure you have a smoke alarm installed near the dryer, to alert the occupants of the house in case of a fire.

Consider replacing the hose every two to three years. If you choose to replace the vent pipe, it does not take the place of cleaning in between replacement. 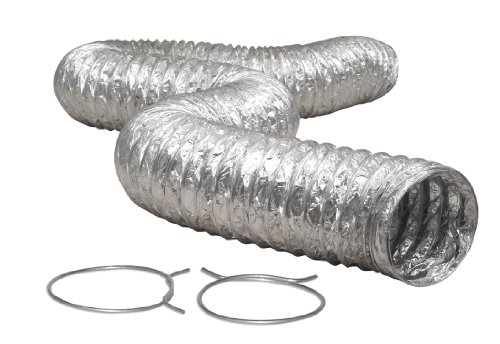