If you were Dwight Howard....

July 1 marks the start of the free agency season in the NBA. It means that NBA teams are in the scramble to attract and sign up players in order to win the ultimate prize, the NBA championship. This also means that teams are in the race to sign up one of the biggest stars in the NBA, Dwight Howard. To those who don't know him, Dwight Howard is one, if not the best big men in the NBA today. A three time defensive player of the year, multiple time all star, perennial MVP candidate, league leader in blocks and rebounds, and a whole lot more just from this one man. Now imagine if you were Dwight Howard, you would probably want to win an NBA championship while you are still in your prime yet at the same time you want to get proper compensation for your talents as one of the best big men in the NBA.

Where would you sign up this free agency? This article would be listing his most probable suitors and you decide where you would be if you are Dwight.

The Hawks show promise in signing Dwight since they have a lot of cap space in their account, meaning they could sign more players to complement Dwight in their quest for an NBA championship. They also have in their roster NBA all-star Al Horford with whom Dwight could form a deadly 1-2 combo with. Dominating the post could mean potential doom for their foes if ever Dwight goes to the Hawks.

However, Josh Smith is trying out the free agent market this year which means the Hawks are losing one of their best players. This means that the Hawks would be having a very hard time. They also do not appeal as much as big market teams since they have not been to the Eastern Conference finals for the past years now.

Would you go to the Hawks?

The Mavericks are once again on the prowl to sign up a superstar in order to find championship glory once again. Their main appeal lies in their star player Dirk Nowitzki. Dirk teaming up with Dwight could be devastating as they would dominate both the inside and the outside. Add to this the proper core of supporting players and you could very well see what this combo could do to opposing teams.

However, the con is that Dirk Nowitzki is 35 years old already. This means that he only has a few years of prime playing years if ever Dwight does go to the Mavericks. Another thing is that outside of Dirk, the Mavericks don't have much of a supporting cast. This means that they are not guaranteed to win the title should something happen to either Dwight or Dirk.

The Warriors are boasting of the young core of Steph Curry, Klay Thompson, and Harrison Barnes. They recently just went toe-to-toe with the eventual western conference champions San Antonio Spurs. They also have some of the most promising players and coach in the form of Mark Jackson.

However, they are severely taught in the cap space department which means they can only get Dwight in a sign and trade deal. If they do this deal, they run the risk of jeopardizing the next years in hopes of an NBA championship immediately.

Would you go with the Warriors?

The Rockets are one of the most touted to sign Dwight since they boast of a superstar in James Harden, promising young players in Chandler Parsons, Jeremy Lin, and Omer Asik. They also have one of the most intriguing general managers in the form of Daryl Morrey. If ever Dwight goes to the rockets, they would become contenders for the western conference title even with their young core of players.

However, signing with the Rockets is more of a risk if you factor out the chances that the young core does not live up to their expectation and sputter out in the coming years.

Would you playwith the Rockets?

The Lakers are the other team most expected to sign Dwight since they could offer him the most money in order to retain him. Alongside Kobe Bryant, Pau Gasol, Antawn Jamison, and Steve Nash, the Lakers are a lock to become contenders once again if Dwight re-signs with them. They also have the name brand of being recognized as the Lakers dynasty if ever Dwight does go back.

However, seeing what happened to Kobe last April, there is no assurance he could retain his MVP level numbers this coming season. The other core players are also aging especially Steve Nash. This could become more of a pressure type situation for Dwight if ever they lose again in their quest for a championship.

Would you re-sign with the Lakers?

Wherever Dwight goes this season, it would surely change the landscape of the NBA powers and shape up another exciting season of basketball. 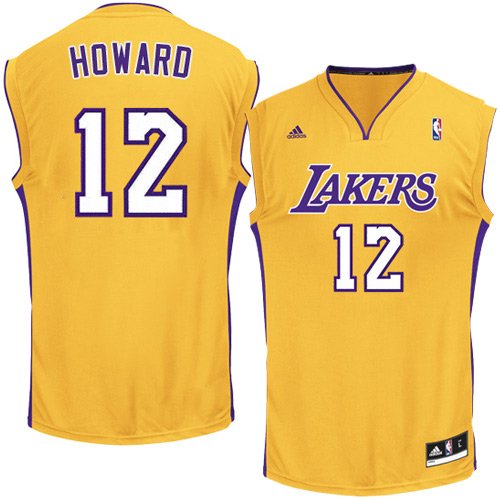