Dyson have recently added the new & highly anticipated stick vacuum - the DC59 Digital Slim Mark III to their cordless range (set to be released on the 1st of October), but what many people seem to be overlooking is that they are also set to release their latest 'updated' handheld vacuum (from that of the DC34) -- the new Dyson DC58 Handheld cleaning machine.

Hosting all the latest upgrades & Dyson technology - the DC58 is certainly a huge leap in progress on its predecessors (the DC34, DC31 & DC30 handhelds) - enabling it to perform "three times the suction of any other handheld vacuum in use", a pretty bold statement to make, but a unrealsistic one, especially once you have seen (from below) what has been crammed into it. 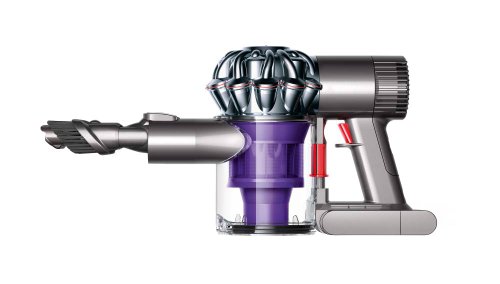 Firstly, the DC58 features the new Digital Slim V6 Motor that encompasses 350 watts of power (being far more powerful than its previous models which still encompassed only the first V1 motor) which we approximate it to enable a power of somewhere around 90 Air watts of constant suction (on its boost mode) -- which also makes sense with the claim of being three times as powerful (given their previous model was 28 Air Watts in standard mode).

Moreover, it incorporates the latest two-tier radial Root cyclone technology (far more advanced than the standard root cyclone technology encompassed with previous models) this basically allows for it to have three distinct benefits: i) it runs on a bagless mechansim (saving you the trouble of having to constantly replace bags as well as being able to tell instantly when the bin needs emptying rather than having to second guess it), ii) it doesn't with loss of suction (where as dirt builds up in the bin - the suction power doesn't diminish, an issue seen amongst non-Dyson handhelds) and iii) where the main difference lies - is that it is able to generate incredibly high centrifugal forces that allowed for a very high pick-up rate of microscopic dust particles (as small as 0.5 microns) & large dirt particles.

Despite these more demanding aspects placed on the DC58, it also has a higher run time than  previous models of just 15 minutes on standard & 6 minutes on boost mode. It has been placed with a trigger mechanism, which means it only drains the battery when you are actually vacuuming - this has extended its battery life to a potential 26 minutes, moreover you are able to get 10 minutes of higher constant suction & then 6 minutes with the highest (for the more difficult tasks). This is all mainly due to being fitted with a cobalt battery that enables 1.5 times the power of the previous 22.2 volt lithium ion battery - although the charge time hasn't been officially released for any of their cordless vacuums it is estimated to be around 3 hours (and so likewise for the DC58).

This being said, a lot of the main principles remain with regards to its compact design (dimensions: 20.8 x 14.0 x 39.5 cm) & ergonomic functionality (comfortable hand rest). With it of course being incredibly lightweight (just 1.3 kg) & with its weight distribution placed in the handle (to give it yet a further feeling of lightness) allowing you to vacuum your car, your upholstery & stairs to be a 'easy' job. Moreover, you are equipped with the standard Dyson attachments - the combination tool (to allow for powered dusting), crevice tool (to vacuum tight spots) & if you get the animal version (i.e the DC58 Animal) then you also get the mini motorised tool specifically designed for effective pet hair pick-up.

Like all of the cleaning machines in the cordless range, Dyson offer you an above industry standard -- of two years which covers both the parts & components as well as the labour costs. So you can basically get your vacuum fixed like new at zero cost when under warranty.

How Much Will the DC58 Cost?

As said, there will be two versions of this handheld vacuum - the latter (animal) is intended for those who have a pet hair problem within their household so have been given an extra attachment of the mini motorised tool - there are however no differences (apart from colour) besides that - one version isn't more powerful than the other etc.

When is the Official Release Date for the DC58?

The 1st of October is when the DC58 is officially released & hopefully more precise specifications with regard to noise levels produced, bin capacities etc. will be released as well.

I'm pretty excited by what Dyson has to offer here, potentially the most powerful & best handheld vacuum model that the market has yet seen. I am as of present not overly keen on the price tag it has, but we will get to see if it is worth it -- with a good thorough testing.

Where to find the DC58 Best Price?

If you are searching to get hold of the cheapest price for the DC58 instead of directly going to Dyson and ordering it from there, you have two other decent options where you are likely to get it cheaper -- Amazon: where they hold pretty decent discounts on a range of all Dyson products already (either through them directly or third party companies) or through eBay: in which someone might be selling it used or as unwanted (be sure to check over the guarantee that is in place however). 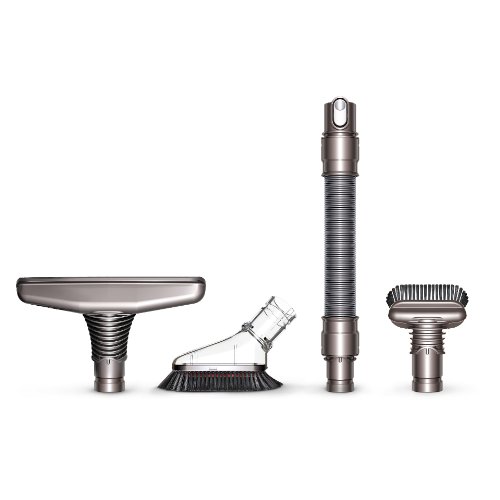 Dyson Handheld Tool Kit MO 913049-01 Amazon Price: $59.99 $51.25 Buy Now(price as of May 23, 2016)
If you want to improve the functionality of a DC58 further, you should also consider getting hold of the Dyson Cordless kit which comes with a wide nozzle tool, soft dusting brush, extension hose & stubborn dirt brush.

Also, if you have any questions, comments, remarks regarding either the 'DC58 Review' account or about the model specifically (e.g. the DC58's mechanical components) then please do not hesitate to make them in the comments section just below and we will be sure to respond to you as soon as possible. 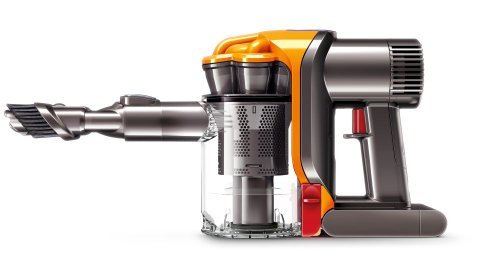