What's the Difference Between the Motorhead and Animal?

Are you trying to workout what the difference is between the two Dyson DC59 cordless models, the Animal Vs Motorhead? Well there isn't actually much to consider, they both take on principally the exact same design and specification fundamentals which we will go over in detail below. But, there is a significant difference that has been made from the DC59 Animal to the DC59 motorhead & that is the direct drive motor.

Credit: DysonThis is a new cleaner head developed by Dyson that basically allows for a huge SEVENTY FIVE percent increase in cleaning power when compared to the Dyson DC59 Animal. It works through having a motor powering not only in the handle but also the actual cleaner head itself (specifically the brush bar).

With an appropriate weight distribution within the brush bar is able to drive stiff nylon bristles even deeper into the carpet (thought to be taken from the same concept as the DC41 Vs DC65) to remove more debris & dirt from the carpets. It is the way that these bristles are angled and weight distributed that have contributed to the improved power allowance as well as for a better balanced floor to ceiling type clean (remove the head when you are cleaning a ceiling though mind). 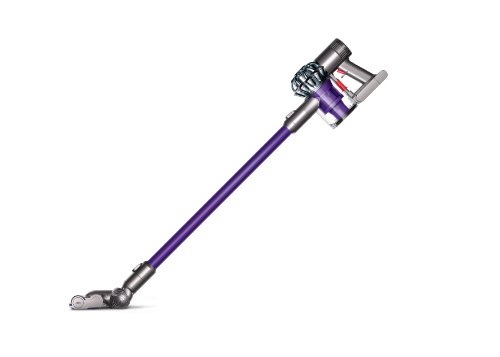 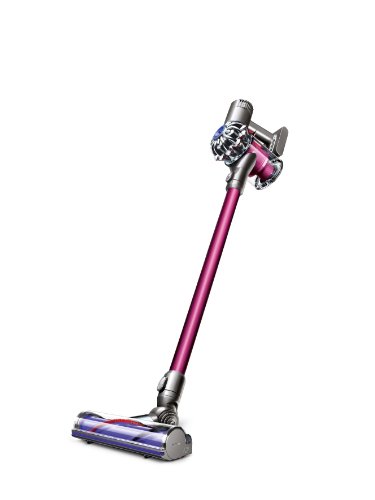 There are other additional aspects to consider which both the DC59 Animal and DC59 motorhead share as well such as the V Ball technology, which allows the user to have greater and smoother control over the cleaner head than the previous DC44 and DC35 models. See here for comparisons of the DC59 to them: Dyson DC44 Vs DC59 and Dyson DC35 Vs DC59.

Both the DC59 Animal and DC59 motorhead also come with the same attachments and additional items. They come with the combination tool which is basically a crevice tool that also has the ability to double up as a brush nozzle t allow for powered dusting. Moreover, they also come with the unique pet hair mini motorized tool that is great for cat & dog hair for on stairs or in the car.

Speaking of which the DC59 also has the unique ability to be essentially become a handheld vacuum (making it in essence a 2 in 1 vacuum) -- you will find that you can remove the long aluminium tube and just attach the crevice tool nozzle on the end. This again, becomes particularly useful for when you to perform intricate cleaning tasks such as on stairs or in the car.

There are only really four differences to note between the DC59 Animal and DC59 motor head -- the major one is the motor head as mentioned above. But, there are three more to note as well i. the difference in design, the DC59 motorhead is pink whereas the animal is purple, ii. there has been an affect on the battery run time having being reduced from 26 minutes to 24 as well as more weight with the DC59 motorhead by 0.3 lbs. The extra $50 in my opinion is definitely worth it, given the extra pure power that the DC59 motorhead can offer you.