Signup to recieve an email update when new articles come out.
InfoBarrel is a writing platform for non-fiction, reference-based, informative content. Opinions expressed by InfoBarrel writers are their own.
InfoBarrel > Entertainment > Games > Computer Games

Is EVE Online the best MMORPG out there to date?  MMORPG stands for Massive Multiplayer Online Role Playing Game.  MMO’s are an offspring of the original tabletop role-playing games such as Dungeon and Dragons.  What attracted so many people to the original role-playing games was the ability for the players to create a character exactly the way they wanted.  So any good computer RPG game is going to offer the player ways to make their character customizable.  By definition of the genre, it's important enough to be in the name, MMO’s require massive amounts of people participating in the game.  This unique element lets people interact in unique ways with their character and the world around them.  It spurs on politics, economies and friendships.  Not only does an MMORPG require customization and a plethora of players but fosters the intrigue for exploring the unknown.  A good MMORPG will give players a taste of the unknown to entice them to explore.

Nathan Richardsson, in an interview is quoted explaining why EVE is different than any other MMO:

“Besides the obvious that there are no elves and wizards in EVE, then the biggest difference is the free form game style EVE offers the player, and there is no leveling and therefore no leveling grind. Then it's the share size of the game. EVE is a massive single shard game where everyone plays on the same server, no matter where they are located. This increases the interaction points for every player and is one of the reasons why EVE is so active.”(2005)

Since a defining attribute of an MMORPG is that players interact with other players: then I would say that EVE Online does it best.

What is EVE Online 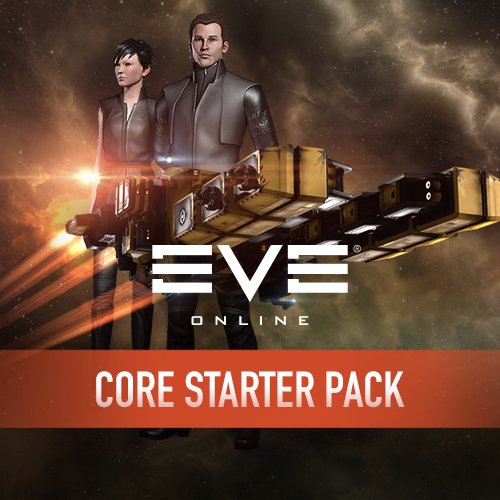 EVE is a game based in space.  This gives the creators a nearly unlimited way to expand the game and introduce new items and features.  That unique feature gives EVE a way to constantly grow and evolve in ways other games can’t.  Most land based MMO’s are handcuffed because there is a limit to how much land any planet can have.  Outer space on the other hand is limitless.  Unlike other games EVE is unique in that just about everything is created by players or interacted with for resources. This offers players many options.  A player can choose to research specific items in order to build them, or, if desired, a player can mine material to sell to other players that are producing those researched items.  Another option is attacking another player and stealing their items.  What is crazy to think about is that with all those options there are different builds for them.  There are a ton of options for players.  This offers players full customization and control over their characters.

People love to seek mysteries.  We have a fascination with discovering the unknown.  Game creators know this and foster this fascination.  Exploring in EVE is not any different and possibly even more enticing because of the scope of the game. EVE requires specific skill training to begin to explore.  Every pilot can discover unique features, but to really explore and find the hidden requires a dedication of time.  Because the hidden needs to be found there is never a short of people searching.  It’s a rabbit hole, and you never know where or how far it will go.

EVE has its faults.  With the game being so open there is bound to be bad apples.  There are players whose sole objective is to make the gameplay miserable for others.  But this is what makes EVE the game that it is.  Any initiative that the creators take to rid this style of gameplay out of the game would be taking the option for all players to play the way that they want to.

CCP, the company that made EVE, captivates the attention of players around the world with their intricate game play that envelops the player in an economic and political system dictated by players in-game. Most of those players share the same demographics of your average gamers; male’s seventeen to mid-twenties.  Though that demographic is gradually growing to include women and older men.  In a time where World of Warcraft is the standard for MMORPG’s, EVE is bucking the trend.  They are showing the gaming world that players want a way to play the game the way they see fit.

Is EVE Online the best MMORPG out there? Based on the criteria I suggested, exploration, massive amounts of players and customization, I would say yes.  MMORPG’s require massive amounts of players and the ability for every player to have their own storyline.  I would say EVE does that better than any other MMO. The ability to put every player on the same shard contributes to the unique gameplay you can’t get in any other game.