I am a retired teacher of English as a second language. I teach on line via Skype, and write on-line articles which reflect my love of travel, language, literature, history and culture. I love writing for InfoBarrel. Why not join me by signing up here: http://www.infobarrel.com/signup.php
InfoBarrel is a writing platform for non-fiction, reference-based, informative content. Opinions expressed by InfoBarrel writers are their own.
InfoBarrel > Technology > Science > Earth Sciences

In the lull between Christmas and New Year I was peacefully watching a movie in my home just outside of Vancouver, B.C. when all of a sudden my cat freaked out and there was a loud bang and a jolt. It felt as if a car had hit the front of my house.

What I felt was a short but sharp 4.7 magnitude earthquake which had just occurred 86 km (53 miles) away. What I also got was a short, sharp reminder of two disturbing facts. The first is that my home on Canada's Pacific Coast is located on the Ring of Fire, the seismically-active rim of the Pacific Ocean which includes Japan, Indonesia, Alaska, California and Chile.  The second is that I live atop the Cascadia subduction zone, a 700 mile fault line running from the Canadian border to Cape Mendocino, California. Living here, I am also constantly reminded that the subduction zone will one day be the cause of a potentially disastrous major earthquake which we in this unstable part of the earth's crust refer to as "The Big One."

Deep mining and nuclear testing are known to cause earthquakes. Some tremors, such as a recent one in my home province of British Columbia, have been linked to the injection of liquid into rocks for oil or natural gas fracking operations. The injection of wastewater, much of which is produced by oil and gas extraction, has also been linked to increased earthquake activity.

While the U.S. Geological Survey has documented an increase in the number of earthquakes and attributed some of this increase to human activity, the majority of earthquakes, and most major quakes, still result from naturally occurring movements of the tectonic plates which cover the surface of the earth.

Precursors in Folklore and Science

Earthquakes happen suddenly and without warning, and can create horrendous devastation.  No wonder, then, that people throughout the ages have looked for warning signs, or precursors, that might alert them to impending disaster.

Animals seem to have a sixth sense where earthquakes are concerned. My cat began acting crazily just before the B.C. holiday earthquake. I have also observed dogs acting fearfully and a sleeping infant wake and begin to cry about two minutes before an earthquake occurred.

I was therefore not surprised to learn that there is a great deal of ancient folklore about earthquake warning signs. These are said to include unusual weather, strange cloud formations, and lights in the sky. In addition, there are tales about bizarre animal behavior and changes in well water levels.

While a connection between these events and earthquakes cannot be proven scientifically, there is an overwhelming amount of anecdotal evidence concerning animal behavior. Possible explanations might be that animals can sense super- and sub-sonic audio frequencies or changes in electromagnetism and atmospheric ionization. It is also believed that animals can hear P-waves or primary waves. These are extremely fast seismic waves that create vibrations in the earth in the same way that sound waves create vibrations in the air. P-waves are usually the first indicators of earthquakes received at seismic stations. In fact, a network of P-wave sensors installed in Coachella Valley, California is a key component in the development of a state wide early warning system.

Another possible precursor is a change in groundwater levels caused by movements of the Earth's crust. In 2008, three weeks before a major earthquake in China’s Sichuan province, thousands of toads appeared on a street after water disappeared from a pond 350 miles east of the epicentre. A research project in Parkfield, California is investigating a possible cause of this phenomenon, changes in groundwater levels caused by the movement of tectonic plates.

Other researchers are focusing on electromagnetic precursors. The emission of an electromagnetic signal was observed to begin two weeks prior to and to peak just before a 7.1-magnitude earthquake in Loma Prieta, California in 1989. Subsequently, scientists detected an eight-minute series of electromagnetic pulses 19 hours before a 5.6 magnitude earthquake near San Jose, California in 2007. While skeptics believe there may be other possible explanations for these signals, mineralogist T. Freund demonstrated in the laboratory that rocks can indeed develop electrical currents under pressure.

Predicting the Big One

Although the Pacific Northwest does not have any early warning systems, Japan and many other countries have established systems which issue alerts when they detect P waves. This enables them to automatically shut down potential hazards such as power plants and gives area residents time to seek protective shelter.

Because smartphones and tablets have built in accelerometers, chips designed to sense movement and direction, it is now technically possible to alert individuals immediately with information about the timing and intensity of an anticipated earthquake. Researchers in Italy have determined that iPhone accelerometers located near an epicenter can reliably detect earthquakes with a magnitude of 5 or more. It is also theoretically possible to create urban seismic detection networks using this cell phone capability.

This is good news for those of us who live by a potentially deadly subduction zone where building codes are constantly being upgraded and schoolchildren routinely practice earthquake drills.

A few minutes warning is better than no warning at all. But given the fact that we live by the ocean and that "The Big One" is almost certain to cause a deadly tsunami, it would be far better if we could know well enough in advance to evacuate the area completely. With our present state of knowledge, this is virtually impossible. A tsunami typically hits shore between 10 and 30 minutes after a major quake which could well have already destroyed the roads and bridges needed for evacuation.

The fearful power of a tsunami

So will it ever be possible to provide earlier warnings?

Sometimes, especially with the benefit of hindsight, scientists are able to identify patterns which could be useful for long term predictions. It has been observed, for example, that a devastating 7.8 earthquake in Nepal in April 2015 formed part of a recurring pattern in which, when a major quake occurs, a second occurs approximately 80 years later.

Is it possible to identify similar patterns in the Pacific north-west?

There are clues to be found in the oral traditions of the native peoples living along the Pacific coast. A legend of the Huu-ay-aht First Nation describes an earthquake and tsunami which wiped out the Pachena Bay people of Vancouver Island, and the Malah of Washington tell about a tsunami in Neah Bay. Although such stories are often dismissed as legends, a comprehensive 2005 analysis of such legends allowed researchers to conclude that they described a real event which occurred somewhere around 1701.

The results of this research supports findings which link dead trees in the state of Washington with historical records in Japan. Tree ring analysis of a grove of dead cedars in Washington known as the ghost forest consistently dated the death of the trees to some time after the summer of 1699, the cause being a sudden influx of salt water. This ties in with Japanese records of a devastating tsunami on January 27, 1700 which, mysteriously, was not preceded by an earthquake. By linking these two events together, seismologist Kanji Satake calculated that both events were clearly caused by a mega-quake on the Pacific coast of North America which occurred on January 26, 1700. 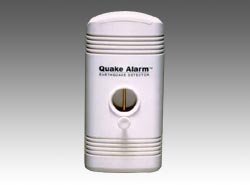 But whether such information can help to pinpoint when "The Big One" will occur is not so clear.

The geological record indicates that the average time between major earthquakes in the Pacific Northwest is approximately two hundred and forty-three years. Considering that the last major earthquake here took place three hundred and fifteen years ago, the next one seems to be well overdue. But this is only a statistical estimate. It might not happen for another fifty years, or it could happen tomorrow.

Members of the scientific community continue to debate the usefulness of various precursors for short term earthquake prediction. In the meantime, longer term prediction remains a fuzzy exercise in statistical probability based on an area’s proximity to fault lines and the amount of time which has elapsed since its last major quake.

If you live where I do you can take one of two approaches. You can try to be prepared for every eventuality or you can take a few reasonable precautions and trust in fate. A friend of mine who takes the first approach always carries an earthquake emergency kit around in a backpack. She is confident that if the Big One hits she will have at least one bottle of fresh water and some first aid supplies. 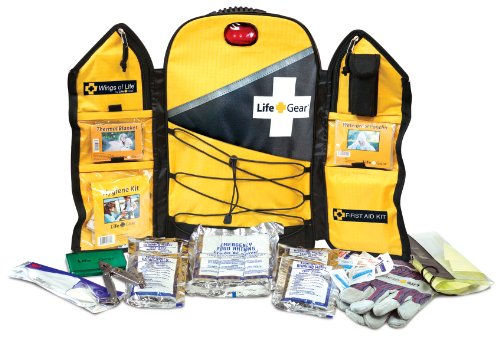 Personally, I favor the second approach. I live on top of a hill and always keep an eye on my cat. I also hope and pray that if and when "The Big One" does hit I am nowhere near the water.