If I told you that The Innocence Mission was a Christian folk group then some of you would probably stop reading. Some of you would then miss out. There are the odd few Christian songs on their albums but they’re usually very few and far between. Their real subject matter is daily life and how we all have little trials and tribulations, small victories, and ultimately wholesome love filled relationships with our family, friends, and in some cases, complete strangers. The music that compliments the genius of Karen Peris’ lyrical content has changed over the years, from a very particular kind of 90s indie pop music, to an almost haunting folk style, with lots of acoustic instruments, and a generous helping of electric guitar picking from Don Peris. One could almost suggest that The Innocence Mission were actually two different bands if it were not for the consistently brilliant lyrics; lyrics that stick to a beautiful theme on life, love, and a unique look at the world around us.

So far, there have been 10 studio albums and 5 EPs. Although the EPs have traditionally been smaller than the studio albums, they have always had outstanding songs on them. On top of their album releases, The Innocence Mission have released many other songs on compilation CDs and Soundtracks.

What makes the band so unique and entertaining today is the relaxing music of Don and Karen Peris, but mainly the outstanding lyrical genius of Karen. There are many moments in songs that catch the listener’s imagination completely. She has the ability to conjure up a myriad of images from just a simple phrase or verse. Much of the lyrics are original work but there are also beautifully interpreted versions of original poetry as in the song No Storms Come; a slightly altered version of Gerard Manley Hopkins’ short poem entitled Heaven-Haven. Add to that the covers of other songs, such as Blossom Dearie’s Once Upon a Summertime and John Denver’s Follow Me, and you have a catalogue of beautifully crafted and expertly chosen work that is a joy to listen to.

It is easy to speak superlatively about the lyrical ability in The Innocence Mission’s songs, but rhetoric can only offer so much in way of endorsement. The true quality of the lyrics have to be read, and then listened to, in order for them to be truly appreciated. Take the song I Never Knew You from the Sun. In the song Karen talks about a friend that was there but was never known. There are lines that describe the loss of the friend, and one passage in particular evokes a picture of great loss.

The image is of someone walking through a bleak forest landscape as a piano plays in the minor key. As far as heart wrenching lyrics go, it is very effective. There are many more examples of happy imagery however, and a song such as Rain Setting Out in the Leaf Boat shows us how Karen’s personal insight gives us all a sample of her unique view of the world. The song starts:

“This dress that I made, out of the curtains, was on the line, dancing around better than I can.”

The idea of the curtain material dress, dancing on the line, brings forward all kinds of imagery. What does the dress look like? How is it moving? Where is the line? What does the house look like? There are so many questions from such a small piece of the song. Add to that the rest of the lyrics, and the simply beautiful ending, and you can easily begin to appreciate the curious joy that comes with most of their work.

From simple verses to complex songs; You Chase the Light, from the album The Innocence Mission, tells a story of a difficult relationship. The lyrical skill is evident in this song as there is dialogue between the main protagonists. The ultimate situation remains hidden but the interaction between the characters gives us a somber feeling of unhappy love which is accentuated by the emotion in Karen’s voice. As an early example of their work, You Chase the Light shows that the quality was there from the beginning.

There are so many amazing things that jump out from each of the Innocence Mission’s releases and in order to enjoy them you’d need to listen to as much as you could. As the subject matter is so down to earth, there will be different things that speak to different people, and I have spoken to many fans that value songs in different ways to me. For a band that came to popularity in the 90s to remain popular today is a true testament to their ability. Even with a distinct shift in style, The Innocence Mission have continued their tradition of creating everyday music for everyday people. They don’t attempt to wow anybody with in your face behavior or massive marketing campaigns, they simply make music. A very real sense of a passion for their art comes from both Don and Karen, and as they give more to their fans, so their fans learn to love the world from a slightly different point of view. 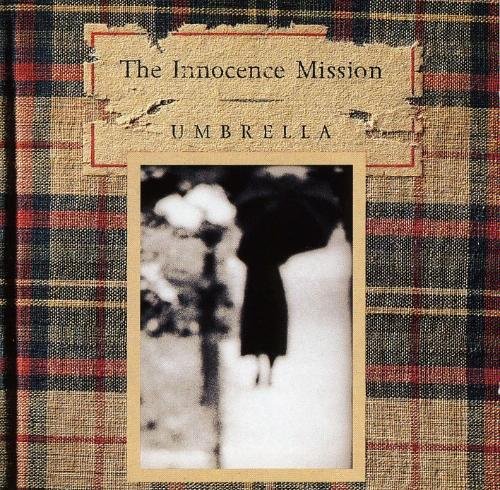 UmbrellaAmazon Price: $43.31 Buy Now(price as of Sep 15, 2013)
There are cheaper versions of this album listed under "used".
Next >> Learn to Love Classical Music. Find Out What Amazing Songs You May Have Been Missing!