I've spent most of the past two decades in East Asia, holding lecturing and publishing positions in Hong Kong, Japan and South Korea. Among my favorite places are Taiwan and the Philippines. I'm fascinated by local religions and customs, and enjoy reading about history and how the English language changes and develops. I enjoy writing on InfoBarrel. If you love writing, sign up today.
InfoBarrel is a writing platform for non-fiction, reference-based, informative content. Opinions expressed by InfoBarrel writers are their own.
InfoBarrel > Business & Money > Economics

3 Economic Concepts Everyone Should Understand

Considering how great an impact economics has on our lives, relatively few people are fascinated by the subject. However, the field has certain theories and concepts which every citizen should try to grasp, because these insights will help them in their own economic activites, and make for more informed political choices.

An understanding of the difference between fixed costs and marginal costs (often called variable costs), as well as an awareness of how much money these types of cost burn through, is crucial if you're doing any kind of business. In short, the former are expenses you have to bear whether you produce or sell anything, while the latter are costs you face each time you manufacture one of your products.

Imagine you're running a small restaurant which specializes in cheeseburgers. You have certain fixed costs: Renting the building, paying land taxes, paying your cook's salary, electricity for lights etc which have to be turned on whether or not you have customers. The marginal or variable expenses can be calculated per cheeseburger: A certain amount for meat, for cheese, for pickles and lettuce, for the bun, and so on. You should also factor in the cost of turning on the stove, as well as electricity for powering the refrigerator in which the ingredients are stored. There might be variable costs per customer, too; if one in five uses your bathroom, that'll bump up the water bill. Wear and tear on furniture is hard to calculate, but if you're lucky enough to be managing a very successful eatery, you'll have to plan on replacing the tables and chairs every few years.

For an entrepreneur who owns a factory making cooking pans, the situation isn't very different. If he borrowed money from the bank to build and equip the factory, he needs to make repayments each month. He also needs to know his per-pan metal, energy and labor outlay - and have a rough idea of how many pans he'll sell in a given period - so he can price his products.

Only if you can cover both marginal costs and fixed outlays will you make a profit. For a self-publishing author of e-books, the work put into writing a particular book can be seen as a fixed cost. If you value your time at US$20 per hour, that could be a considerable amount. Yet the marginal costs per book sold are nothing, so heavy discounting to promote sales makes sense. 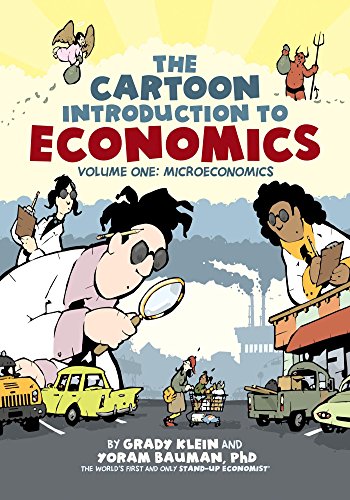 Populist politicians often say the solution to many social woes is to force the rich to pay more tax, and use that money to fund health, education and welfare programs. But things aren't that simple. Even before the era of globalization, in which companies and individuals can easily move offices, production facilities and wealth across borders, governments found hiking tax rates often resulted in lower revenue.

Why is this? In every country, there's an informal or "black" economy. Those working in this sector don't pay all (or any) of the taxes they should. When sales tax (value-added tax, VAT, as it's known in some places) adds 10% or more to the price of goods and services, vendors often collude with consumers to bypass the tax because both sides benefit. Higher tax rates mean there's a greater incentive to avoid taxation, by legal or illegal means. Payments may be made in untraceable cash, through a third country, or in kind. The dentist fixes the lawyer's teeth in return for legal advice; the car mechanic services the butcher's vehicle and receives some prime steak.

Equally worrying for governments is the disincentive effect of high taxes. Some individuals may reduce their economic activity because they feel it's no longer financially rewarding; a profitable restaurant may decide to close at lunchtimes, and let some staff go. Wealthy artists, writers and musicians are likely to move abroad. In the 1970s, high-earning UK residents were liable to pay 98% tax on part of their income. The Rolling Stones moved to France; David Bowie went to Switzerland. More recently,  actor Gerard Depardieu relocated to Belgium when French President Francois Hollande announced higher taxes.

Arthur Laffer, an American economist and official in the Reagan Administration, popularized this insight with his eponymous curve (above), which shows the link between tax rates and revenue collection. When taxes are low, a tax increase should bring in more money. However, there comes a point (marked t* in the illustration) after which higher rates lead to less revenue. Most governments aim to find the "sweet spot" at which revenues are maximized. In the early 1980s, however, British Prime Minister Margaret Thatcher apparently reduced taxes below that ideal level, likely for small-government ideological reasons.

Why following a trend isn't always a good idea

Many farmers enjoy a degree of flexibility. Those with land suitable for growing fruit may cultivate apples for a while, then switch to pears or peaches. Of course, it takes a while for fruit trees to mature, but if the farmer feels pears will make him a lot more money than apples, he may be willing to do this. Livestock farmers can replace their pigs with cows, goats or sheep.

Of course, if it becomes known the real money is to be made in pig farming, a large number of farmers are likely to devote themselves to hogs. So many, in fact, that a few years down the line, there will probably be an oversupply of pigs and pork products. When there's a surplus of something, its price inevitably falls. Because the price is no longer attractive (and possibly so low some farmers have gone bust), the size of the pig industry shrinks. Assuming the human population hasn't fallen and eating habits haven't changed, demand will be similar to before. For a period, supply might be insufficient, so prices soar. A new generation of farmers, noticing the high price hogs command in the livestock market, decide they want a slice of the pie... and so the cycle continues.

Two economists working on different continents came up with the "pork cycle" theory around the same time: Mordecai Ezekiel (1899-1974), working in the US, published his ideas in 1925; Arthur Hanau (1902-1985) in Germany made a very similar observation in 1927.