Football fans, you can also read my profiles on Hall of Famer Jerry Rice, Paul "Tank" Younger, and Pete Rozelle: The NFL's Greatest Commissioner.
InfoBarrel is a writing platform for non-fiction, reference-based, informative content. Opinions expressed by InfoBarrel writers are their own.
InfoBarrel > Sports > American Football

Eddie Robinson was born on February 13, 1919 in Jackson, Louisiana and he is the second winningest coach in college football history. Eddie's father was a sharecropper and his mother was a domestic worker. They never graduated from high school, but Robinson's parents encouraged him to pursue a college education. He prospered through their encouragement and graduated from Mc Kinley High School in 1937. He was a starting quarterback and attended Leland College in Baker, Louisiana and graduated in 1941.

After a storied college career, the coaching bug hit Eddie and he wanted to become a head college football coach. However, living in the segregated South, the only oportunities available were at historically black institutions. These positions did not open often and he decided to accept a job at a feed mill. Robinson disliked the work and dreamed of coaching football. Fortunately, it did not take long for him to get his chance. Through a relative, he found out that Negro Normal and Industrial Institute(now Grambling State University)was searching for a new coach. He was only 22 years old, when he applied for the position. Eddie impressed Grambling president Ralph Waldo Emerson Jones with his enthusiasm and confidence and he hired Robinson.

His first team in 1941 had a 3-5 record and he decided that something drastic needed to be done. Robinson kicked several players off the team because they were uncoachable and lacked discipline. The changes were noticeable the next year and Grambling went undefeated with a 9-0 record and was unscored upon! In a career of many firsts, he recruited running back Paul "Tank" Younger in 1944 and Eddie was impressed by his enormous size and speed. He felt that "Tank" could become the first player from a black college to play in the National Football Leauge. Robinson shaped and molded him and in 1949, he signed a free-agent contract with the Los Angeles Rams. Younger had a successful career with the Rams and Pittsburgh Steelers. This would open up opportunities for other players from historically black colleges to play pro football.

In 1955, Grambling went 10-0 and beat Florida A&M University, 28-21, for the black college national championship. This team was led by future NFL Hall of Famer defensive end Willie Davis. From 1960-1986, Grambling had 27 consecutive winning seasons. In 1963, Eddie's All-American defensive lineman Junious "Buck" Buchanan became the first pick of the American Football Leauge Kansas City Chiefs. He also went on to be elected to the Pro Football Hall of Fame. A couple of years later, Eddie discovered a gifted quarterback from Monroe, Louisiana named James "Shack" Harris. Robinson believed that he had the talent to play professional football. He promised James that if he played for him, he would be ready for the pros when he graduated. "Shack" was somewhat skeptical, but Eddie convinced him to attend Grambling.

This was during the height of the Civil Rights Movement in America when Black Americans were fighting for their constitutional rights. Eddie Robinson believed that it was time for blacks to be given an opportunity at the professional level. After an outstanding career at Grambling from 1966-1968, James Harris was drafted in the 8th round by the American Football Leauge Buffalo Bills. During this era, talented black quarterbacks routinely had their positions changed to wide receiver or running back. However, Eddie fought against this practice and advised James regularly on how to win the starting job. He did so and became the first rookie black quarterback to start a season opener in 1969. Harris had a successful 10-year career with the Bills, Los Angeles Rams, and San Diego Chargers. The highlight of his career was being named to the Pro Bowl in 1974.

In order to show that this was not a "fluke", Eddie recruited future Super Bowl Most Valuable Player Doug Williams in 1974. Grambling had an outstanding 35-5 record under the leadership and quarterbacking of Robinson and Williams. The Tampa Bay Buccaneers drafted him number one in the 1978 NFL Draft.  Ten years later in Super Bowl XXII, Doug put on a masterful performance for the Washington Redskins, leading them to a 42-10 victory over the Denver Broncos. This historical event helped crush the racial stereotype that black players could not perform under pressure.

On October 5, 1985, Eddie achieved perhaps the biggest milestone of his career. His team defeated Prarie View A & M University and this was victory number 324 and it surpassed Paul "Bear" Bryant for all-time victories in college football. President Ronald Reagan called Robinson to congratulate him on his accomplishment. This achievement finally allowed him to gain the national recognition that he long deserved. Eddie Robinson retired after the 1997 season with a record of 408-165-15, 17 SWAC(Southwestern Athletic Confernce Championships), and 9 black college national titles.

Over 200 of Eddie's players played professional football, but this is not how he measured his success. Robinson always viewed himself as an educator and his top priorities for his youmg men was for them to graduate and be productive Americans. They affectionately called him "Coach Rob." He had a famous daily routine in which he would walk the halls of the football dorm at 6:30 A.M. and wake up his players. His reasoning behind this was that if they went to breakfast, they would be more likely to attend their classes. Also, Eddie believed that it would make it easier for them to get up early when they had to work for an employer.

It would be difficult to find anyone more patriotic to the United States than Eddie Robinson. One of his famous quotes was, "No one can out American me." Despite growing up in the segregated South, he never stopped believing in America and always looked for the best in our country. He believed that if someone worked hard, sacrificed, and dedicated themselves to something, you could achieve your goal.

Eddie Robinson was diagnosed with Alzheimer's disease shortly after his retirement and he died from this illness on April 3, 2007 in Ruston, Louisiana. He represented the best of college football and America. His great legacy will last forever and he touched the lives of thousands of young men. 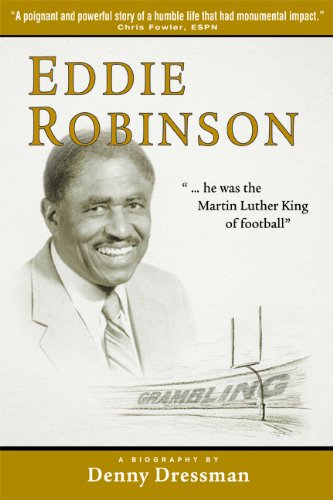 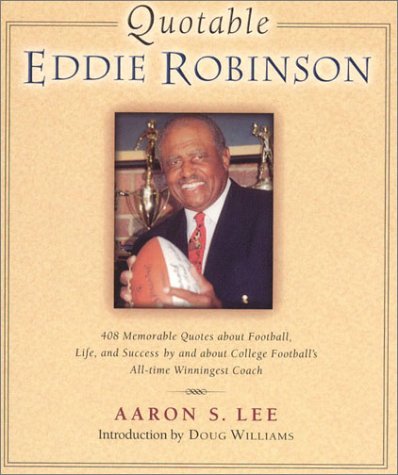 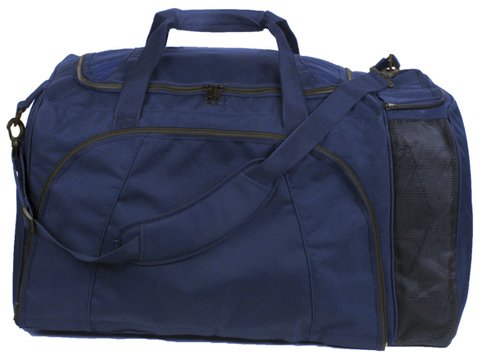 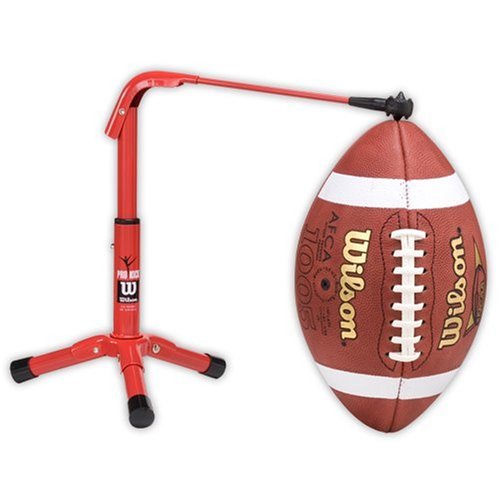 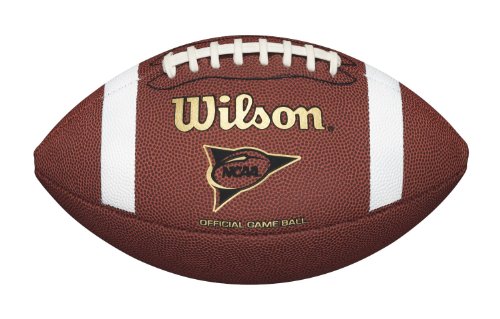