I love my GoPro Camera, which I use mostly when Mountain Biking, adding the best GoPro Accessories to my kit bag means I can get some outstanding footage which makes even the editing fun!
InfoBarrel is a writing platform for non-fiction, reference-based, informative content. Opinions expressed by InfoBarrel writers are their own.
InfoBarrel > Technology > Audio & Video > Cameras

Of all the GoPro Mounts this is my favourite, particularly when cycling as it gives a really nice perspective to the video and the handlebars and your arms provide a frame which heightens the impression of speed. It’s also great for skiing, walking, running and even football as it puts the camera out of harm’s way and is almost unnoticeable in use. An added benefit over the helmet mount is that it is much easier to see the controls and LCD screen, which reduces the likelihood that you’ll end up taking a still shot instead of capturing that fantastic downhill run.

It’s the most expensive mount but it’s just so useful that it takes the number one place in my essential GoPro Accessory list. 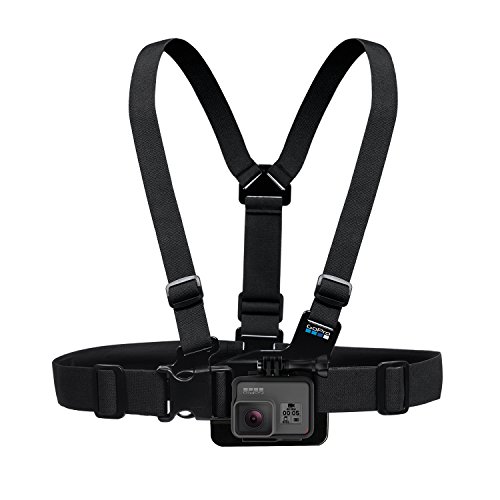 One of the cheapest add-ons, and in my opinion one that should be included with the standard GoPro Camera. This will allow you to mount you camera on anything with a standard tripod thread. Which means you can use sturdy mounts aimed at heavier cameras in more hostile environments . Costs peanuts too.

For me one of the biggest disappointments with the GoPro is the supplied battery, it simply does not last long enough, forcing you to turn the camera on and off to save power and in the process missing many a great shot.

Very quickly I found myself searching on-line and it wasn't long before I found the  Wasabi Power Battery (2-Pack) and Charger for GoPro HD HERO3, at a very reasonable price of just over twice the cost of a replacement GoPro battery this includes two batteries, and a charger.

The batteries are 1400mAh, which is almost a 30% increase in capacity over the standard 1100mAh GoPro battery, so much so that you can get nearly 3 hours of non-stop recording or nearly five hours of timelapse (depending on frequency of the shots).

If you participate in high-impact water sports, be that white water rafting, kite surfing etc then for peace of mind nothing beats this. Sticks on to the supplied backdoor, so you can swap it out when not filming on water and the bright orange of the float makes it very easy to spot in the water.

A fantastic accessory that allows you to control your camera via a lcd touch screen, check setting, ensure camera position is perfect and lighting conditions are complimentary. Includes a speaker and a headphone jack plug so you can even hear what has been recorded.

Includes three additional back doors; a Waterproof Touch Backdoor, a Standard Backdoor and a Skeleton Backdoor, as well as a Protective Case to keep it in.

Make sure you have the shot you want before moving on. Turns your GoPro into a true miniture digital camcorder! 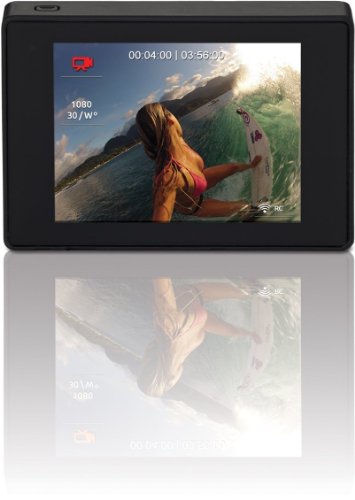 Attach your GoPro to any cylindrical object between 0.75" to 1.4" in diameter, not just handlebars or seat posts, but is well suited for this task

Credit: Amazon.com. Place the camera near to the ground, facing rearwards, up towards the rider or at any angle you choose, allowing some really interesting footage to be taken that can then be edited between chest or helmet mounted shots.

The trick to interesting footage is a variety of camera angles and positions, and a tripod is a great way of allowing this, especially one as versatile as this.

Joby make several different versions of this tripod, and the GoPro is light enough to use even the smallest I think. The hybrid will support up to 800g which means you can also use it with modern Digital SLRs (depending on the size of lens mounted of course). I chose this one because I feel it has the best compromise between size and weight – the size is great for really getting hold of quite large items such as branches and rocks and it will hold the camera on your bike handlebars if riding smooth tracks or on the road.  As with all Joby products this well made and works brilliantly.

A nice touch is the spirit level which will help you ensure the camera is level if you need it to be. Get an additional quick release mount and you can leave one permanently attached to a GoPro Tripod Mount.

While the sealed case of the GoPro is what makes it such a versatile camera, it also creates a problem: If you open the case in the nice warm, slightly humid air you live in, as you must in order to charge or download you footage, a tiny amount of this air will be trapped in the camera. W

Credit: Amazon / GoProhen outside and low temperatures this very quickly means the lens fogs up.

Now of course,  depending what activity you are doing, you could open the case and let the fogging clear, and if you do this it will generally stay clear, however if diving or surfing this is not really an option!

These reusable (for hundreds of times, just heat in the oven after 3 or 4 uses) inserts totally solve this problem and are essential if you want to film any kind of water sport or where you need to be sure the camera stays fog free but you can’t easily check.

While this list, if purchased in one go, would add up to more than buying the camera in the first place, part the joy of the camera is the vast array of really exciting and high quality GoPro accessories that you can buy, not forgetting the third party options too. Each time I add one I have found that the versatility of the camera and so my enjoyment of both shooting and then viewing the resulting footage is greatly increased.

For more info and some tricks and tips check out Which GoPro Accessories do I need?

Want more tips on how to extend the battery life of your GoPro Camera?