I don't usually like entertainment centers. They are usually made out of laminate and it just doesn’t match all of the antique furniture that I have in my room. However, when I was at Big Lots last year I gasped visibility when I was looking at the faux fireplaces because I had wanted one of these for years. They had something called a media stand fireplace. It has a console for your electronic equipment and each one is rated for a certain size or weight of TV. 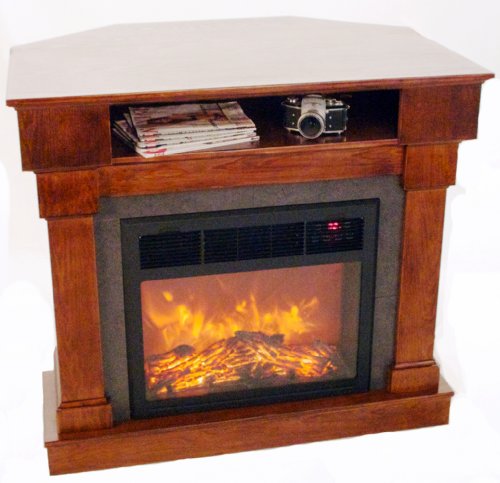 Why I Want One!

I have looked all over for these pieces. I think either Amazon or Big Lots are the best bets. Big Lots can be cheaper but just has one or two pieces that don’t have a ton of storage in them. However, Amazon has a wider selection and their prices have really dropped since last year.This isn’t like buying a normal fireplace. You're going to need extra storage and a place to hide cable. You need room for your favorite DVDs and to make sure that none of this gets hot enough to store your electronics or TV near it.I've wanted a flat screen for awhile but I knew that it was largely dependent upon a new entertainment center. Otherwise, it would be so modern and just really be the only thing that gets attention in my carefully decorated room.I've wanted a fake fireplace for awhile because of all of those cold Utah winters. However, I just wasn't entirely sure that I had room for one. I would usually be looking at the TV anyways so the placement was really awkward in a small apartment. This instantly solved both of my problems.It's on my list of "must haves" for my apartment because it will look great even in the summer time. It's an upgrade from the table that I'm using now just because I hate most tv stands so much that I never bought one. I have been looking at different models and found that usually Amazon is one of the cheapest and has a bigger selection than even Big Lots!

These come in almost every style. My favorite has bookshelves on the side which to me makes it feel a little bit more like a built-in. Some of the shelves might be hidden or have door on them to hide more contemporary electronics equipment.However, this can also be pretty modern too which is difficult for a fireplace. Look for lots of glass and black accents. Don't try to make it look like a built-in. Make it look like a cool piece of technology with maybe some glass chips in it and your guests will be quite surprised that it is even a fireplace. It will then look great even in the summer months. This could be a lower console or rectangular box unlike what you would ever see in a real fireplace.I also like the arts and crafts style. This uses both glass and dark wood combinations and will match a lot of shaker style furniture or an older vintage home. However, the lines are still modern enough that it won’t be out of place next to a modern TV. This looks like a lot of basic TV units but the fireplace lament is what really makes it more of a part of design and décor. I think that living rooms should always have fireplaces in them but I wouldn’t go through the hassle of using a real one so an electric one is on my list to buy now that I know that they are available with such cool designs. 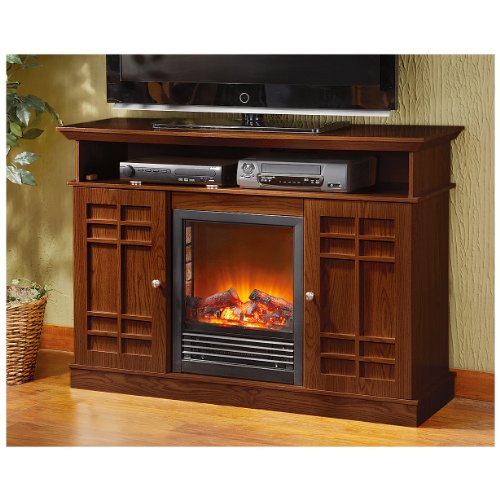