British children's writer Enid Blyton1 attracts both avid readers and fierce critics. Her books have always been extremely popular with children. When I was a child she was one of my favorite writers. I loved her books, and also looked forward eagerly to reading her bi-monthly Enid Blyton's Magazine. However, her work is often taken to task by adult critics, and has on several occasions been banned from public libraries.

What Did Blyton Write?

Blyton wrote various types of stories and book series for children of various ages between three and twelve. Her best-known character is Little Noddy4. The Noddy series of books was aimed at very young children. Noddy is a little wooden boy who often gets in trouble with the talking toys in Toyland, where he lives, and is often helped to get out of trouble by his friend, the wise old brownie Big Ears.

Her other work includes circus stories, biblical stories, boarding school stories such as Malory Towers, St. Clare's, and the Naughtiest Girl series, and adventure stories in which children solve crimes and mysteries. The best known of these are the Secret Seven and the Famous Five. The Secret Seven books, which are aimed at seven to ten year olds, are about a group of children who have their own secret society. I used to like the Secret Seven when I was quite young, but as I got older my favorite was the immensely popular Famous Five series which featured the brothers Julian and Dick, their sister Anne, their tomboyish cousin George and her dog Timothy.

Why Was Blyton Criticized?

Blyton was unbelievably prolific. She wrote approximately eight hundred books in addition to an immense number of short stories and magazine articles. At her productive height, she is believed to have pounded out up to 10,000 words a day on her manual typewriter. It is hardly surprising, therefore, that she is often viewed as a hack writer with an immature writing style who produced low quality, formulaic material with a limited vocabulary and little educational value.

Criticism of Blyton’s writing began in 1949 with Geoffrey Trease's influential survey of British children’s fiction Tales Out of School.  Trease describes Blyton’s writing as "drained of all difficulty until it achieves a kind of aesthetic anaemia.” Subsequently, Jean Sutcliffe of the BBC ironically wrote that Blyton’s capacity to churn out so much “mediocre material ... amounts to genius... anyone else would have died of boredom long ago."

More seriously, however, Blyton is criticized for the values she communicates to her young readers. As a member of the British middle-class writing between the late 1920s and early 1960s, Blyton’s work is a historical time capsule which reflects the typical middle class prejudices of her time. Consequently, she is often regarded as narrow-minded, elitist, and sexist2.

The characters she portrays have privileged lives. They are usually from well-to-do families, may have servants at home, and frequently attend private boarding schools.  She has been accused of displaying an acceptance of corporal punishment and stereotypical attitudes towards class and gender. Working people are generally coarse and uneducated. Boys are shown as natural leaders, and girls are generally the “weaker sex” who need to be protected by boys and are not allowed to carry out important tasks3.

Blyton has also been criticized for her racist attitudes, and for portraying foreign characters as inferior. It is these criticisms that were responsible for the removal of her books from public libraries in the 1980s. Wikipedia quotes a publisher’s rejection of a Blyton story in 1960 because of the her “faint but unattractive touch of old-fashioned xenophobia ... the thieves ... are 'foreign'...and this seems to be regarded as sufficient to explain their criminality." She once wrote a story about a little black doll who wanted to be pink, and in several of her Noddy books for very young children the villains were black Golliwogs who were replaced by more politically correct goblins in the 1980s.

Why is Blyton Popular?

Although censured by adults, Blyton has always been immensely popular with children.  Her work has been translated into nearly 90 languages and has sold over 600 million copies around the world. 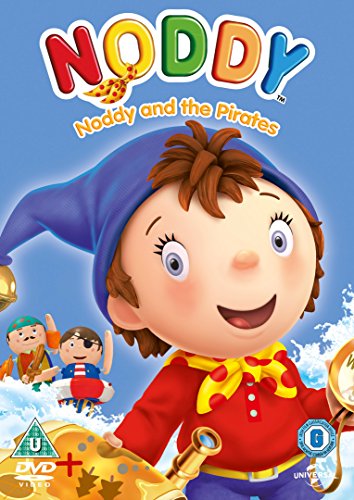 One possible key to her success is the very reason that she is the target of the literary critic’s scorn: she writes to the level of her readers. Noddy is criticized for his naivete, but that is the very reason that he is loved by three- and four-year olds. They identify with him because, like them, he is an innocent in a world they are just learning to understand. The immature style and limited vocabulary of her books for older children, along with short sentences and very little description, encourage children to develop a love of reading by enabling them to read quickly and easily.

Children can also get a sense of empowerment and confidence from her stories, which show children or child-like characters living independent and self-sufficient lives. Noddy lives in his own little House-for-One, the Famous Five go off on brave adventures without adult supervision, and the Secret Seven run their own secret society.

One exception to Blyton's female stereotyping is George, the popular tomboy member of the Famous Five. Reading about the independent-minded George, who is based on Blyton herself, can  be empowering for girls.  Some critics see Blyton's creation of George as evidence that she hated her own sex, but I always found her strong mindedness and rebellious nature much more interesting than the more conformist Anne.

In addition, Blyton did not believe in including anything in her stories which might be painful or disturbing for children. In light of the fact that today’s children are bombarded with information, much of which may be distressing, Blyton’s stable and problem-free world can provide young readers with a comforting escape. 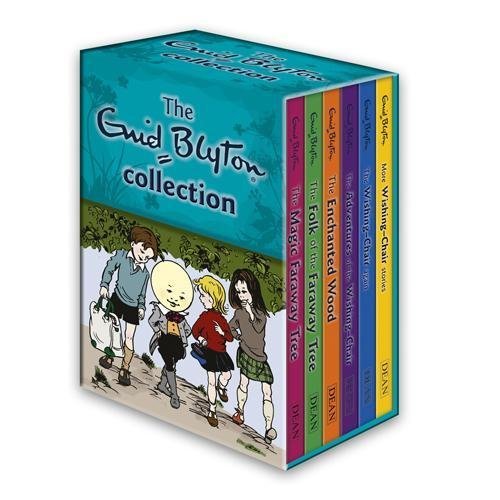 In real life5 Enid Blyton did not lead the simple idyllic life that she portrayed in her escapist fiction. Blyton's daughter Imogen has described her mother as immature, arrogant, insecure and vindictive. She has also been described at downright "batty." While she loved writing letters to her thousands of child fans she complained to her neighbors if their children played too noisily. She was cold and distant with her own children and her writing seemed to be a form of escapism from the demands of family life.  She separated from her husband and remarried almost immediately. However, when her first husband remarried, she vindictively prevented him from seeing his children and used her influence with publishers to ruin his career.

Imogen believes her mother's childishness was the key to her success because she was able to see the world through the eyes of her young readers.

Other keys to Blyton's success were her capacity for hard work and her unswerving focus on her writing career. In the archival audio above she explains how she wanted to be a writer from a very early age. When she decided that she wanted to be a children's writer she opened her own school so that she could learn about children and "try [her] own gift out on them." She also admits, quite bizarrely, that she had children of her own "to practice on."

She also believed in the importance of her power to educate her young readers, and once stated:

I do not write merely to entertain ... I am also a teacher and guide ... A best-selling writer for children ... wields an enormous influence. And my public, bless them, feel in my books a sense of security, an anchor, a sure knowledge that right is always right, and that such things as courage and kindness deserve to be emulated.3

Blyton's books made her extremely wealthy. Her estate still profits from the sale of over eight million copies a year around the world, and in 2009 she was named Britain's best-loved author.

During her lifetime, Blyton was aware of, but steadfastly disregarded, adult disapproval of her work, She wrote for children, not adults, and once stated that criticism of her writing by people over the age of 12 didn't matter. It is the children who continue to read her work that prove her right and ensure the lasting popularity of her stories.