Arrogance, poor timing, and a lousy product: marketing produces its share of epic fails almost every day.  One of the worst failures in recent years, however (and arguably the worst epic fail of all time) is The Segway PT (a ridiculous, upright, electric, two-wheeled “personal transport” device, outrageously priced, almost useless, and completely unnecessary).

The timeless phrase, “Build a better mousetrap, and the world will beat a path to your door”, is not just an aphorism, it is a truism.  Improvements upon existing things that people actually want are usually successful products.

Credit: Segway, Inc, 2001no demand, no desire, or any need is absurd.  But that’s what the inventor of The Segway PT did, taking the world by storm (actually, “drizzle”) with his “better mousetrap”.

What makes The Segway PT a failure of Biblical proportions (right up there with nipples on men) is not merely the overwrought, mysterious hype surrounding its unveiling.  Recall in 2001 the secrecy in its televised ads: “What is IT?”  No other information, no product picture, nothing – just, “What is IT?” as a tagline.

“IT” turned out to be the one thing the world did not need: a badly engineered, ergonomically unsound, ungainly two-wheeled transport.  The Segway PT requires the acrobatic balancing skills of a high-wire strider, with all the riding comfort and convenience of saddling a kangaroo (minus the luxurious carrying capacity of the marsupial’s pouch).  The Segway PT provides no protection from the elements, and any person in a powered wheelchair can out-race it.

Its "punny" name alone is annoying: “Segway”.  Apparently, the American public is too stupid to recognize and properly pronounce the word “segue”.  Presumably, the inventor thought the public would mispronounce his precious invention as “seg-you” [okay, he was probably right on that score, but the presumption is still annoying].

More than its dumb name and its inane ad campaign, though, it was the inventor’s arrogant hyperbole about his invention that makes The Segway PT the truly epic fail that it is.  Dean Kamen (whose father was once an illustrator for Mad magazine) is the progenitor of this disaster.  He claimed his goofy device (with a limited travel range, and no place for cargo of any sort, unless a convenience pack of Kleenex in the operator’s pants pocket counts as “carrying capacity”) would not only revolutionize the transportation industry but would replace the automobile as the preferred form of

Dean Kamen’s epic failure is deserved ten-thousand fold, and there is a special corner of Hell reserved for him. [This same “visionary” is also a co-inventor of a compressed-air device that launches humans.  Its alleged purpose, other than promoting a brief sense of a person's ability to fly, is to insert SWAT teams and other emergency personnel quickly onto the roofs of tall, inaccessible buildings.  No mention is made of how these hapless free-birds will break their falls gracefully upon approaching said roof from terminal velocity].

The Segway PT is actually a public nuisance.  By design it cannot be used on streets; in fact, most municipalities ban its use on sidewalks completely since the blind and people in wheelchairs can’t maneuver around them well. They are generally not allowed on bike paths, either.  Every location bans their uses on major thoroughfares, and they can only be used on private property usually (or with a landowner’s permission in one country). Mopeds are allowed in more places than The Segway PT.

Thus, the world is stuck with a “revolutionary personal transport” that no one can use effectively. Globally, the restrictions on the device almost prohibit even owning one.  In Japan, it is considered a motorcycle, and thus must follow those guidelines.  The Danes consider it a moped, and it is required to be fitted with lights, license plates and mechanical brakes, thus effectively banning it from public roads – who wants to spend the cash to make it “road worthy”?  It is mostly banned from public uses elsewhere in the world or is

Credit: Bill G. Chambers, 2011extremely restricted.  Israel, for example, allows it to be ridden on sidewalks without curbs and along certain roads, if the operator is over 16 years old, and the device is “governored” so it cannot exceed 12.5 miles per hour.  Whew!! Why bother??

The most damaging part of The Segway PT disaster is its complete lack of “cool” – the  “dork factor” is absolutely off the chart.  Anyone riding this (regardless of life status, income, career, age, employment, lifestyle choices, race, ethnicity, sexual preference, stand on the great Dogs vs. Cats debate, et al) looks like a complete geek riding one.

There’s no way around it: the device is an image destroyer.  Imagine any woman’s facial expression if her dream date shows up on The Segway PT to pick her up (oh, wait, that couldn’t happen, because The Segway PT only carries up to one person – and a pack of Kleenex).  Unlike driving a sleek sports car, no man is ever going to impress any woman/rhododendron/amoeba if he is riding on this.

The Segway PT is a joke.  Comedians riff on it in their shtick.  It features in sight gags in many movies. [When was the last time anyone saw a Lamborghini used as a sight gag in a comedy?  Oh, right, that was never!] The absolute best skewering on the subject of The Segway PT (and truly the last word in comedy about it) came at the skilful hands of Comedy Central’s South Park.  The episode several seasons ago spoofing The Segway PT was brutal, merciless, hilarious, and completely on target.

The device has no FDA imprimatur as a medically necessary or approved form of transport (unlike, say, the Hover-Round).  The Segway PT is used these days mostly as an expensive toy and for convenience in covering large distances (laziness).  Security people use them for shlepping in airports and malls. Warehouse supervisors use them to cruise around their distribution centers. Which, of course, begs the question: what did these people do before The Segway PT was invented?  Ummm...walk? [Something sorely needed in the United States’ overweight society].

Other than relieving the burden of walking, this two-wheeled punch-line really has no utility.  It just wasn’t necessary for any reason, and it is an epic fail.  We already had a nifty two-

Credit: Bill G. Chambers, 2011wheeled personal transport (even built for two on occasion).  It is called the bicycle. 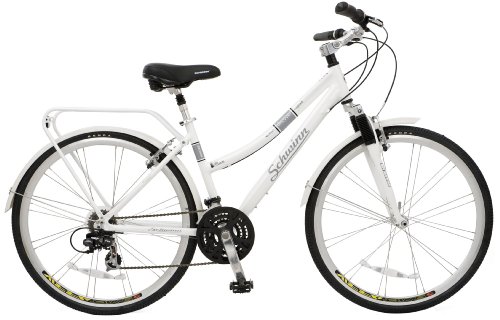 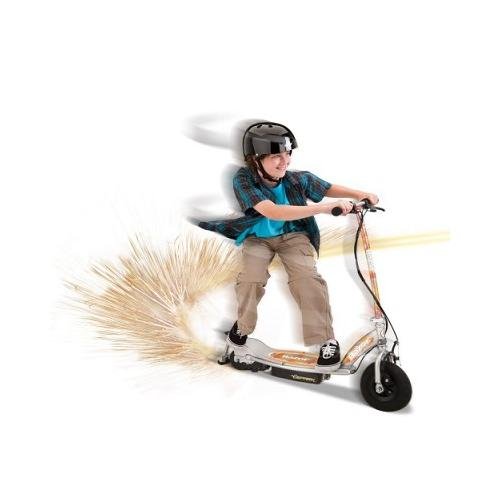