In September 2009, the European Union's Third Energy Package came into action. One of the key components of this plan is the requirement of a cost-benefit analysis for rolling out smart meters, electric meters that transmit daily signals to energy companies that can track electrical usage by appliance. The cost-benefit analyses were due for submission by September 2012 where governments were required to outline a plan for installing the smart meters when market conditions were suitable. By 2020, an estimated 80 percent of European Union consumers should have these systems in areas where the cost-benefit analysis was positive, according to the European Union. Additional components of the package include those for electric vehicles and Smart Grid standards.  Smart meters are a major focus for the European Union because of their potential to reduce carbon emissions and overall energy consumption. Reduced energy use also means consumers can pay less for their energy bills. UK Updates

The United Kingdom is currently on track with target requirements. While the Department of Energy and Climate Change announced it would add an additional year to its timeline, the meters are still on track to be installed by the EU's 2020 deadline. When fully completed, the project will see new meters installed in more than 30 million UK homes at a cost of 11.7 billion pounds, according to the BBC. Electric companies have begun to install these meters in areas where communications technology can support them. They allow households to see how much energy is being used on a daily or even hourly basis and use them to assist with calculating the energy cost to the household. As a result, business and homeowners can modify their behaviors to reduce energy consumption, if desired. Until smart meters are fully installed across the UK, consumers can continue to use energy price comparison websites to compare tariff prices for electricity usage and switch to the cheapest suppliuer and the most suitable tariff. Until the programme is fully rolled out, the UK government, including Prime Minister Cameron, continues to advocate for streamlined billing practices and opportunities for cost-savings for the population. A Look Across the EU

As of 27 June 2013, an estimated 15 to 18 percent of EU households are utilizing smart meters.  The majority of the countries where the technology has been incorporated are members of the EU 15 or the original 15-member EU countries. While these numbers represent a growing trend, indicators suggest the European Union officials may not be pleased with results thus far.Are we on track? Yes, we are on track, but not as far as we could or should have been, said Jan Panek, unit head for the internal market at the European Commission in an address to attendees of EU Sustainable Energy Week. In addition to up-front costs regarding investment in technology, communications, manufacturing and installation, some experts argue utility companies do not push further for smart meter installation because it can reduce utility company profits. However, experts argue electric companies should focus on promoting energy efficiency, not energy profits. However, the energy efficiency markets are expected to boost to a 30 million Euros market by 2030. We have a positive outlook on energy efficiency and its business opportunities both through the electrification of transport, heating and cooling, and through new energy management service offers, according to Jesse Scott, a representative from Eurelectric, the association for the European electric industry in an interview with Euractiv. More Spending Needed

Thus far, the EU has spent nearly 5.02 billion Euros rolling out smart meter projects across Europe. This money funds upgrades and software for the Òsmart gridsÓ that allow the meters to communicate with electric companies. Energy officials at the European Commission estimate the EU may need to spend nearly 50 billion Euros to see 250 million smart meters installed by the year 2020 to grow closer to meeting its goals. Until that time, the EU will continue to let the market drive smart electricity meter rollouts in member countries, ideally all for the benefit of lower costs and a healthier environment. 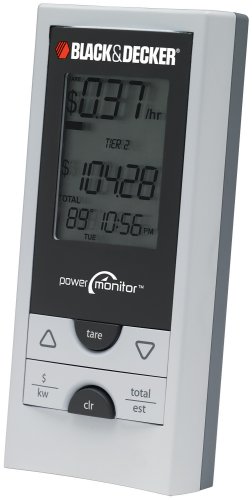