As well as being an avid writer, I am also an enthusiastic gamer, anime fan, movie buff, and love of all things strange. Being as I live with a boyfriend, I am also particularly knowledgeable about cleaning and cooking. You can join me in my adventure of writing for money here at Infobarrel. Sign Up today! Also, I wrote a book! Check out The Guild today!
InfoBarrel is a writing platform for non-fiction, reference-based, informative content. Opinions expressed by InfoBarrel writers are their own.
InfoBarrel > Technology > Mobile > Cell Phones

It's that time again. Apple has announced their newest incarnation of the infamous iPhone and Apple fans everywhere are prepping to stand in lines well around the block to get it. With the September 19th, 2014 release date right around the corner, Apple is rolling out all the pertinent details about the new iPhone 6 and iPhone Plus. However, Apple seems to have lost its penchant for well kept secrets these days. Apple fans used to have to wait until within weeks of the released product for the details, nowadays most of these details have been out for months. That doesn't change the fact that new Apple product time is an exciting time. What is different between the two? How do these two new phones stack up against the iPhone 5? Here is everything that Apple fans need to know about the newest iPhone device.

It Hosts a Bigger Screen

The previous version of Apple's best selling phone only had a maximum screen size of four inches. However, this time, they are making things bigger and therefore better. The iPhone 6 has a screen size of 4.7 inches while the iPhone 6 Plus has an impressive 5.5 screen size, making it practically a monster compared to the non-Plus version. Both phones have 185 percent more pixels on the screen compared to previous versions making for a crisper and higher definition screen image.

It's has a Thinner Body

Like every super model, phones, too, are competing to have slimmer, sleeker bodies. With every new version comes a noticeably thinner body just packed with more features. It is actually pretty impressive how thin some new cell phones are getting these days. Whereas the previous version of the phone had a hefty thickness of 7.6 millimeters, the iPhone 6 will only have a thickness of 6.9 millimeters. However, the iPhone 6 Plus will have a slightly thicker body measuring in at a thickness of 7.1 millimeters. While the Plus version is thicker, it is still thinner in comparison to its predecessor. To be honest, although thinner by measurement, most users will probably not even notice it. With a larger screen, it seems as though this latest Apple creation may feel more bulky than phones of days past. 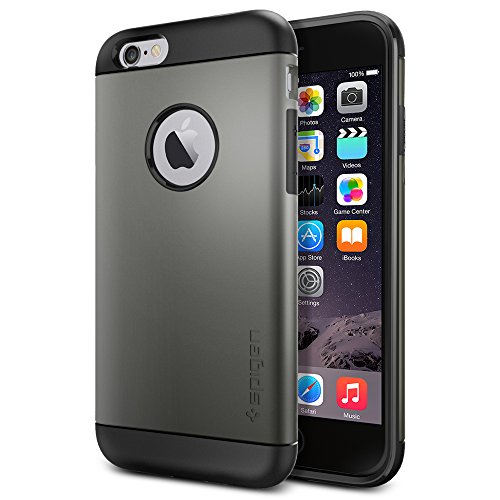 It Hosts a Fancy New Camera

You are not like to understand much of what Apple has described about the new camera in their new phone unless you are a serious photographer, but it is a major improvement from their past camera phones. Apple must have realized how much everyone needs to post selfies and pictures of their food on Instagram with the best possible detail.

Both phones come with an 8MP iSight camera which hosts new technology called FocusPixels and f/2.2 aperture with true tone flash. This new technology means that the camera on the new phones will focus twice as fast and also come with next-gen tone mapping and noise reduction. This creates clear and less grainy pictures and videos taken on the phone. There has to be a difference between the two cameras, if not, why release two versions? It just so happens that there is. The iPhone 6 has digital image stabilization while the iPhone 6 Plus has optical image stabilization.

Same Display With a Twist

Both version of this new Apple phone host that same classic Apple display that we have come to know and love. Functional, yet fashionable, they haven't changed it much. Well, if they did, they are playing it pretty close to the vest at this point. Regardless, they have announced one tweak to the interface. When users now tilt their phone and the interface changes to landscape mode, the interface itself will change into an easier to read version. This new landscape interface will greatly resemble the landscape interface that users are accustomed to on the iPad. 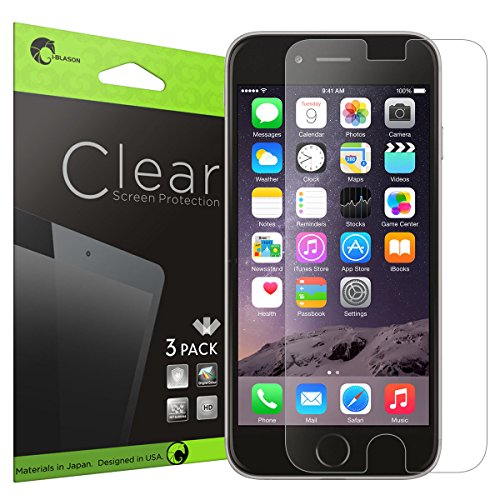 It's Got Serious Horse Power Under the Hood

As well as running the new IOS 8, the new iPhones will has some nicely upgraded technology inside. Both phones will use the new Apple A8 chip which, at 2 billion transistors, is twice the amount of the previous A7 chip. This increase means that the new chip will be 25 percent faster in processing power. The phones also boast 50 percent faster graphics than the previous chips. Apple sure has come a long way with its tiny tech. By comparison, this phone will be 50 times faster and host 84 times faster graphics than the original iPhone.

This is all well and good, but all for naught if it has a dismal battery life. With a wider screen, Apple fans have been concerned that it will lead to faster battery drain in the already short lived battery of their phones. Apple has been silent about what sort of battery is in their new phones, but they have pumped out some statistics. The average battery life of the previous phone was around 10 hours, unfortunately, that is the average for the iPhone 6 as well. Not bad considering the bigger screen, but it is also not better either.

On the plus side (literally), the iPhone 6 Plus is boasting a 16 hour battery life.[1] So if you care about how long your phone can last, then the Plus is the way to go. It seems they really went all out with their Plus version. Shoppers should keep in mind that the iPhone 6 Plus battery life is actually the average of Android phones. However, if you really need an Apple phone, it is still good news.

As a last note, even those who don't get a new iPhone, Apple's IOS 8 will be available for download on September 17th for iPhone 4's and higher.

Hyped up about this latest incarnation? You can get it in stores on September 19th, 2014 in the United States, Canada, the United Kingdom, France, Germany, Australia, Hong Kong, Singapore and Japan.

Those who have the last generation of iPhone (or even lower) should consider these six ways to recycle their old iPhone instead of just letting it sit around.

Update: Does the iPhone 6 Bend?

This article was written just a few days prior to the release of this newest incarnation. After launch, however, several new owners found a devastating flaw. This new iPhone bent. There is a specific weak point right below the volume buttons where if enough pressure is added at the right point, it will bend and Apple is unlikely to replace it. This is sadly what will happen as cell phones slowly get slimmer. This can be avoided by not putting it in your pocket, as the increased heat can make it bend easier. So no tight hoochie pants or bumping your hips into tables for new iPhone owners.

This issue can also be avoided completely with one additional purchase. Never before has a cellphone case been more essential. It protects the phone and makes it much less bendable, although it does somewhat ruin the selling point of it being ultra thin for consumers.