Paradigms are a system of thinking, a basic orientation to theory and research.  Epistemology is a theory of knowledge and refers to a stance on what should pass as acceptable knowledge and ontology is a theory of whether the social world should be deemed by something external to social actors, or something the actors built up from perceptions and actions of these actors.  An issue would concern the question of what is considered as suitable knowledge in a discipline.  Epistemology refers to ways of knowing and how to understand the world through three main paradigms which are positivism, interpretivism, and realism.

Positivism supports that natural science methods can be applied to the study of social reality, realism states that reality could be understood through natural science methods, and interpretivism understands how people create and maintain their social worlds through a detailed observation of people in natural settings. 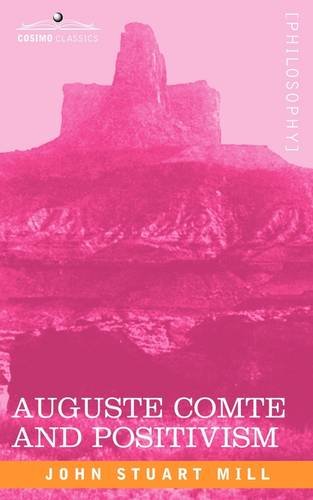 These research paradigms influence our approach to research and help us build an understanding of sociological knowledge.

Positivism is an empirical, quantitative approach in which hypothesis testing (deducted from theory) is used to discover relationships and facts that are generalizable to the population which includes logical empiricism, covering law model, behaviourism, psychodynamic, developmental.  The term positivism is difficult to point out and is discussed in different ways by different authors.  Positivism is discussed in a variety of ways; however it mostly includes a fairly sharp distinction between research and theory and involves fundamentals both with induction and deduction.  It is involved in the application of the methods of the natural sciences to the study of social reality.  Many of the books on positivism imply that it is associated with a position which asserts the importance of replicating the natural science methods to the study of social reality.  Ideas can be considered knowledge once they are subjected to the testing through our senses.  All researchers, even with different values, will all reach the same conclusions given the same data because the science must be conducted in a value-free way.  There is a status of a greater implication to observation then to theory since the role of research is to test theories and provide material for the development of laws.  A positivist approach has the tendency to disregard the subjective experience of the unexpected and the meaning that the behaviour has because it only studies the objective features of an act.  Positivism is always connected to the position which confirms the significance of emulating the natural sciences.

Realism, similar to positivism, perpetrates to an external reality where scientists should have their attention directed.  They also share the belief that the natural and social sciences can use the same methods to collect data and to explanation; however differs because it admits the theoretical terms not directly observed into their explanations.  It recognizes a reality that is independent of the senses, but available to the researcher’s theoretical suppositions and tools.  There are two major types of realism; first there is empirical realism, also known as naïve realism, which merely affirms that reality can be understood with the proper use of methods.  There are frequent suppositions of good communication between reality and the terms used to describe it.  Secondly, there is critical realism which is more specific and believes that there are deeper structures which lie beneath observable patterns.  Critical realism itself implies two things; firstly, categories which imply understandings of reality are temporary and that a scientist’s opinion of reality may not match to any actual reality.  Secondly, it distinguishes between objects which are a focus of inquiry, and the terms used to understand and describe it.  It explains theoretical terms which are not directly observed and implies the introduction of changes to transform.  Critical realism is another philosophical position which declares to provide another proposition of the nature of scientific practice.  Critical realism is an epistemology which emphasizes that the study of the social world should be apprehensive with the identification of structures that produce the world, sequentially to change them; thus, offset the injustices and inequalities.

Interpretivism upholds that a research strategy for the social sciences have to respect the differences between the objects that are studied in the natural sciences and the people; it is an epistemology opposite to positivism.  They believe that the study of the social world needs a different outlook of research procedures; one that reflects the dissimilarity from the world of nature to humans.  From this conflict, there is a division between the inclination for an understanding and interpretation of human behaviour who oppose positivism and an emphasis on the explanation of human behaviour which is the main idea of a positivist approach to the social sciences.  This long lasting debate, which can be found in many of the books on interpretivism,  leads to the emergence of modern social science; however, has expression in a notion such as Weber’s Verstehen.  Weber’s definition states the understanding and explanation which indicates reference to the interpretive understanding of social action.  The term includes the importance of the application of a natural science model to the study of the social world, and who have been inclined by other intellectual traditions.  It is understood that the job of social scientists is to gain access of people’s common sense thinking and interpret their actions and social world from their point of view.  It is a position which requires the social scientist to recognize the subjective meaning of social action.  Interpretivism has more of an influence on qualitative researchers, which generally assume rather than demonstrate.  It holds the view that all acquired knowledge is from interpretation: by studying what people do, how these people act, think, their ideas and what is important to them. 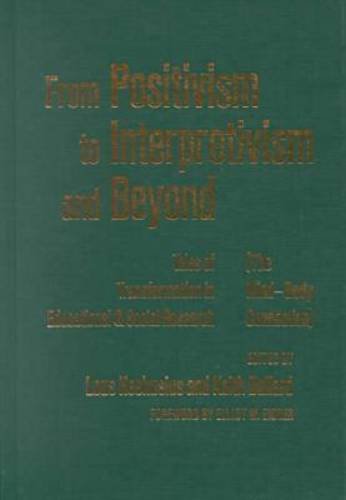 From Positivism to Interpretivism and Beyond: Tales of Transformation in Educational and Social Research Amazon Price: $39.00 $22.00 Buy Now(price as of Sep 1, 2016)

All in all, all three research paradigms, positivism, realism, and interpretivism explain three generally different points of views.  Positivism supports that natural science methods can be applied to the study of social reality, realism states that reality could be understood through natural science methods, and interpretivism understands how people create and maintain their social worlds through a detailed observation of people in natural settings.  I believe that all three of these research paradigms contributed to my knowledge and understanding since all of them make good assumptions; although the one which provided me with the most knowledge and gave me a more clear view would be interpretivism.  Interpretivism makes sense to me the most out of the three; it seems to be the clearest and accurate point.  It acknowledges through interpretation and studying which is a common way of understanding and is very consistent with my understanding of sociological knowledge and has the greatest influence on my learning.  All three paradigms are very important and influence our sociological knowledge and outlook to research.