Critical theory and feminist theory are both concerned with the problem of domination in modern society.  Theodor Adorno and Judith Butler are sociological theorists who studied the way that society functions on a day to day basis.  Modern society has developed significantly; however, there are still unfortunate aspects that weaken opportunity for certain individuals, as well as offer a sense of guide on how one should act in certain situations.  Adorno’s theory of culture industry and Butler’s theory of performativity both demonstrate issues with problem of domination in modern society; in addition, these theories are similar and different in explaining their concern.  Adorno is classified as a critical theorist who strongly believes that culture is something that needs to be completely critical, and expresses culture industry as a concept in which culture is affected by outside surroundings.  Adorno was also interested in music and art; as he noted that music and art provide freedom to individuals, and was capable of transcending the alienated world conducted by capitalism and oppressive political systems.  Butler is categorized as a feminist theorist who expresses performativity which suggests that gender is produced through imitation and performing roles.  She deems that gender plays a subjectivity role that is not essential, but something that is formed from a continual performance.  Similarly, both Adorno and Butler truly support the idea that there is domination in modern society created by the media and all surroundings in individual’s lives.  Both theorists also believe that this domination suppresses certain individuals in society, as well as promotes people to follow specific roles and actions. 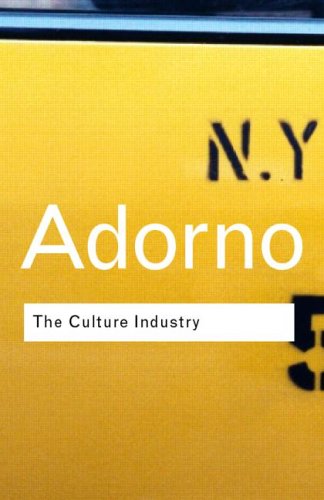 Adorno speaks of the culture industry as fusing the old and familiar into a new quality.  He associates art with culture, and expresses that culture is to render the impossible as being possible and offer alternatives to existing social conditions.  When referring to cultural industry theory, it signifies the realm of popular culture, which includes music, television shows, films, books, etc.  The term ‘industry’ is intended to emphasize the standardized, mass produced, and commercialized quality that pervades popular cultural products.  These are relations in which individuals live by; the purpose is to offer alternatives to existing social conditions and portray the idea of making the impossible possible.  When he expresses industry, he is referring to the standardization and rationalization of distribution techniques. Culture industry claims to be a producer of freedom and choice; however, it provides its consumers with a totalitarian landscape.  Today, culture is a product of the machine and not the imagination, therefore, people today imitate the actions that are seen in the media, and act as they are told by the media; he believes that art was capable of transcending the alienated world.  The media, being shows, films, music, etc, portrays a culture that should be demonstrated through our everyday activity.  One paraphrase that I can think of is: “The categorical imperative of the culture industry no longer has anything in common with freedom... The power of the culture industry is that conformity has replaced consciousness.  The order that springs from it is never confronted with what it claims to be or with the real interests of human beings.”  This paraphrase reinforces the idea that media plays a dominate role in modern society since culture industry claims to express individual identity and free choice; however, Adorno believes it instead takes freedom away from individuals, and provides an authoritarian demand on individuals. 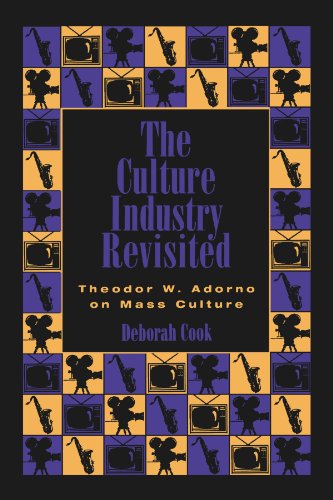 Furthermore, culture industry expresses this notion of the media playing a major role in the everyday lives of people; therefore, media can be seen as a force of domination on people’s actions and thoughts.

Media desires to impact individuals’ conscious and unconscious thoughts and actions, which is successful in modern society.  Today, people think, look and act as they are taught through media which, as a result, proves that media controls modern society.  Through Adorno’s theory of culture industry, it is seen that media has a great influence on society, and effects how individuals perform on a daily basis.

From a different perspective, Judith Butler perceives gender as something of a continual performance, and not fixed or necessary.  The view that gender is performative shows that what people take to be an internal essence of gender is manufactured through a sustained set of acts, posited through the gender stylization of the body.  She believes gender is constructed through performances; we become men and women as we become more successful in acting performances.  It is shown that we become subjects from our performances, and the subjectivity is due to the process of socially constructing ourselves to the norms and practices.  Gender is constructed, and identities form from what society inflicts on individuals about the distinction between male and female, which will drive more of a distinct inequality between the two genders. 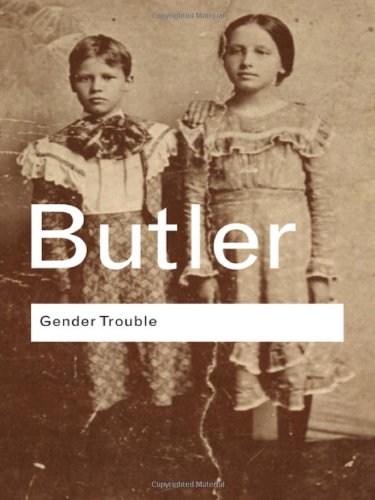 Moreover, binary orders, which is also a theory derived from Butler, refers to the distinction between male roles and female roles; masculinity compared to femininity.  This also refers to the difference between sex and gender, as sex is distinguished biologically and gender is culturally constructed; therefore gender is not as fixed as sex.  This is a problem in modern society as males are considered to be the more dominating sex than females.  Inequality between genders is an issue which stemmed very long ago and still exists in modern society; however, it is not as prominent today.  Sex is considered to be biologically based, which is not in control of human power; therefore, there should not be inequality between genders and men should not have more power and options over women.  Butler states ²implicated in a network of authorization and punishment, performatives tend to include legal sentences, baptism, inaugurations, declarations of ownership, and statements which not only perform an action but confer a binding power on the action performed.² There is this notion that men have to act in a masculine order and women have to act in a feminine order; it is not natural according to society, for women to act masculine or men to act feminine.  This indicates women being of less value compared to men; therefore, men are dominating in society. 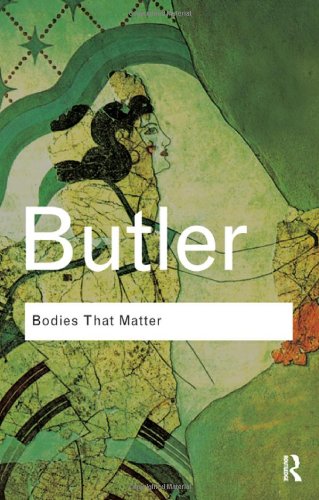 Though, according to performativity, individuals act as how society desires them to act, and in playing these roles, the individual becomes that role.  For example, if men portray masculinity when acting in society because they believe that is the way they should act, they are ultimately going to be a masculine figure.  Therefore, society displays the image of men dominating women, and as individuals play the masculine and feminine roles, women become the gender of less opportunity; Butler believes this is not the way individuals should function in society.  This also shows that society and media gave a dominating power over how individuals perform their regular actions.