Mutant bears, super mutants, and deathclaws – oh my! All that radiation in Fallout 4 really had quite the effect on the remaining living world. However, while it is perfectly acceptable to charge in and pump anything and everything in the face with a whole lot of lead, it saves time and bullets to just hit an enemy in their weak spot. For different enemies, this means different things, and while the Awareness perk shows resistances and weaknesses, it is kind of a waste of one of those crucial perk chart points. Fortunately, this guide will give the basic rundown on everything a wastelander needs to know in order to dominate the world and its beings.

Unlike combat Synths, assault robots will never run to cover, they will only run for your head. This makes them easy to hit, but their high damage output makes it prudent to have a place to hide if need be. Like Synths, assault robotics are weakest to energy weapons and a few rapid hits are enough to take most down.

For all assault robotics, it is recommended to use VATS. They can fire at a high rate of speed and the time slow in VATS makes them easier to deal with.

Protectrons are the weakest of the robots. While their bulky design makes them seem formidable, they are easy to kill.

Assaultrons are a little more difficult. At range, they can fire a deadly laser, but it can be easy to line of sight it. Up close, they move quickly and attack with their surprisingly powerful nipple-twisting claws. Aim for the head in VATS.

Sentrybots are the big daddies and the hardest to kill. They are big, move quickly, and fire quickly like a turret. However, they have trouble fitting into small doorways, so that may be one good strategy to taking them on. Laser weapons work in a pinch, but plasma weapons and pulse grenades do serious damage to sentrybots.

Not unlike radroaches, bloatflies are annoying, but not difficult to kill. Their major advantages lie in the fact that they travel in groups and are quite evasive. As they have no real damage resistances, they are quite weak. As they use ranged attacks, it is best to just quickly VATS them all down with the low powered 10mm pistol.

These mutated mosquitoes are very aggressive and travel in packs, making them hard to avoid. Unlike other flying enemies, bloodbugs need to get in close to attack. However, they are easy to kill with either VATS or melee attacks.

While Brotherhood Scribes and other ranks not in power armor are as easy to kill as any humanoid creature, Brotherhood Knights and above have access to power armor which make them a tad bit harder to kill. Normal bullets seem to just bounce off and while energy weapons work a bit better, but they are not the most efficient way to kill Brotherhood. Aside from missiles, fat men, and miniguns, the most effective weapon against Brotherhood power armor is the Railroad gun that shoots railroad spikes. Those guns take massive chunks of health off Brotherhood power armor, but any gun with armor piercing will have a similar effect.

The weakness of power armor lies on it back. In VATS, players can target the suit’s fusion core, its power source. While it requires their back to be turned, successfully breaking (not just hitting) the fusion core will cause the armor to explode like a small nuke, likely taking out anyone else in the nearby area.

Deathclaws have always been the pee-your-pants-and-run-away enemies of the Fallout series and in Fallout 4, they are no different. However, with all their unpleasant mutations about, Deathclaw classic is the weakest of the lot.

With thick skin, quick speed, and unmatched strength, a deathclaw is difficult to tackle even with power armor. The deathclaw doesn’t really have a weakness, but the closest spot is its belly. Of course, that can only be reliably hit when it is charging you, so there’s that.

The best strategy is the original strategy that introduces you to deathclaws in Fallout 4 – power armor + minigun. However, for those that don’t have those on the fly, armor piercing weapons and many grenades are helpful. Molotovs are particularly helpful with Chameleon Deathclaws as they can force them out of stealth. Alternatively, nothing is helpful against the rare Mythic Deathclaw except running. 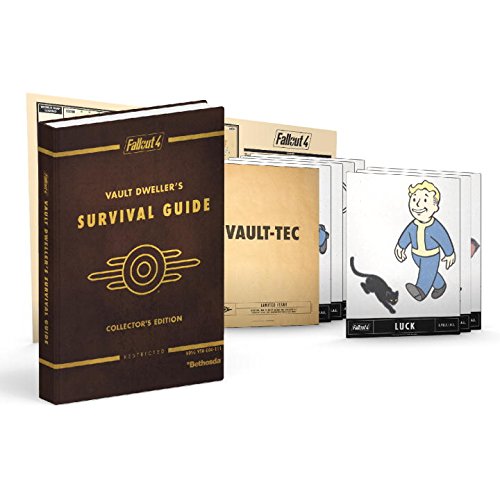 Unlike the feral ghouls in previous Fallouts, the feral ghouls in Fallout 4 can be pretty formidable. While they are weak and most are easy to kill in one or two hits, the feral ghouls’ strength is speed and a pack’s swarming potential. Each lunge attack of a feral ghoul gives radiation damage as well as regular damage which can make three or four all taking swipes at the same time a real problem. Energy weapons and good old fashioned shotguns work well against ghoul packs; however, radiation weapons should be avoided as they heal ghouls.

Be particularly wary around feral ghoul variants like the Glowing One, who does more radiation damage and can revive other dead ghouls near him, and the Charred Ghouls that are resistant to damage yet do very high damage to you.

Like humanoids, ghouls are weak to head and body shots. Blowing off the legs of particularly strong ghouls (like Glowing Ones) may also be a helpful option to finishing them off fast.

Humans are some of the easiest creatures to kill in the Fallout universe. Head shots are, of course, the way to go with killing raiders and anyone else. Humans also suffer radiation damage from radiation type weapons. However, blowing their heads off with a well placed sniper shot is just easier.

Mirelurks and their variants are a surprisingly complex and difficult enemy to tackle. Standard mirelurks are weak to face and body shots. However, the tough shell on their back causes traditional weapons (everything besides missiles and mini nukes) to ricochet out. In order to effectively hurt a mirelurk, you have to wait until it charges at you.

Further up the food chain, Mirelurk Hunters have less armor, but have speed and damage on their side. At a distance, they spit corrosive acid and up close their melee attacks are painful. Headshots in VATS are the way to go here.

At the top of the Mirelurk totem pole are the King and Queen Mirelurk. The Queen comes in only one variety – huge – and spawns small mirelurk spawn to run in and attack people. She has a staggering amount of health, but her belly is the key. It is recommended to not be stingy with missiles or mini nukes for the Queen Mirelurk. Alternatively, the King Mirelurk comes in many different varieties. He is extremely fast and can use stealth making him difficult to tangle with. However, they have relatively reasonable health and resistances, not unlike the Mirelurk Hunter.

Mole rats are counted among the weaker creatures in the wasteland. They travel in packs and can ambush players by appearing out of the ground. However, their low damage and health make even their variants relatively easy to handle with any sort of weapon.

Not all mutts are as well behaved as Dogmeat. Mongrels are feral dogs that, like most creatures, travel in packs. Normal hounds are easy to take down with a shotgun or even a few shots with a pistol, but Alphas, particularly Alpha Glowing or Alpha Albino mongrels come with a lot of resistances, health, and high damage.

Radroaches are the first enemy you will encounter in Fallout 4, and with such a title it is the easiest to kill. Don’t waste bullets on a radroach, one hit with a melee weapon or a power attack with your gun will kill them with ease.

Unlike radroaches, radscorpions are much more formidable. Like mole rats, they possess the ability to ambush players from underground and travel in packs. Their strikes not only cause radiation damage, but can cause a poison effect that drains health rapidly. While shotguns can be effective, it is best to keep these creatures at a distance. They are weak to energy weapons, so laser rifles are a good way to go.

Typically, raddoes and radstags will usually flee when they see you, but variants such as Albino, Rabid, and Glowing radstags will be aggressive. When fighting one, avoid their antler charge as it does high amounts of damage. Aim from the head or body with pretty much anything and they will be down in no time.

While most flying enemies are an utter joke, stingwings can be surprisingly tough. They like to circle around you, so without VATS they are tough to hit. With fast attacks and the ability to afflict poison, it is best to handle these suckers quickly … with a shotgun.

Super mutants, most times, are easy to kill. Regular super mutants can be downed like a human with a head shot or a few body shots. However, the super mutant variants come with health and armor upgrades that make them harder to kill. One special circumstance to consider with super mutants is the Super Mutant Suicider. These little jerks will run right up to you with a bomb in hand and explode, taking you both down to Hell. To avoid this tragic and frustrating fate, shoot the arm the bomb is in through VATS from a distance, then he will just explode.

There are also those large Super Mutant Behemoths. Like in Fallout 3, there are five throughout the world. They have high health, high resist, and do crazy damage. It is best to treat them like the Queen Mirelurk, pumping heavy weaponry in them. However, never let them get close.

Synths are essentially man and machine put together. They lack the head vulnerability of man, but have the energy weakness the same as machines do. For synths, break out those energy weapons and be ready to flush them from cover. If you are going for limb damage, as soon as they lose their gun, they have a tendency to run up and start to melee, so be prepared for that. Otherwise, they are not too bad to handle.

The upgraded Synth, the Courser is originally made out to be a seriously scary badass, but after fighting one, you realize they are not so hard. Unlike regular synths, a courser seems to take more damage to their head. However, what makes them tough to tangle with is their ability to stealth. Like any stealth enemy, one well placed Molotov will knock them out of stealth long enough for VATS.

A Yao Guai is a mutant bears and generally, like a deathclaw, not something you want to happen upon by surprise. Very aggressive, very strong, and a melee attack that staggers, a yao guai is best handled at range, but their thick skin resists a lot of damage. Personally, I recommend setting them on fire with molotovs, running them over mines, or taking them down with sniper fire. 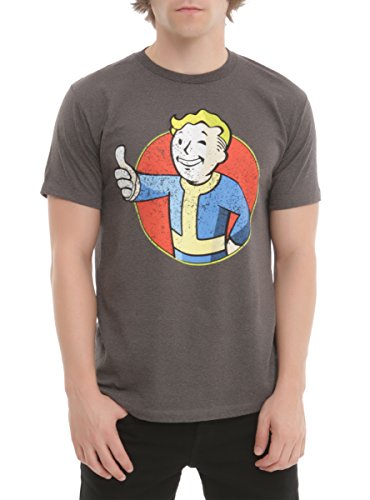