After that initial play through of Fallout 4 where you created a character fitting your usual RPG play style or modeled after you, things can start to get a bit bland. However, through Fallout 4’s extensive list of perks, there is some potential to have a lot of fun with some less than normal character builds. Some of these unique builds make death come to your enemies on swift wings while others, let’s be honest, will make Fallout 4 harder than it needs to be, but so much more entertaining.

You come straight from the comics ready to crush your enemies and see them driven before you. You don’t need anything fancy like smooth talking or even upper body armor, you can just cut out anyone’s tongue and deflect bullets off your bulging pecs.

Big League This is the bread and butter for Grognak the Barbarian. You won’t be using guns very often, if ever, so you will want as much melee damage as you can muster.

Rooted Grognak the Barbarian doesn’t run. Only cowards run. Stand your ground, let out a fierce roar and enjoy the increased melee damage and damage resistance that only comes from standing still.

Toughness What with your aversion to upper body armor, that irradiated flesh and muscle tissue is going to need all the damage resistance it can get.

Life Giver Your going to be taking a lot of hits to the face, you’ll need the health boost and regeneration because buying all that meat and mead gets expensive.

Medic Grognak may not have the social graces to attend a fancy dinner party, but he’s not stupid. Medic makes stimpaks more effective and work faster. The best barbarians knows you can’t crush your enemies if you’re dead.

Moving Target Your enemies have guns. You do not. You will need to close the distance and taking less damage while sprinting is a must.

Blitz Essentially, it is the same deal as the above perk. Blitz gets you in kill range the fastest.

Go to Hubris Comics (you go there for the super fun Silver Shroud quest) and you will find Grognak’s axe to complete your dedicated cosplay. You’re welcome.

You don’t need to know how to shoot a gun when you can talk your way out of most situations and bullets mysteriously ricochet back into your enemies. With a charming mouth and a lot of bit of luck, you’ll be boss kingpin of the Commonwealth in no time.

Lady Killer/Black Widow Whether you are in a gun fight with raiders or trying to charm Magnolia right out of that slinky red dress, having a little extra something against the opposite sex doesn’t hurt.

Inspirational Leaders don’t fight, they inspire others to fight and die for them. The Inspirational perk makes your companions do more damage in order to protect you, their beloved leader, better.

Intimidation No need to get your hands dirty when you can simply convince your enemies to murder their friends!

Science You can’t talk your way out of every situation. Alas, sometimes Deathclaws just won’t listen to reason. However, for those times, having the best in high-tech gun mods can be helpful.

Mysterious Stranger You have no idea who he is, but he’s been a great friend. 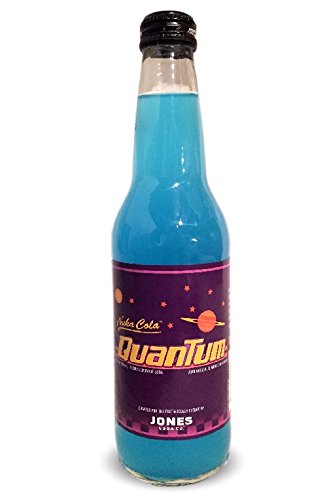 No one wants to hang around you, and it is not just because you smell a little funky. You came out of Vault 111 … wrong. Suddenly you have a dark craving and the sun burns you right to your very soul.

Toughness With a world that hates everything you have become, it is important to learn to survive its hate-filled bullets. The extra damage resistance will literally be a lifesaver.

Lead Belly Dedicated solely to survival, you’ll eat anything and everything if it means another day at life.

Life Giver Again, since everyone hates your feral ways, the extra health and regeneration make living a little bit easier.

Chem Resistant No one will blame you if you take drugs to escape your pitiful existence, but now you can do it without those pesky chemical dependencies.

Aquaboy / Aquagirl When being chased from that settlement by flame-throwers, being able to slip into the water and dog paddle away is a must.

Cannibal See? This is why no one wants to hang out with you, but they can’t deny that eating your enemies is a cheap and effective way to gain health.

Ghoulish Someone at Vault-Tec owes you a refund. Vault 111 was not as radiation resistant as it claimed. However, on the plus side, you can now abuse radiation to restore your health. Take that, Glowing Sea!

Moving Target The damage resistance you get as a moving target is useful for escaping cities after feasting on their children.

Admit it, you dumped Metal Gear Solid 5 when Fallout 4 came out because it was getting a bit old and didn’t put out enough. However, you don’t need to leave the stealth gameplay crying in the closet because Mommy and Daddy are having a bit of a kerfuffle. Put a whole new perspective on Fallout 4 by taking the wasteland down from the shadows.

Pickpocket A shadow does not wait in lines to buy things. A shadow sneaks right up and takes all the caps, ammo and guns from a person’s pocket before leaving a live grenade. At high ranks you can even take the shirt right off their back.

Rifleman A shadow will want to use a silenced rifle as their primary weapon, so added rifle damage is a must to quickly dispatch foes.

Locksmith It’s the apocalypse, who locks doors anymore, honestly? Regardless, with this perk (provided you don’t have the yips in your hands), no door will stand in your way. Dead bolts be damned!

Gun Nut You know what they say? If Arturo refuses to sell passable silencer mods, you rob him blind and make them yourself.

Hacker Aside from being just another way to break into certain doors, being decent at hacking means you can turn turrets and assault robots against your enemies.

Sneak Obviously, you need to be able to sneak. I mean, really.

Mister Sandman While you might not come across many sleeping enemies, the extra damage to a silenced weapon is an absolute must.

Ninja Yes, yes. You are the night, but the night needs extra sneak damage.

It is a lawless, irradiated world out there, and you’re the new sheriff that just walked into town. With your six-shooter and your ten-gallon hat, you dominate the Commonwealth by passing your judgment on murderers, thieves, and rowdy drunks.

Concentrated Fire You’ll be using VATS a lot as a sheriff with a pistol. However, while the increase accuracy is nice, it is a great way to disarm an opponent by blowing off said arm.

Gunslinger Someone has poisoned the watering hole? Well, then you’ll be poisoning their body with lead. Gunslinger grants a damage boost to non-automatic pistols.

Action Boy As a VATS-heavy pistol precision build, you’ll want those action point to recharge at their quickest.

Gun-Fu When the scum of the earth have you surrounded, your pistol and your itchy trigger finger are your only friends. This perk allows increasing damage for every enemy targeted in one VATS session.

Bloody Mess Who can say no to extra damage? Assure that lawbreakers are just a red puddle left in the dirt with this perk.

Tip: If you find yourself looking for appropriate lawman gear, complete the Silver Shroud quest to get his armor. It is more “detective” than “cowboy”, but it looks fitting considering this can easily be one of the most deadly builds in the game.

Want to be extra dangerous? Put more points into luck and get the critical perks. One and done, straight to the brain pan for everyone! 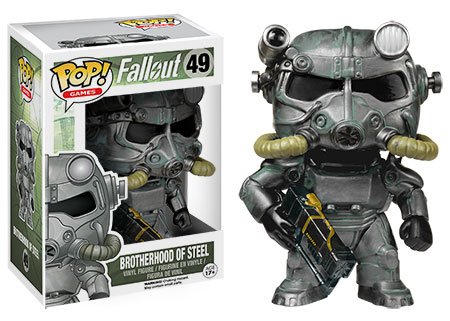