Fallout 4 is Great, but it is Bethesda's Frankenstein

Let’s get this out of the way right away. I like Fallout 4, so this observation isn’t some form of trolling on what is easily going to snag Game of the Year away from The Witcher 3. I like a lot of things about Fallout 4, and like most Bethesda games, I played it, a lot. However, unlike most Bethesda games, I wasn’t quite absorbed in the world as I usually am.  I kept getting distracted by certain similarities it had to other Bethesda games. Of course, since Fallout 3, the series has been basically Elder Scrolls with guns, but that is not a bad thing. That sort of game design worked well with the Fallout series because it has a wide world to explore and that is what Elder Scrolls is all about. Unfortunately, since Fallout is one of a small handful of cash cows that Bethesda is milking, Fallout 4 feels rushed, patched together from things that made previous games special into Dr. Bethesda’s well-meaning monster. Perhaps that’s why its fans are so very overly defensive of this particular game from what I’ve seen. Every little nitpicker that appears is picked apart by a pack of rabid Fallout 4 dogs, and I think I know why. Everyone (including me) was really excited about it, and now they don’t want to admit that some of Fallout 4’s limbs are dangling from the stump after the cheap string started to break.

This isn’t a review, it’s an observation. I don’t write reviews because I usually focus on everything in a game that makes me happy, and no one cares about that. However, as an observation, there may be spoilers below in regard to Fallout’s main story (because that’s a good portion of where I take issue). For those who have not finished the main storyline or have not been thoroughly spoiled already, proceed below with caution.

Where to start dissecting Dr. Bethesda’s monster then? The popular complaint has been the relatively small map size. I don’t take issue with this. It is a small map that is richly populated and I would take that over endless space and pretty skyboxes any day. I think my first issue really began with the loading screens. Remember when Fallout 4 Director Todd Howard declared no loading screens for Fallout 4? I do, but I didn’t believe him. It is just not possible with the current console technology. However, I did find it particularly lazy to just reuse those slowly rotating CGI models that made Skyrim’s load screens more bearable. Yes, it’s pretty and we can turns them all different ways, but it is cutting corners at its finest.

However, those load screens aren’t the only pieces plucked from the diamond-encrusted bodice that is Bethesda’s holy grail of sales. Everyone (including me, again) was quite excited when Skyrim announced it would have unlimited quests. Of course, unlimited quests were just the same dozen on a loop, but that was fine with Skyrim. By adding that same infinite questing model to Fallout 4 is where it starts to fail. If I have to save the same settlement from the same ghouls three times in a row one more time, that settlement is getting good and “cleansed” through my nuclear stockpile. In short, they will taste the fury of Atom.

At the core, it is really the repeatable quests I have a problem with. It takes away from all the random weirdness that made me fall in love with the original Fallout and nursed me all the way through New Vegas. There is still plenty random weirdness in the world, but with four different factions, you would think you would be treated to more than five original faction quests before the endless barrage of repeatable dribble. It seems Bethesda decided to cheap out with not just faction side quests, but the main story line as well.

I was meticulous with my saves and managed to get all the endings to Fallout 4 already. The only exception being a Minuteman ending that I’m not sure exists.  Along the main story line, I was able to play quadruple agent all the way up to the end. With the exception of the Minutemen, you can do all the faction quests in the main story up to one deciding quest that makes you an enemy of the others. After picking a faction, you do three, maybe four quests and the story ends. They aren’t even very different quests, either. Many are just doing the same quest from a different perspective. Sure, it is fun to shoot railroad spikes into Brotherhood armor with Deacon and Tinker Tom or reign down synths on the airport with the Institute, but only three, somewhat unique missions to get an ending? I would have preferred more of a lock out on the factions; it would have done wonders for the replayabilty.

That being said, let’s talk about the ending. It seems Bethesda wasn’t informed that people really didn’t like the ending of Mass Effect 3, because they essentially did the same thing. You have several different routes to choose from and all give you essentially the same “war never changes” bullshit slideshow. Some give you minor tidbits afterward, but aside from having the other factions dead, nothing changes in the world. It is all … really disappointing. Fallout 3 punched me right in the heartstrings with its ending and while I could see Fallout 4 trying to do the same, it failed through its lack of story-building. I get that some players like exploration, and Bethesda really feeds that, but I like narrative. It’s why I have put up with Telltale so long. Their “choices effect the story” is utter crap, but damn, they tell a enthralling story. Fallout used to tell a passable story as well, but not anymore.

With elements of past Bethesda money makers and all the bad bits of Mass Effect 3 thrown into Fallout 4, it is easy to see why there are some legitimate haters out there. It is a great game, but at the same time, if you look close enough you can see the cracking in the veneer that Bethesda painted over their past products. Innovation in the industry is not made on the back of games like Fallout 4, but millions of dollars sure are, apparently. 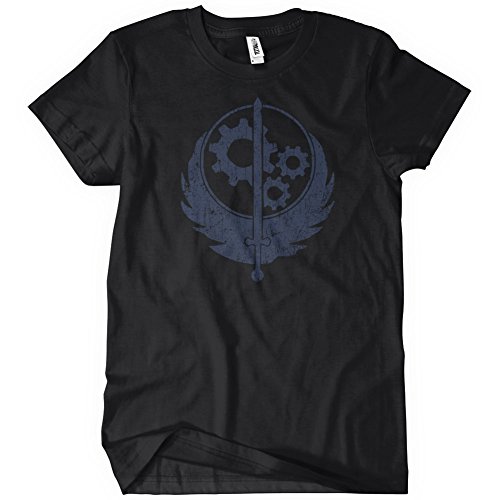