Enjoyed this article? Want to comment your opinion? If you're not an IB member then please let me refer you and sign up using this link: http://www.infobarrel.com/signup.php?ref_id=1654052 Hope to hear from you soon!
InfoBarrel is a writing platform for non-fiction, reference-based, informative content. Opinions expressed by InfoBarrel writers are their own.
InfoBarrel > History > Ancient History 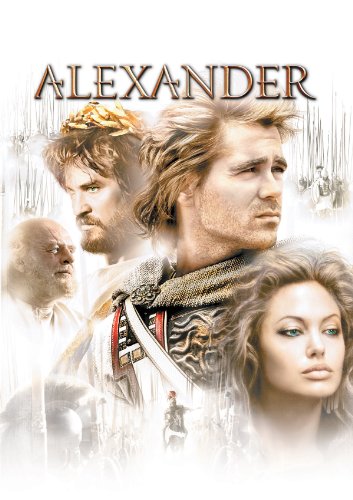 Alexander (Theatrical Cut) (2004)Amazon Price: $2.99 Buy Now(price as of May 10, 2013)
Watch some of Alexander the Greats famous battles in this film adaption of his epic tale of conquest.

Background of Alexander the Great

Alexander III, known more popularly as Alexander the Great, is one of the most widely known military leaders in history, having been part of several famous battles in ancient Greek history . He was born in July 365 BC, the son of King Philip of Macedon and his wife Olympias. Alexander’s birth coincided with three favourable events – the burning of the Temple of Artemis at Ephesus, a big military victory in Illyria, and victory for Philip’s horse in the Olympic Games – which earmarked him out as special right from the beginning. His educational background links him with the famous Aristotle, hired by his parents as a personal tutor to teach him about philosophy, ethics and politics; all of these were to be important ideals to him in his later campaigns.

The stories of his upbringing and early life are all indications that the young boy showed potential greatness. He received Persian ambassadors when his father was out inspecting his soldiers, and apparently impressed them more than Philip would have done despite his tender age. Perhaps the most famous story is Alexander’s taming of the wild horse Bucephalus whereby he supposedly challenged his father publicly indicating that he would be able to bring it under his control. Having realised Bucephalus appeared scared of its own shadow, Alexander led the horse to an area where the shadow fell behind and as a result, the horse finally relented and allowed Alexander to mount him. It prompted Philip to claim: ‘Son, find yourself another kingdom to rule because Macedonia is too small for you.’ If ever a statement reflected the true promise of young Prince, this was it.

Alexander went on to achieve remarkable feats, cementing his status as one of the most powerful and skilful commanders in history. His campaign contained many encounters and heroic conflicts; listed here are a few of the most famous of the Alexander the Great battles - the Battle of Granicus, the Battle of Issus and finally, the Battle of Guagamela.

Marble sculpture of Alexander The Great

The Battle of Granicus

Alexander’s first real test on his campaign in Asia occurred in 334 BC at the Granicus River, hence why this Alexander the Great battle was named 'The Battle of Granicus'. Confronting him on the opposite bank were the Persians, attempting to end Alexander’s challenge before it had even begun. The Macedonians boldly charged, crossing the river with much haste under a shower of enemy spears and arrows. Once crossed, the weight and experience of their men proved the difference and the Persians were defeated. Charging into the river was a calculated risk by Alexander, and one that had paid off with victory. However, all could have been so different had Cleitus not severed a Persian’s arm poised to decapitate Alexander. The Battle of Granicus was one of the most important battles in the campaign as it set a daunting precedent to any Persian army that would face them in the future.

The Battle of Issus

The next important encounter between Alexander’s forces and Darius’ Persian army came at the Battle of Issus, in 333 BC. A tactical mistake by the eager Darius had meant his army had left their strong position on the open plains in order to confront the Macedonians in a smaller area sandwiched between the mountains and the sea. Alexander led his right wing of cavalry to outflank the Persian left, although his troops in the centre were faring less successfully against the Greek mercenaries employed by the Persians. Alexander led a calculated strike, aiming his forces directly at Darius. The Persian commander, seeing himself in imminent danger, made the decision to flee the battlefield, and in turn, gave no cause for the rest of his troops to continue fighting. Alexander had triumphed yet again at the Battle of Issus, although not without withstanding significant struggle and suffering a serious loss of men.

The final war of Alexander the Great’s that shall be covered is his biggest and most important in the context of his battle to conquer Asia Minor - the Battle of Guagamela. Commencing in 331 BC, The Battle of Gaugamela was the final shift of power between the opposing sides, paving the way for Alexander to take over Darius’ mantle. The Persian army was much bigger and better-organised than they had been at The Battle of Issus. As a result the Macedonian generals had suggested a night attack, but Alexander had rejected this as he wanted to win by fair means. He did so riding out to the right creating a gap in the Persian line by the vacated forces mirroring his movements. Again, as he had at Issus, Alexander and his cavalry made a direct assault towards where Darius was to try and finally finish him. Darius once again fled from the battlefield giving no hope to his men. Alexander had the choice to chase after him but instead retreated to save Parmenio and his unit who were being overrun by the advanced Persians. The video below is a clip of the Battle of Guagamela from the movie adaption (albeit without the original sound) Alexander by Oliver Stone.

Battle of Guagamela in film 'Alexander'