The Imperial Japanese Navy (IJN), the navy of the former Japanese Empire, was one that constructed a variety of warships for its fleets such as cruisers, destroyers, aircraft carriers and battleships. Japan sent most of them into a number of battles with the world's largest fleets during the 1940s after the Pearl Harbor airstrike. These were a few of the famous IJN ships.

The Zuikaku was an aircraft carrier added to the IJN in 1941. When it joined, it was a part of the IJN's Pearl Harbor fleet that ravaged the harbor. The Zuikaku was later called up for the Battle of Coral Sea, although with repairs required missed the Midway battle. This was perhaps fortunate as U.S. planes sank all the Japanese carriers at the battle.

When 1944 came the IJN sent a carrier fleet to the Marianas, which included the Zuikaku. Task Force 58 intercepted this fleet, which wiped out most of the Japanese carrier planes present, as well as those on nearby airfields. U.S. submarines also discovered the Japanese warships, and took out a couple of aircraft carriers with their torpedoes. However, the Zuikaku was one that returned to harbor.

With U.S. Marines later landing at Leyte, in the Philippines, the IJN sent most of its remaining ships to defeat the landings. With little remaining carrier planes, the IJN sent the Zuikaku, and others, in as decoys to ensure that its battleships could reach the required target. During the naval encounter, the U.S. Third Fleet headed northwards toward the carrier fleet, which did ensure that the Center Force made it the coast of Samar. However, with little air cover the Third Fleet sank the Zuikaku.

The Yamato was one of two Yamato-class battleships that the IJN added its fleets.[1] This was one the largest Japanese battleship constructed, along with the Musashi, that eclipsed 70,000 tons. Its large armor-piercing shells and turrets could take out any Allied surface fleet ship at sea.

Despite its notable scale the Yamato had little impact in the Pacific War. It sat out most of the naval battles until 1944, but without suitable aircraft carrier cover for its fleets the IJN deployed the battleship for the Battle of Leyte Gulf to take out the U.S. invasion fleet. During this naval battle, the Centre Force reached the coast of Samar, where they intercepted light U.S. aircraft carriers and destroyers. Here the Yamato and its escorting fleet took out one of the carriers present, before making a withdrawal.

In 1945, U.S. Marines were storming Japanese home islands such as Iwo Jima and Okinawa. When the Allies invaded Okinawa, Japan sent the Yamato to provide further support for Japanese troops. The plan was for the Yamato to beach itself ashore the coast of Okinawa, where it could then become a coastal fortress. But without any air cover the battleship could not make it, and U.S. carrier planes intercepted and sank it.

The other Yamato-class battleship was the Musashi, a flagship of the IJN.[2] It was this warship, alongside the Yamato and aircraft carriers, that the IJN expected to defeat the U.S. Pacific Fleet with. But as they would later find, the largest battleships in the world were not enough as Allied planes began to dominate the air.

This became most apparent at the Battle of Leyte Gulf. Up until then the Musashi had remained largely in port, except for transportation missions such as to the Palau Islands. When the Allies were landing in the Philippines, it was one of the Japanese battleships included within the Centre Force. When they were first intercepted by U.S. aircraft, the Musashi was the primary target for their pilots. The bombardment ensured the flooding of the Musashi, which gradually slipped beneath the sea.

The Mikasa is the sole remaining IJN ship. This was a battleship first added to Japan's fleets in the early 20th century, and was the flagship of their navy during the Russo-Japanese War. It was one of the warships that routed the Russian navy at the Battle of Tsushima Straits, which ensured victory for the Japanese Empire and the rise of the IJN as one of the world's foremost navies.

In the early 1920s the IJN removed the Mikasa from its fleet. However, it remains intact as a museum ship. So today the Mikasa can be visited in Yokosuka, and it is the last remaining pre-dreadnought battleship.

These Japanese ships are among the most famous today. With these ships the IJN could almost defeat any other navy. However, the combined Allied naval presence in the Pacific, which included American, British, Australian and Dutch warships, gradually reduced Japan's fleets to scrap. 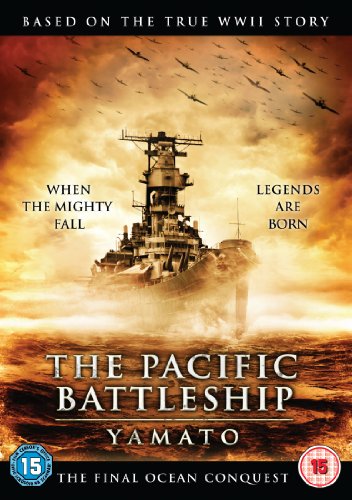 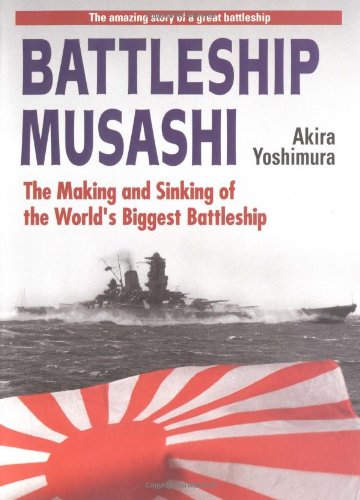 Battleship Musashi: The Making and Sinking of the Worlds Biggest Battleship Amazon Price: $104.36 Buy Now(price as of Sep 1, 2015)
Next >> The Columbus Hoax: Who Really Discovered America?