Winter is coming, Ned
InfoBarrel is a writing platform for non-fiction, reference-based, informative content. Opinions expressed by InfoBarrel writers are their own.
InfoBarrel > Sports > American Football

It’s that time of year again to start thinking about the upcoming draft and how you are going to dominate your league.  Yesterday when sitting by my pool I started thinking about the abudence of quality fantasy quarterbacks.  My league is a quarterback driven league, meaning quarterbacks score a lot.  Our scoring system for QBs is set up to get 1 point per 20 yards passing and 6 points per touchdown.  That’s more than the standard 1 point per 25 passing yards and 4 points per touchdown.

Regardless of your league’s scoring system, now that the NFL has become a pass first league , fantasy quarterbacks are becoming what runningbacks have become in the NFL, a dime a dozen.  So if you are anything like me you ask yourself “when do I draft a quarterback?” and if you are like me you would answer “later in the draft” but then think to yourself, “well that’s what everyone is going to do!!! “

So what is the best strategy and who should I draft? Let’s first take a look at the quarterback stats using the standard scoring system, from last year and see where they all stack up.

Do you see any surprises?  Is it the top 10 quarterbacks scoring at least 17 pts per game? Not if you’ve been paying attention to QB stats the past couple years this really isn’t a surprise at all.  The only surprises I see are the four 1st year starters (Kaepernick, RG3, Luck, Wilson) in the top 15.  All four of these guys are considered to be on up and coming teams that appear to only be getting better.  All four of these guys had over 200+ yards rushing with 4 or more rushing touchdowns to go along with their passing stats.

The question we should all be asking ourselves is how big of a jump will these players make from year 1 to year 2?  Another question we should ask ourselves is are these guys more injury prone?  Well the short obvious answer is yes they are more injury prone but let’s look further into this.  Out of the four we talked about only 1 missed a start and that was RG3 who missed a whopping ONE game.  But that stat is a little skewed because Colin Kaepernick only started 7 games.

I believe there are 4 top tier quarterbacks who should probably be the first 4 off the board which will be Tom Brady, Aaron Rodgers, Peyton Manning and Drew Brees.  These guys should be the first 4 QBs taken unless your league has that guy who always drafts based on his favorite team.  We all seem to have that dummy. The dummy in my league is a Saints fan so he usually gets Drew Brees which doesn’t throw off the draft board too much but I’m sure some of you have the Cowboy fan who drafts Romo early every year.

After the top 4 guys are gone, there are some quality QBs left which includes the 4 guys we talked about earlier and the likes of Cam Newton, Matt Schuab, Matt Ryan, Matt Sttaford and Big Ben .  If you are keeping count, I just named 9 quaterbacks plus the top 4 to give us a total of 13 quarterbacks which doesn’t include guys like Tony Romo, Eli Manning, Joe Flacco, and Phillip Rivers who all have the potential to be fantasy studs.

Before we go any further let’s take a look at my top 4 tiers:

Top tier (in no particular order):

Tier 2 – 2nd year guys who I think can and should do even better this coming year (in no particular order):

Tier 3 (in no particular order):

I have 22 guys listed in my top 4 tiers which is a lot and depending on your league size and roster limits only 20 might be drafted.  If your strategy is to wait to draft a QB, I think this is the year you can do it confidently.  If you look at the stats I provided above there is only a 7 point difference between the top ranked guy and the 20th ranked guy.  You can easily make up those 7 points by getting quality runningbacks and receivers in my opinion.

Who are some quarterbacks that can have a breakout year?

I like Josh Freeman and Jay Cutler.  Freeman is coming off a down year but I think he can easily make the jump up from tier 4 to my tier 3 ranking.  He had over 4,000 yards passing last year and now that he has a legitimate running back behind him (Doug Martin) I can see him improving his TD/int ratio since teams will be concentrating on stopping Doug Martin more.  Jay Cutler has been injured a lot in his time in Chicago but he still has the arm and now that Chicago has finally addressed his horrid offensive line and now has an offensive minded head coach I think Cutler can be a top 10 QB.

Who are guys I would stay away from?

I would stay away from Joe Flacco and Michael Vick.  Flacco just signed a massive contract with the defending Super Bowl champs but he also lost Anquan Boldin and he isn’t coming off a huge fantasy season.  Plus teams will be looking to knock off the defending champions so he will be getting their best.  I am a Michael Vick kind of guy. I like his arm strength and his running ability but he just can’t seem to stay healthy and now he will be in the Chip Kelly offense.  No one knows how this offense will fair in the NFL and even if you think it will flourish (I think it will) I’d let someone else take the chance in drafting this guy.

The fantasy draft is all about minimizing your risk.  If you wait to draft a QB I think this year is the best year to do so while minimizing your risk. I think you can safely draft two running backs and two receivers before the top 10 quaterbacks are gone in the draft.  If you are lucky and get a top 10 guy keep this stat in mind, there is only a 5 point per game different between the #1 guy and the #10 guy.

Hope I’ve given some useful insight to your upcoming fantasy draft.  Good luck to all. 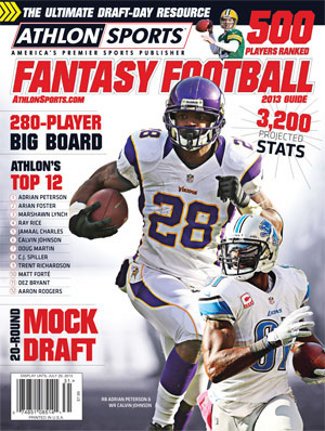 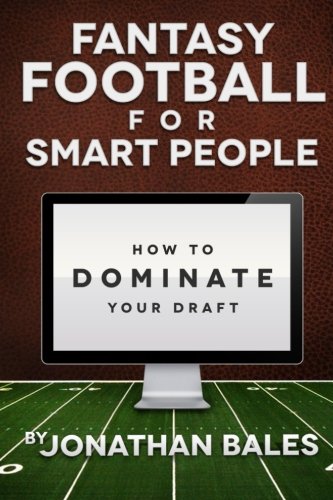