Should You Feed Your Dog Low-Fat Treats And Food?

The trend to remove fat from the human diet has slowly leaked over to the pet store. Go in any pet store and you'll see treats announcing themselves as 'low in fat' as a selling point. Low fat dog foods multiply on the shelves as the solution to unwanted weight gain. Many commercial dog foods, even if not labeled as specially low in fat, are quite low in fat. But is low fat appropriate and healthy for dogs?

There's a lot of fuss, controversy and beliefs being tossed around in the dog feeding world today. Some people insist dogs are still just wolves under their collars and should be fed highly carnivorous diets- the raw diet trend. Others point out that dogs have evolved for thousands of years to live off of human garbage, and therefore they should be fed diets that resemble human diets. Others prefer to look at the nutritional need profiles generated by the NRC and the AAFCO and think that's the best way to devise dog diets.

One interesting approach to feeding dogs is the "instinctual diet." This approach is based on the idea that if given unlimited choice in feeding, an animal will naturally seek out the diet that best fits its nutritional needs. We have some concerns about the truth behind this idea- people, for example, when left to select foods seem to prefer cheesecake over dark leafy greens. And we know of many ponies who would happily eat sugary sweet feed until they died even though there was healthy green grass all over the place. But let's put these concerns aside for now.

A group of researchers set out to figure out what sort of diet pets prefer to consume. Interestingly enough, the cats selected the exact kind of diet you'd expect.[1] Note there is no controversy over what kind of diets cats need- they are obligate carnivores. Most commercial cat diets don't meet cats' dietary needs at all, but that's beside the point. We know what the best diet for a cat is, and it's a fresh, whole mouse. So anyway the researchers offered cats choices of diets and yes, they selected a diet that mimicked the macronutrient content of a whole mouse. Their selected diet also closely matched that of feral cats. Basically, they wanted 52% of their calories from protein, 36% from fat, and 12% from carbohydrates.

So these researchers did the same experiment with dogs.[2] The results were a little surprising- the dogs wanted to eat a diet that provided 30% of calories from protein, 52% from fat, and only 7% from carbohydrates. These numbers deviate sharply from a strict carnivorous diet, and they also deviate sharply from the NRC nutritional profile numbers. They don't match at all with most commercial kibble dog diets, which tend to be heavy on the carbohydrates and light on both fat and protein.

The instinctual diet is quite high in fat.

We know for a fact that dogs are descended from wolves, splitting off from the wolf around 14,000 years ago. This fact leads many to suggest we should feed dogs a diet that is similar to what wolves eat. However, there is a lot of evidence to suggest that dogs are quite a bit different from wolves at this point in time. For example, dogs have developed the ability to digest starches, which wolves cannot. Dogs are simply more omnivorous in nature than wolves.

Wolves generally eat a diet that provides 52% of calories from protein, 47% from fat, and 1% from carbohydrates. Many commercial raw diets for dogs are formulated to be close to this dietary macronutrient profile. Wolves usually hunt large animals such as elk. They preferentially consume the organs first and only eat the lean-protein muscle tissue later. They crack the bones to get the fatty marrow out.

Note that the "ancestral diet" is almost as high in fat as the instinctual diet.

Fat is not harmful to dogs

Many researchers have attempted to find adverse health effects of dietary fat on dogs, and have failed. Even extremely high-fat diets don't seem to cause any health problems in dogs. Dogs who engage in endurance racing (aka events like the Iditarod) are fed diets that are primarily fat, and they do very well on these diets. Studies of the athletic performance of dogs suggest that dogs have more endurance, more energy and are more resistant to injuries if they are fed high-fat diets. You'll note that many commercial "sporting" dog diets offer higher amounts of fat than is the norm in commercial dog diets, due to these studies.

Dogs' bodies preferentially burn fat as energy, even when at rest. Their bodies seem specially designed to run on fat. They have a much higher innate ability to oxidize fat than do humans.

Perhaps you have heard that high fat diets will cause pancreatitis in dogs? Not in general. The vast majority of dogs simply don't get pancreatitis regardless of what they eat. It is unclear why a few dogs develop pancreatitis- perhaps a genetic tendency? Often the diet is blamed, but there's no real evidence to support this. It is true that after a dog develops pancreatitis they may need to eat a special low-fat diet. But this has nothing to do with the dietary needs of healthy dogs. 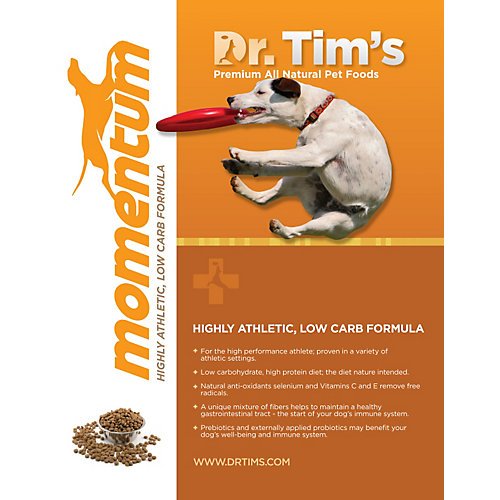 What about controlling body weight?

Many pet dogs today are overweight. Most of the commercial diets on the market intended to help pet owners control their dog's body weight are low-fat diets. However, research into weight loss in dogs finds that low-fat diets are not the best option. The ideal weight-loss diet for a dog is one that is very low in carbohydrates, not one that is low in fat. High-carbohydrate diets (and overfeeding) seem to be the major reason why so many fat dogs are seen today. Most commercial dry dog diets are extremely high in carbohydrates. Unfortunately, most low-fat dog diets are even higher in carbohydrates. Carbohydrates in dogs seem to trigger fat deposition, so the last thing you want to feed a fat dog is a low-fat high-carbohydrate diet.

An advantage to feeding a dog on a weight-control regimen a higher fat diet is that fat is very filling. Many people report their dogs seem ravenous when fed the low-fat "lite" dog diets, regardless of how many cups of food the dog eats. Since the most important aspect of controlling a dog's weight is to feed a restricted number of calories, namely not very much food, a diet that makes the dog feel fuller is better. You can always add bulk to a higher-fat diet with canned green beans or pumpkin to make the dog feel even fuller.

What about protein- how much is too much?

Regardless of how people approach the situation they always seem to conclude that the ideal protein level in a dog's diet should be around 30% of calories from protein. Many different studies always seem to arrive at this number as "the ideal" amount of protein for a dog. Interestingly, it is also the exact same number as that provided by the instinctual diet studies.

Feeding a diet with less than 30% of calories from protein causes a lot of adverse health effects in dogs. Everything from reduced endurance, poor muscling, stiff gait and increased rates of injury.

There are no known adverse events caused by feeding dogs higher amounts of protein. Many people mistakenly believe that high protein will damage kidneys, but this is completely untrue. Dogs can be very healthy on diets that provide 50% or even more of calories from protein. There do not, however, appear to be any health advantages gained by going over 30%, but it's not harmful. 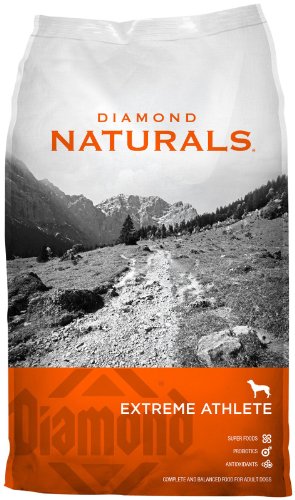 What would the instinctual diet look like in a bag?

If you want to see how your diet breaks down, well, calculating the percents of calories from the information provided on bags and cans is somewhat difficult. We suggest just looking your food up on dogfoodadvisor, where the calculations have probably already been done for you.

Fat is excellent for dogs. It is what their bodies are designed to run on. Deliberately looking for or buying special low-fat treats and foods is not in your dog's best interests. Most commercial kibbles are already too low in fat to be an ideal diet for a dog. 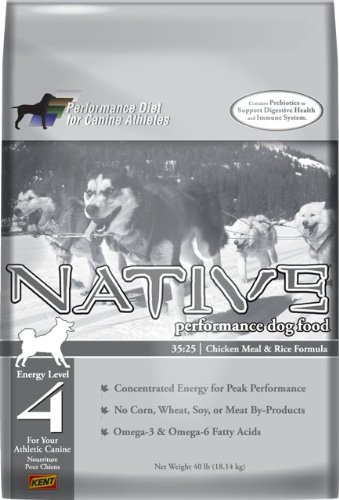